Nothing can be fun and stressful simultaneously, like hosting tournaments. No matter how difficult it seems to be, you can exercise it as a hobby or even join hands with workmates or friends to plan varying tournaments. When it comes to the tournament, most people prefer using a tournament bracket template to organize tournament events since it makes the entire process easy.

What is a Tournament Bracket?

A tournament structure is a structure that displays the associated games, categorization of players, and the knockout game series. Besides, it displays this crucial information using a visual format. This makes it easier for anyone to follow to its logical end.

What Is a Tournament Bracket Template?

A tournament template is a document used to keep records of the results of games, schedules of tournaments, and the players’ information using a visual format. Similarly, it allows you to collaborate on the given tournaments and distribute brackets across the team or company. 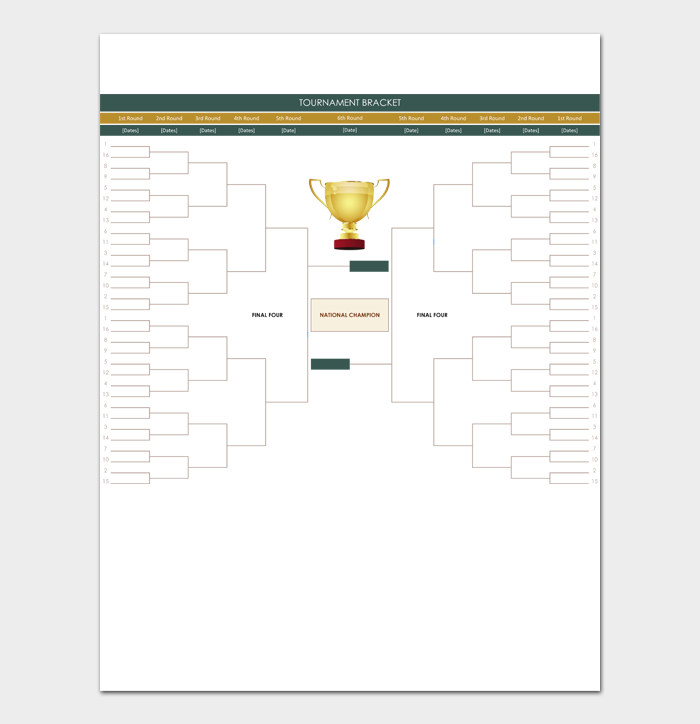 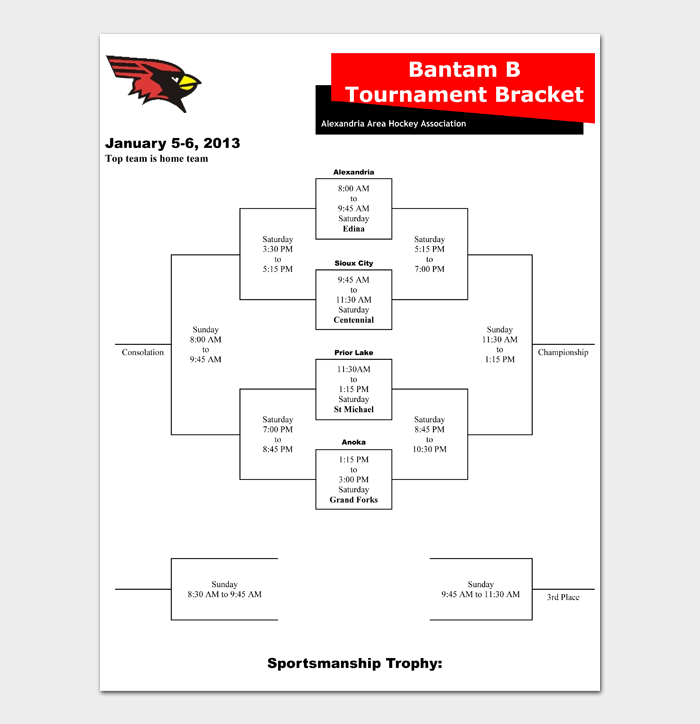 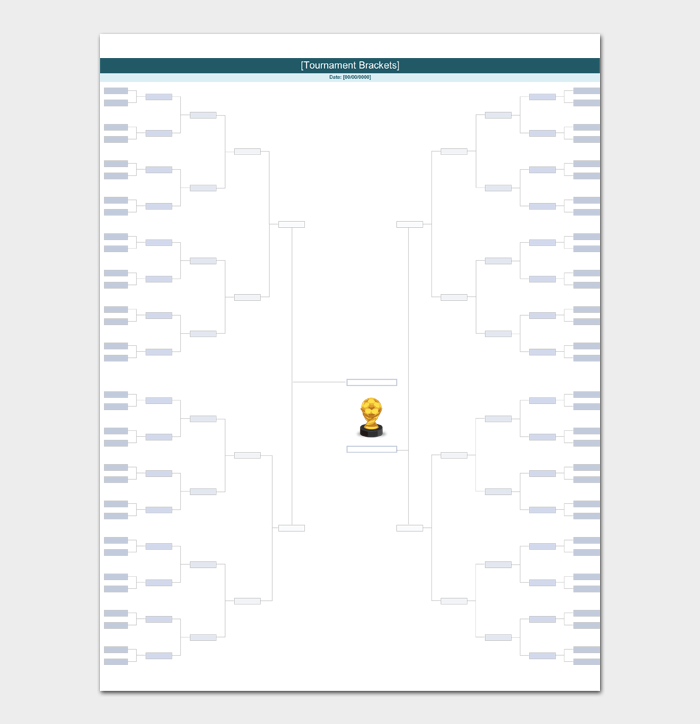 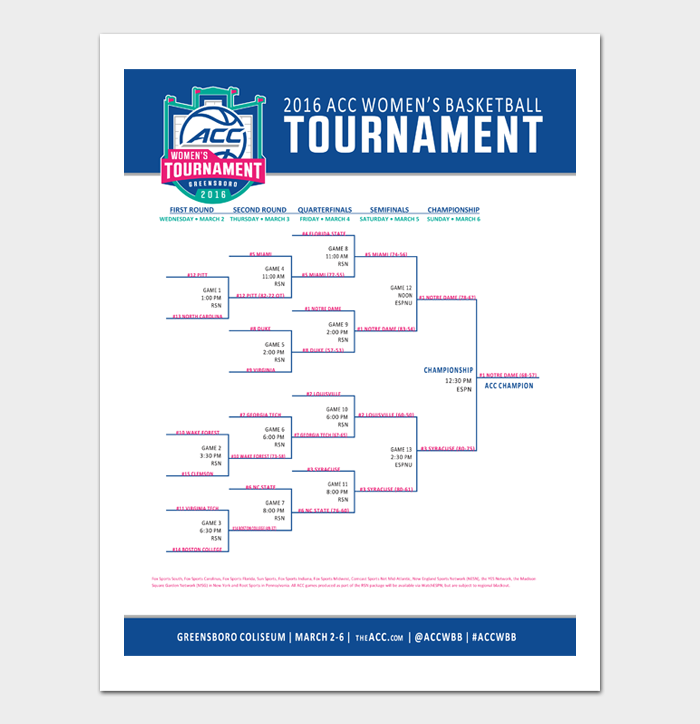 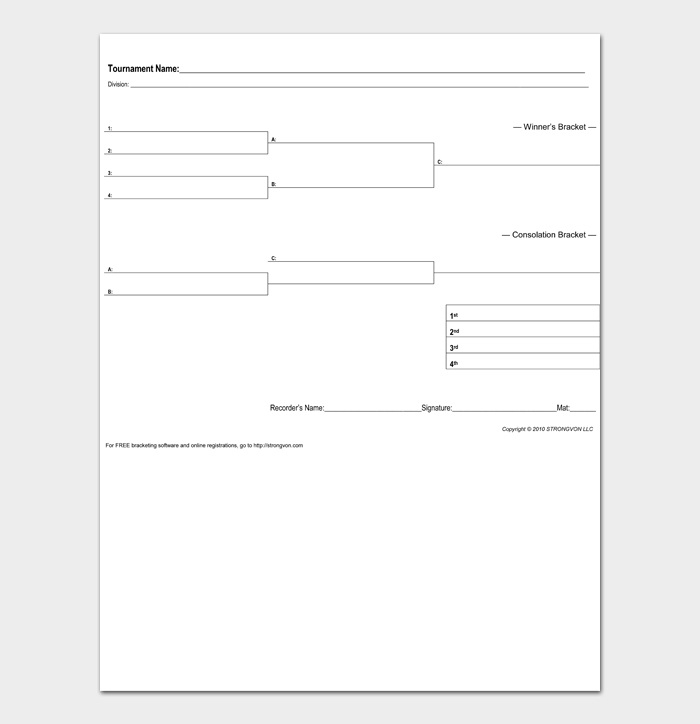 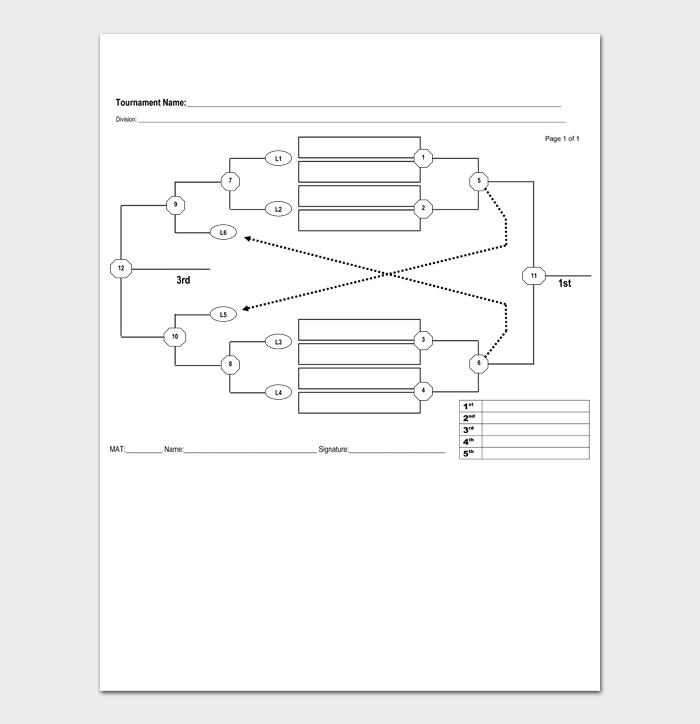 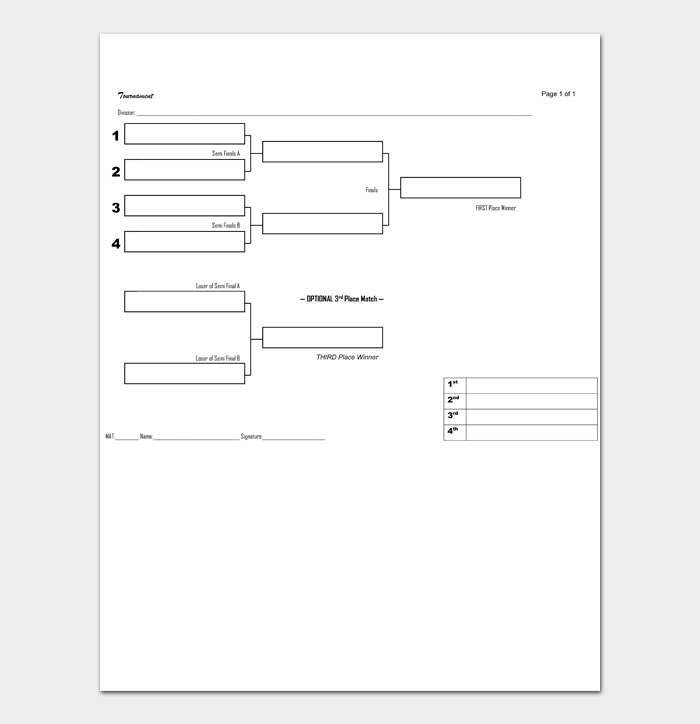 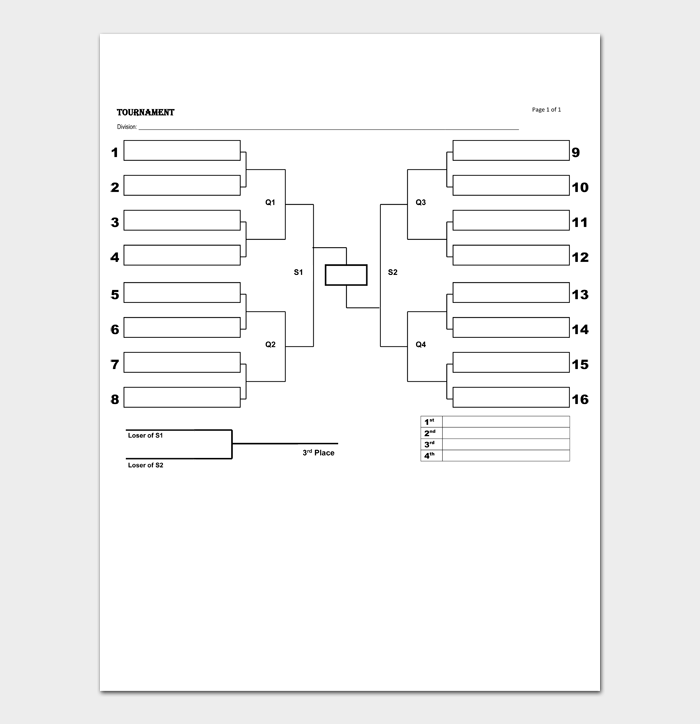 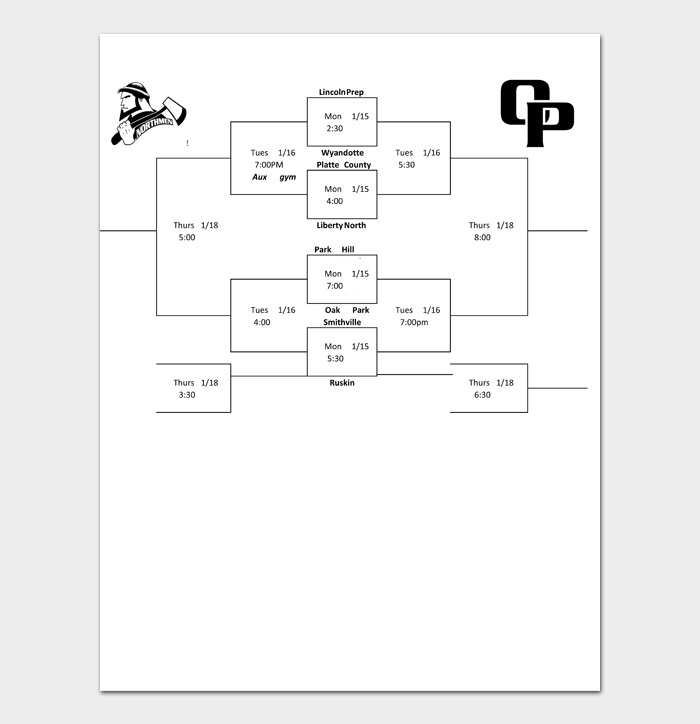 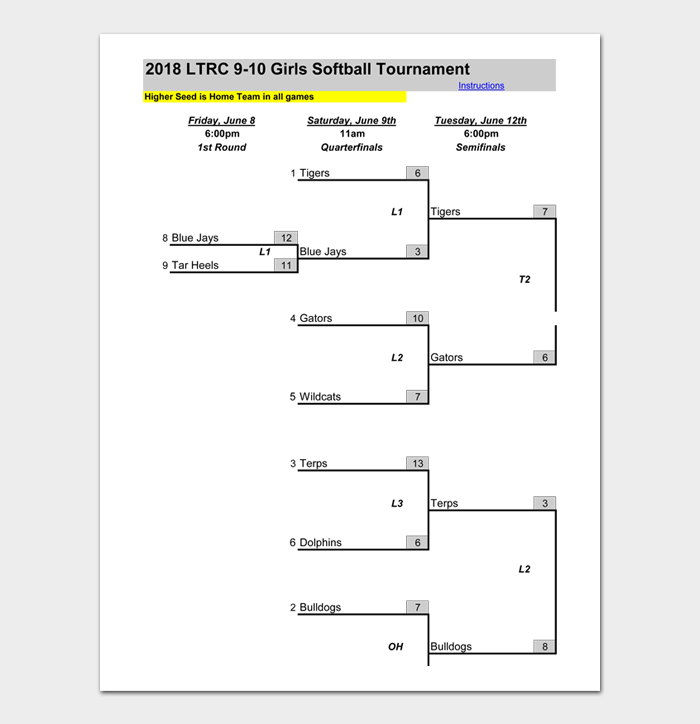 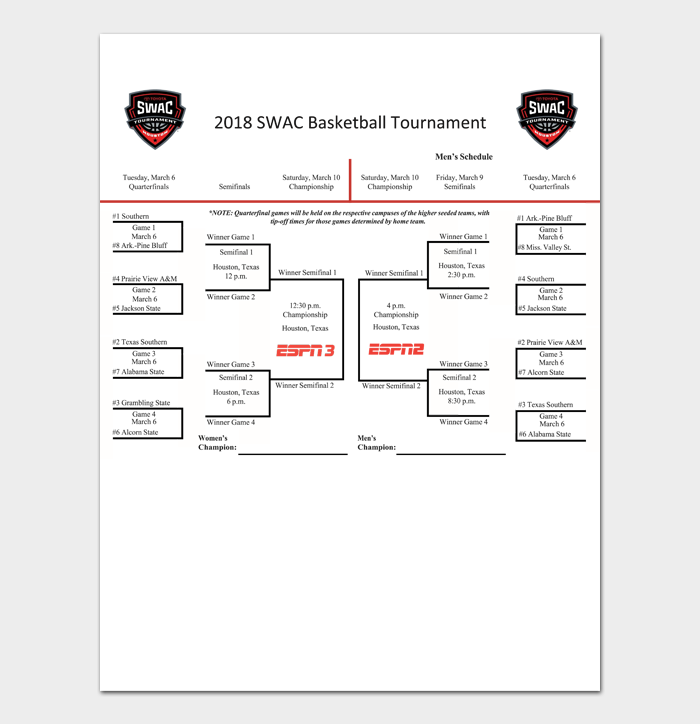 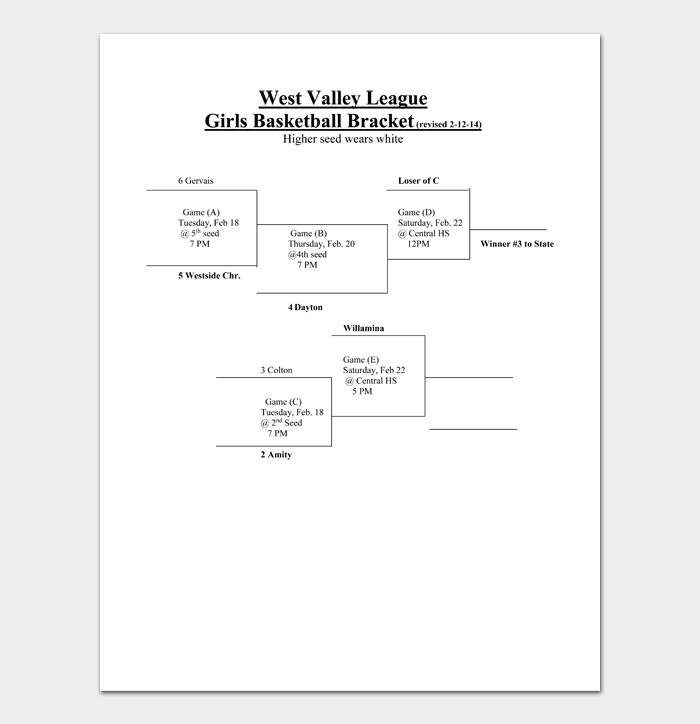 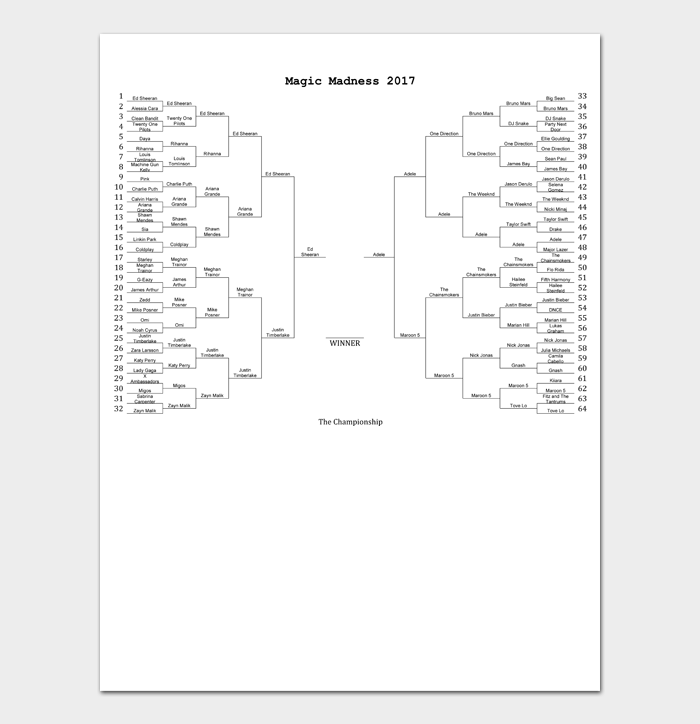 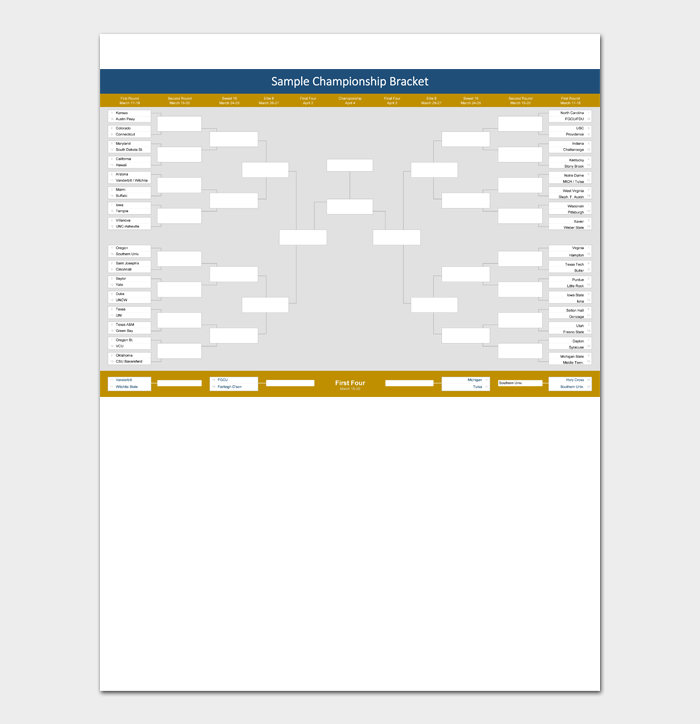 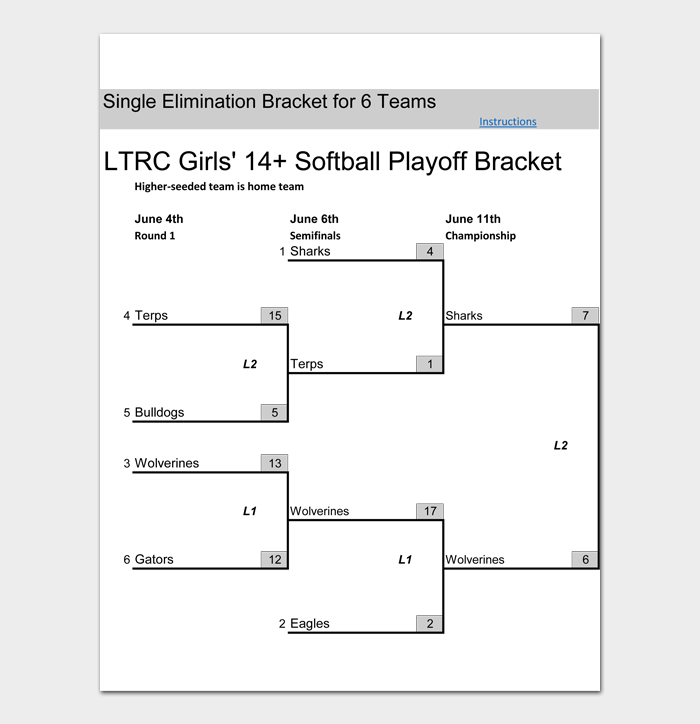 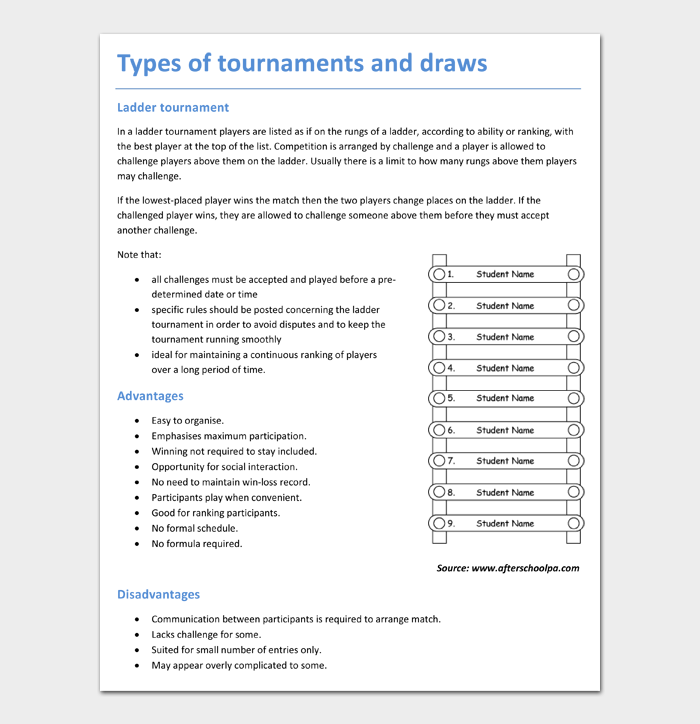 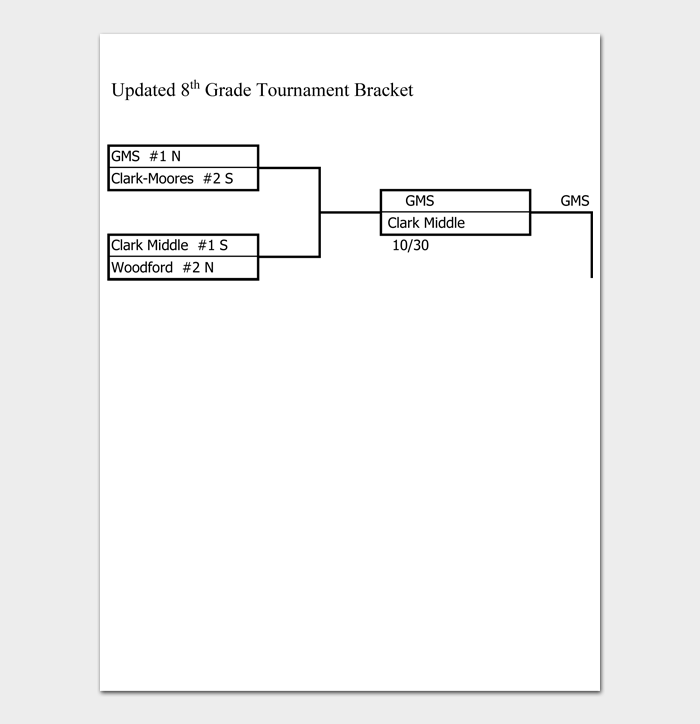 How do Tournament Brackets work?

First, you must understand that tournament brackets stand in for the games’ schedules and layout visually. It also permits enthusiasts interested in following specific games to develop a few arrows that might lead them from the beginning of the game or tournament to the finish line. As mentioned earlier, it also displays critical information, such as the match officials, venues, and schedules.

Sports that May Require a Tournament Bracket Template

Bear in mind that tournaments are in different forms as well as shades. Additionally, they also display unifying and different characteristics. Below are a few sports that might need a tournament bracket template:

Here are a few reasons for using the tournament bracket templates:

For future reference use

It facilitates how you host tournaments

With this template, you will find it easy to host tournaments. This bracket allows officials and organizers to plan where and when the matches will be held in advance. On the other hand, this template helps you to avoid unnecessary confusion.

Tournaments are full of disputes. However, using these brackets, you can avoid such disputes because it gives you a heads up of when the match is likely to happen and the protagonists present in the match.

Before the match, people usually want to prepare early for the matches. This is manageable through the use of the tournament brackets. With this template, you will know which matches you should prepare for in advance and which ones you should skip.

It keeps track of how the match grossed

How to Make a Tournament Bracket Template (Microsoft Word)?

Using the 2010 – 2013 Microsoft Word or latest version, you can confidently develop a tournament bracket template. You only need to ensure you draw the text boxes and connect lines. Suppose you find this difficult. You can opt to utilize organizational charts, which feature boxes. The software will then position size and automatically link up the lines. Here are steps that will guide you make a tournament template:

How to Make a Tournament Bracket Template (Microsoft Excel)?

Whenever you plan to make your elimination bracket form, ensure you go through the Microsoft template because it will assist you in drafting ideas. Remember, your tournament format and the sum number of the teams participating will determine the form your bracket is likely to take.

If you want a simple form, choose a single-elimination tournament. Moreover, a horizontal pyramid layout is appropriate for a few teams resulting from a single division or league. Each round divides the figure of progressing teams in half. With this, you can easily figure out the number of rounds, which translates to rows in the Excel spreadsheet. Below are steps of making a tournament bracket template in Microsoft Excel:

Step 1- Layout your first round

Enter the teams’ names in a column labeled A. The row you choose to start from depends on the kind of information you want your tree diagram to feature above. Enter the information on your page header or in your spreadsheet cells. Besides, compact brackets feature a blank cell between every bracket spot. Ensure you keep an odd figure of blank cells to allow listing an advancing team, especially between the team names. If you lack the team names, utilize the cell outlines and fill colors in these specific cells.

In column B, enter the spot for the first-round winner. The second round of spots is created for every pair of teams in the first round. This happens in column B cell halfway between column A team names.

Step 3- Develop a third round and champion spots

For the third round, use column C and ensure you use the same concept. List the finalists in cells C12 and C4. Then cell C8 features your tournament winner.

With the comprehensive post above, you are now well equipped when it comes to the handling of tournaments. If you use the above-given guide, you will likely succeed preparing a perfect tournament bracket template. 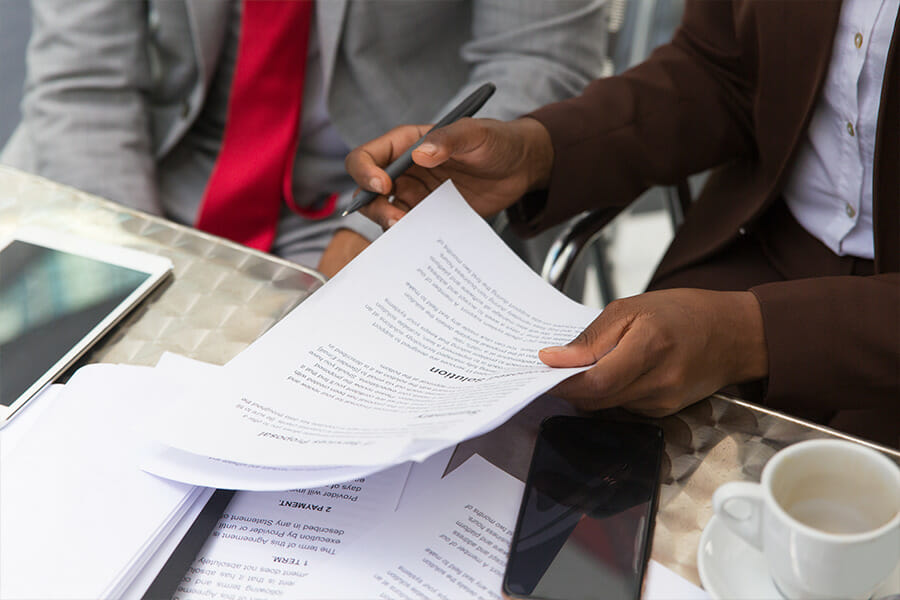 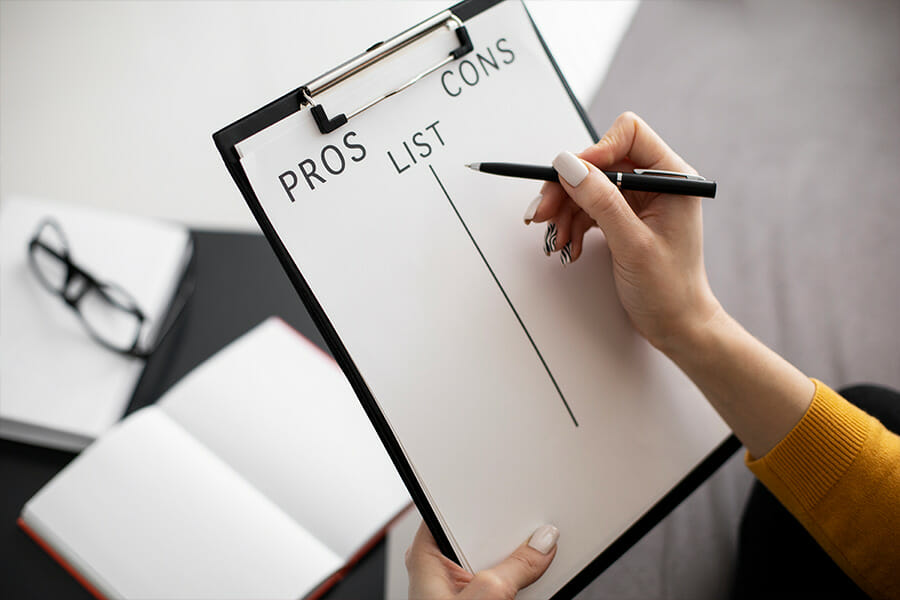 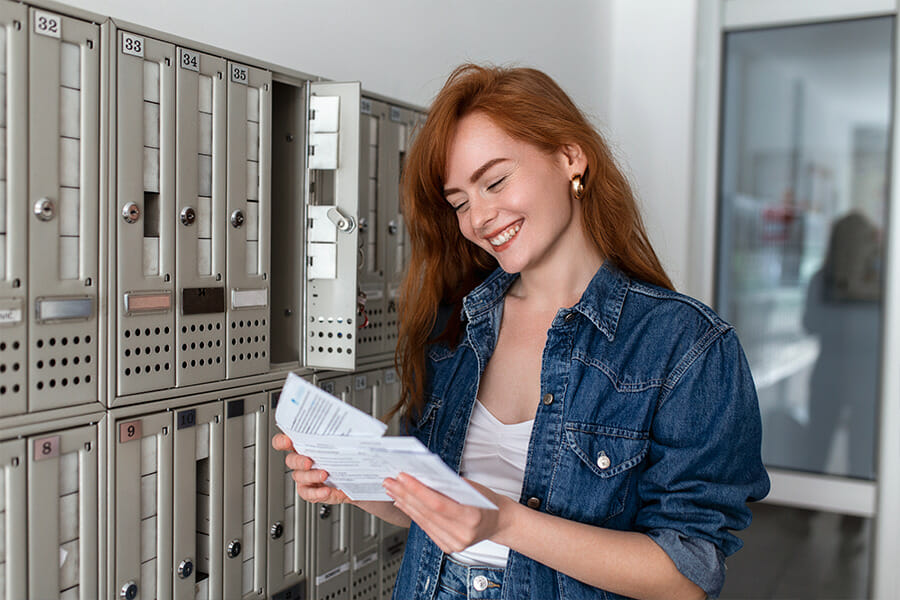 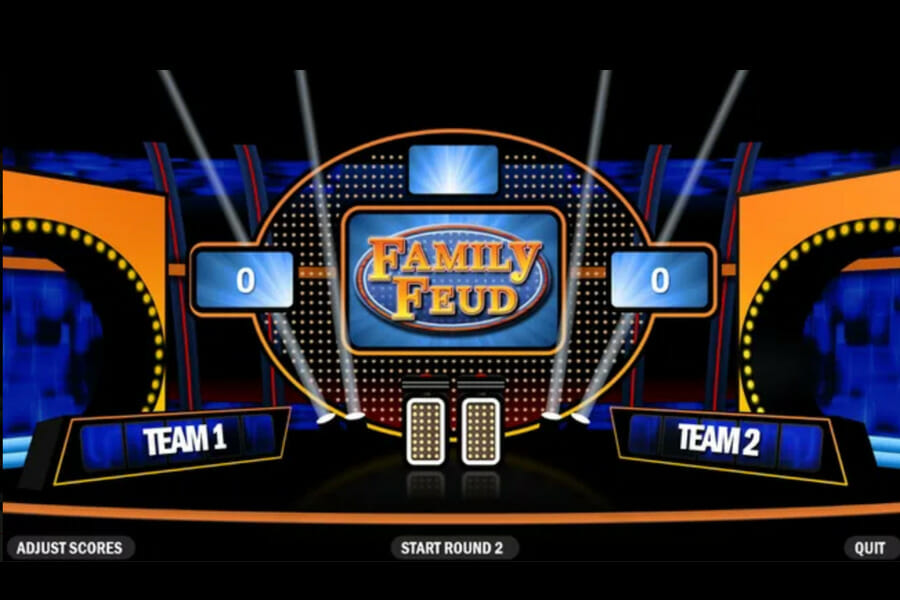 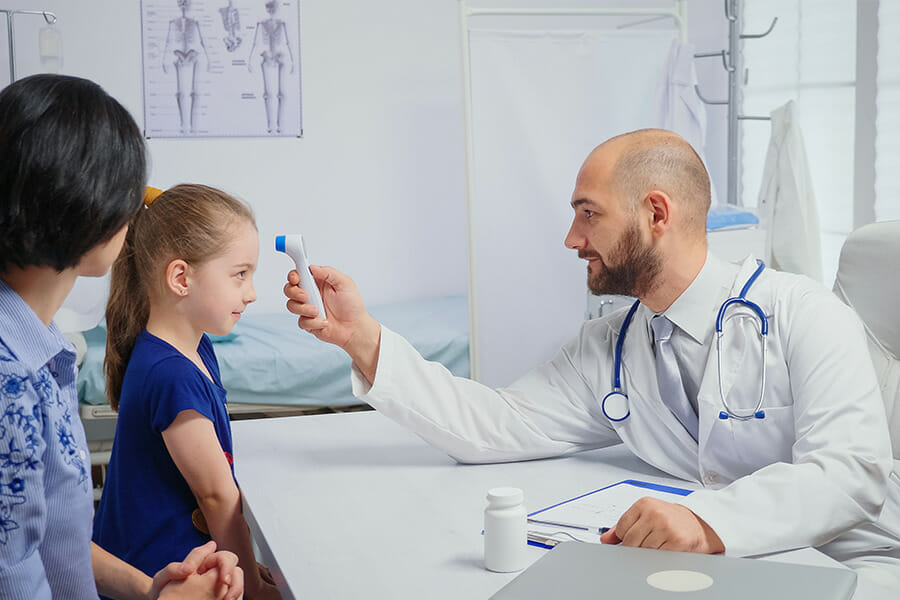 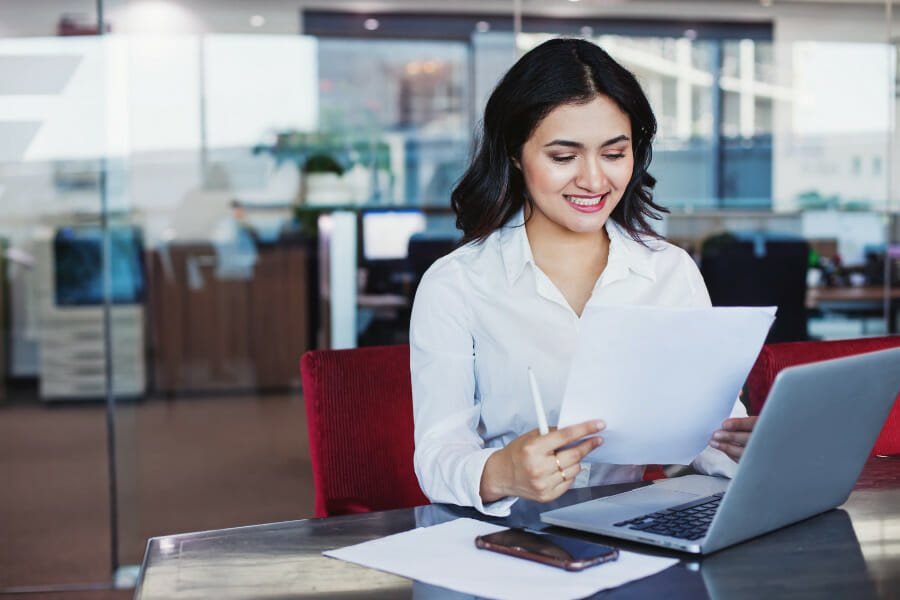 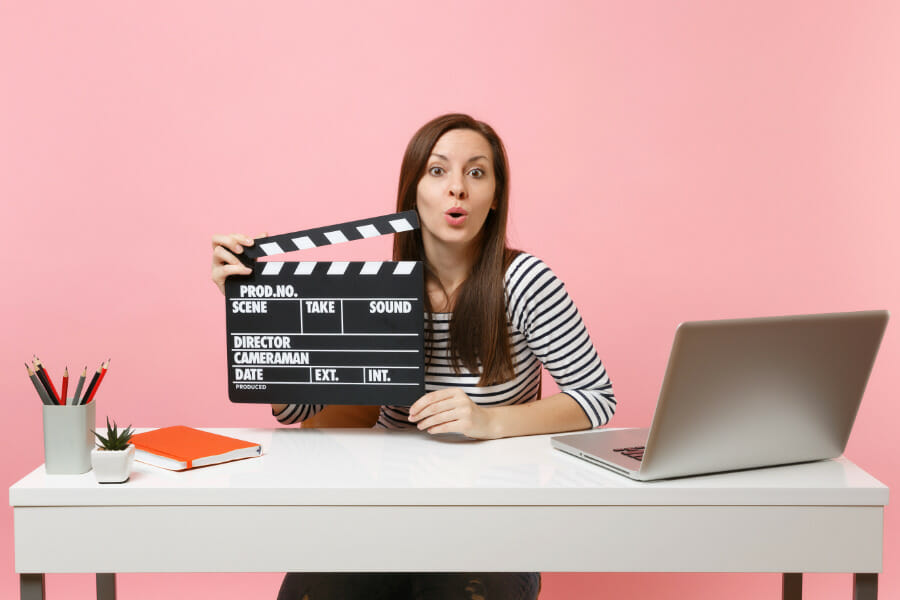 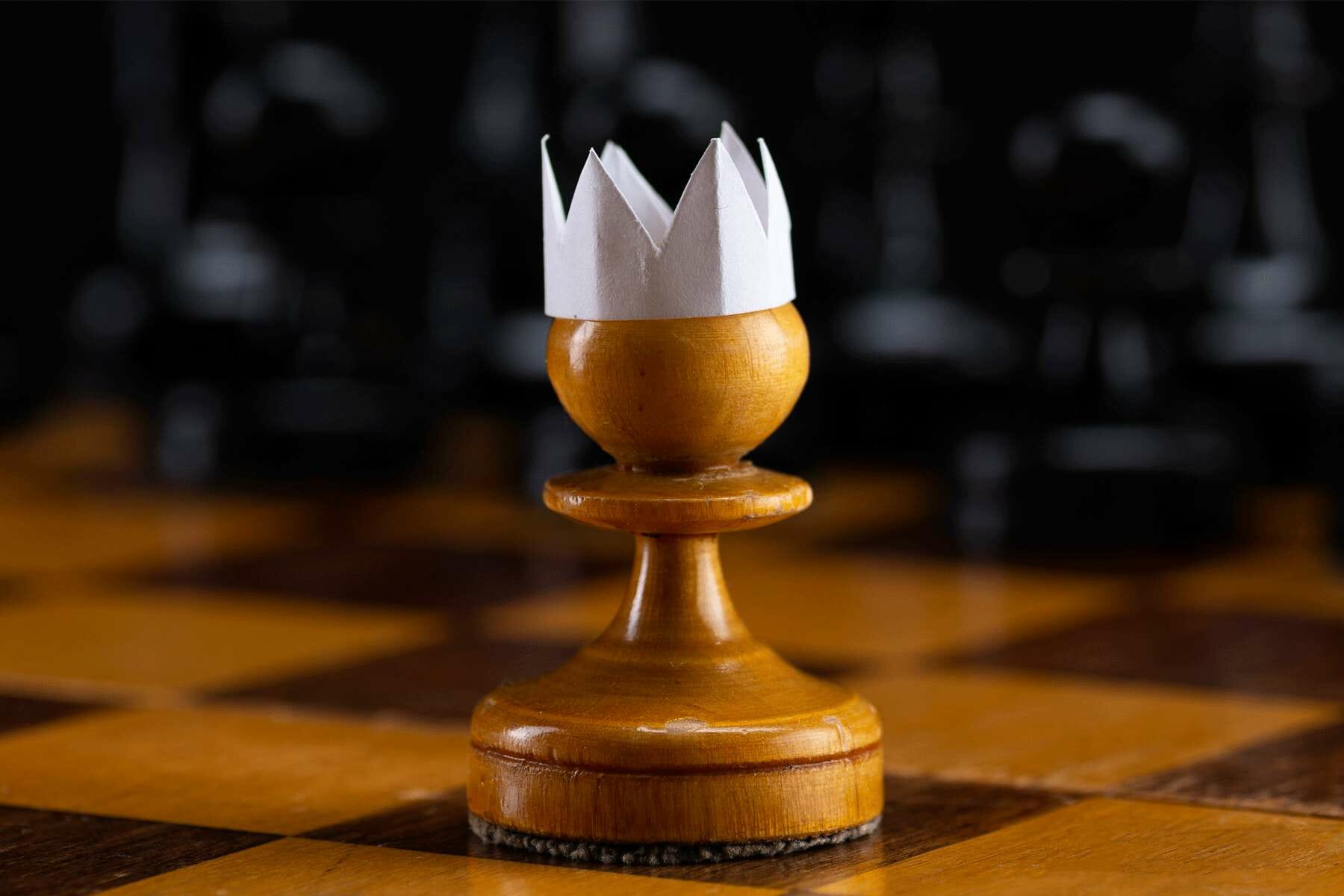