When you first hear a military person give you the time, it will take you a few seconds to do the quick math to determine the actual time. This is because when spoken in military time, 07:00 might be stated as “oh seven hundred” or “zero seven hundred.” For most daily activities, military personnel uses local time as their point of reference. In the military, “report to duty at 0700 (zero seven-hundred),” means you need to report for duty at seven a.m., local time.

Unless you were brought up in a military household or the barracks, you are unlikely to be familiar with the way the military tells or keeps time. The military day commencers at midnight written as 00:00. Sometimes 00:00 may be written as 24:00. The day’s last minute is written as 23:59 or 2359. Often, these timestamps are written without the colon, and therefore, 07:52 might be written as 0752.

How to Read Military Time

Using a military time chart helps in eliminating the risk of mixing up 5 pm and 5 am when working across different time zones or in situations that a mistake in timing could have dire consequences. The military time chart is not just used in the military but by emergency services such as hospitals and astronomers.

When spoken military times are also unique. Here are some examples: 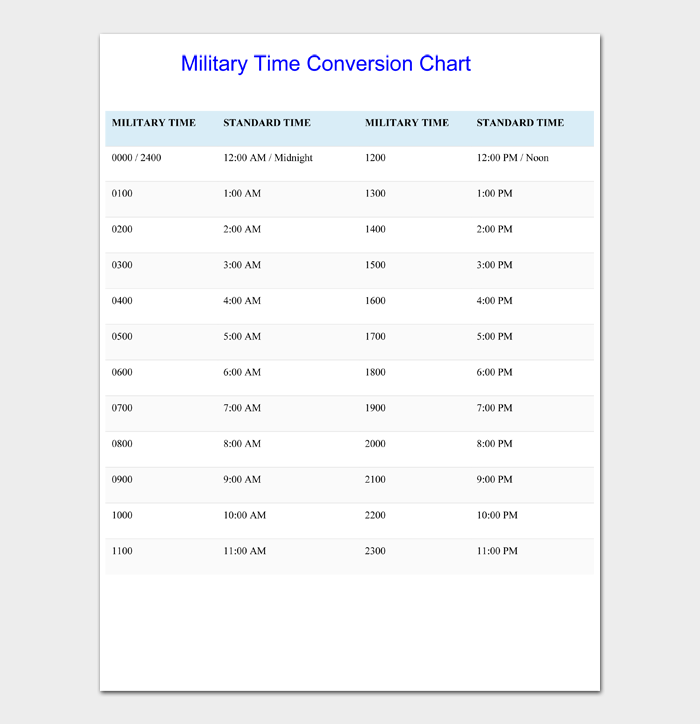 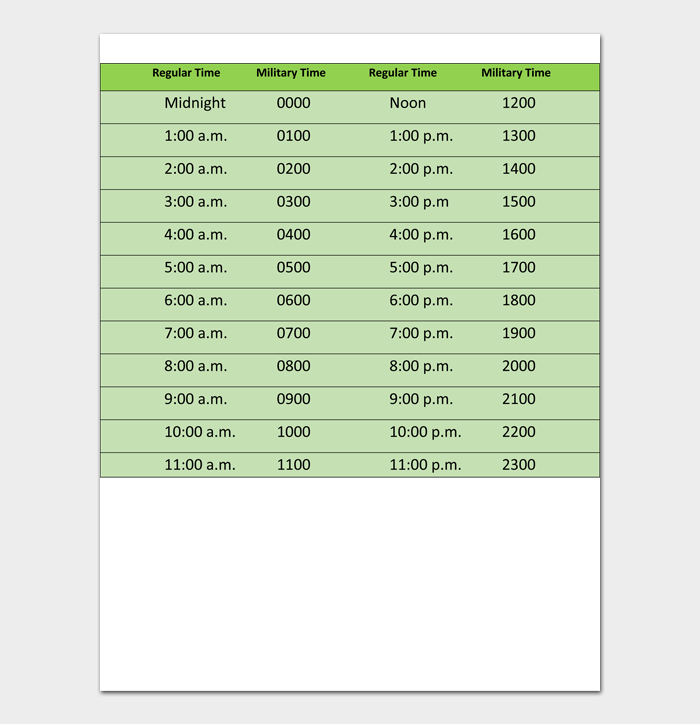 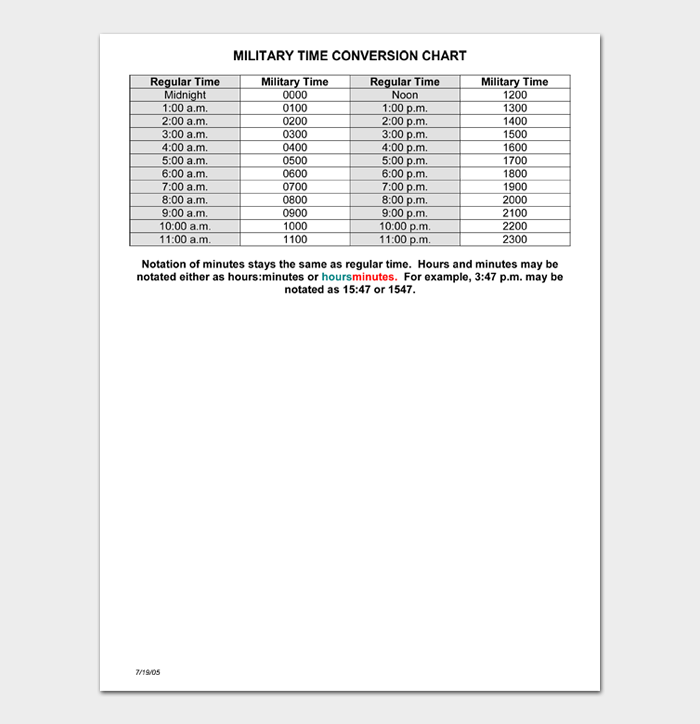 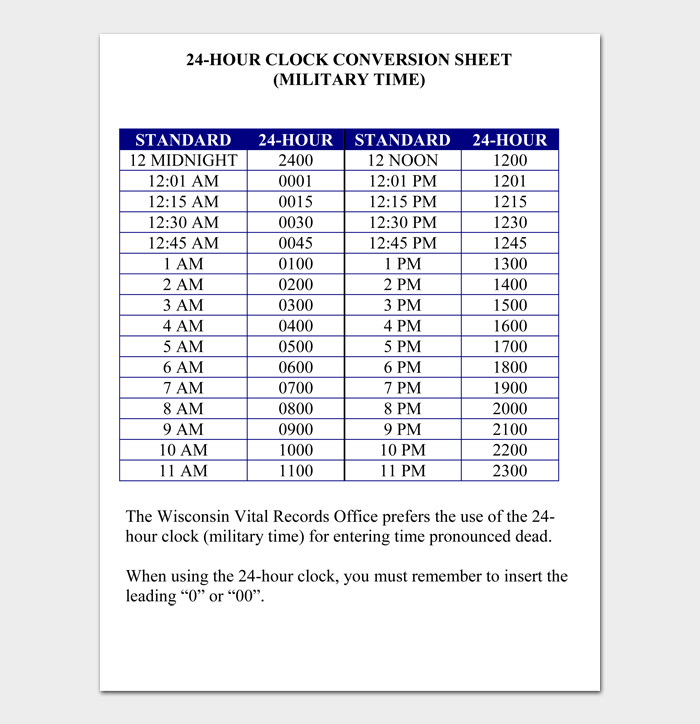 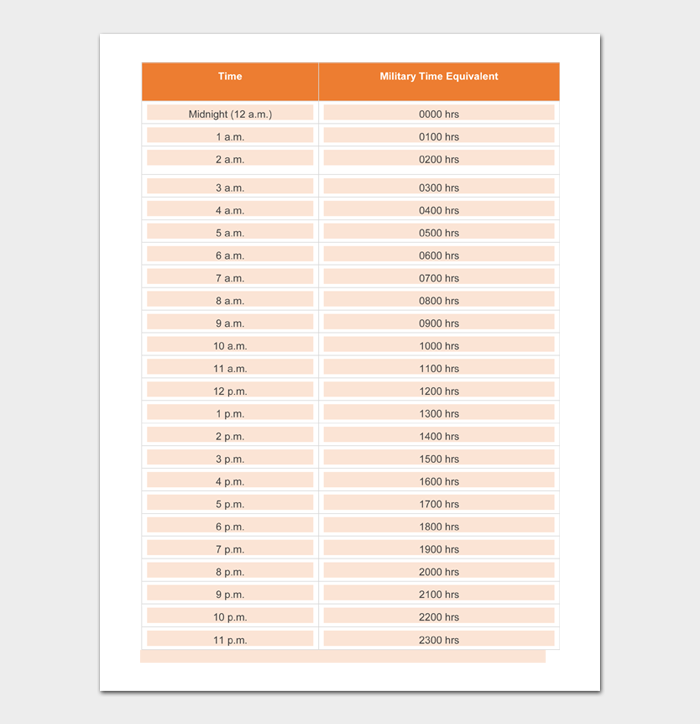 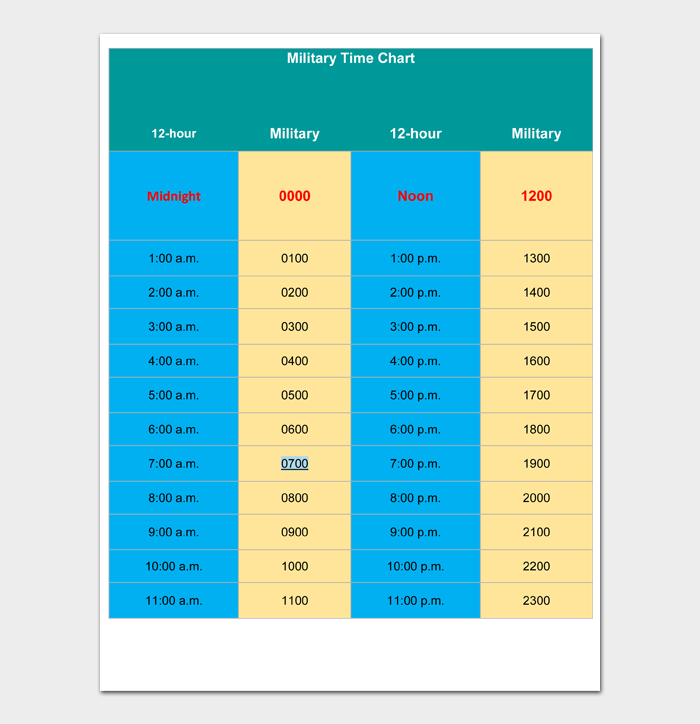 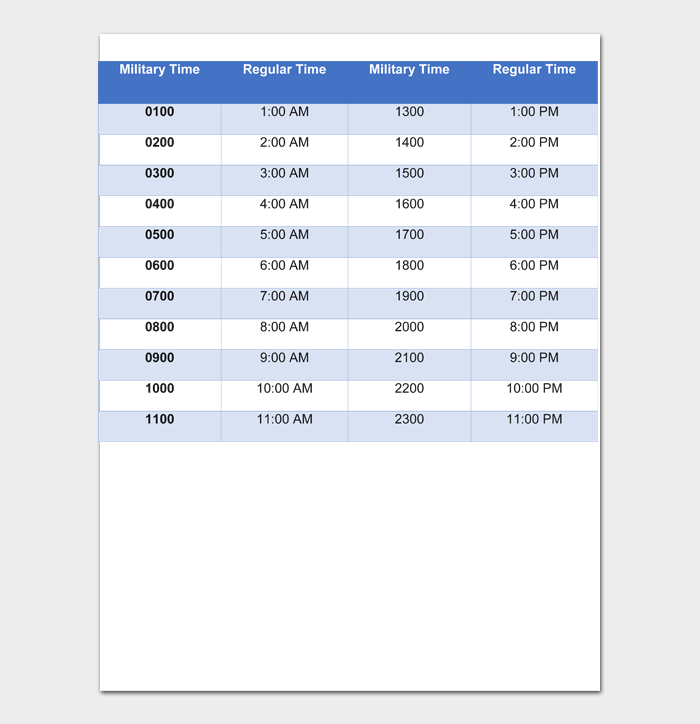 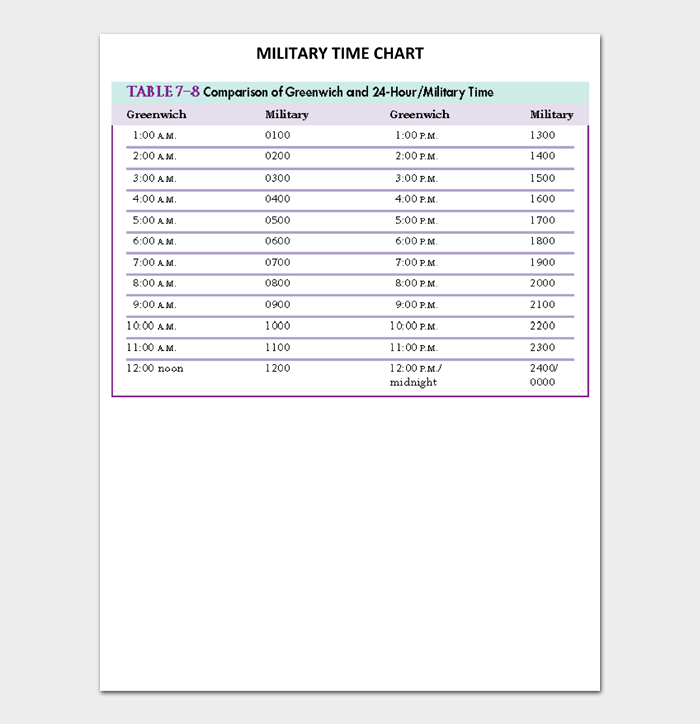 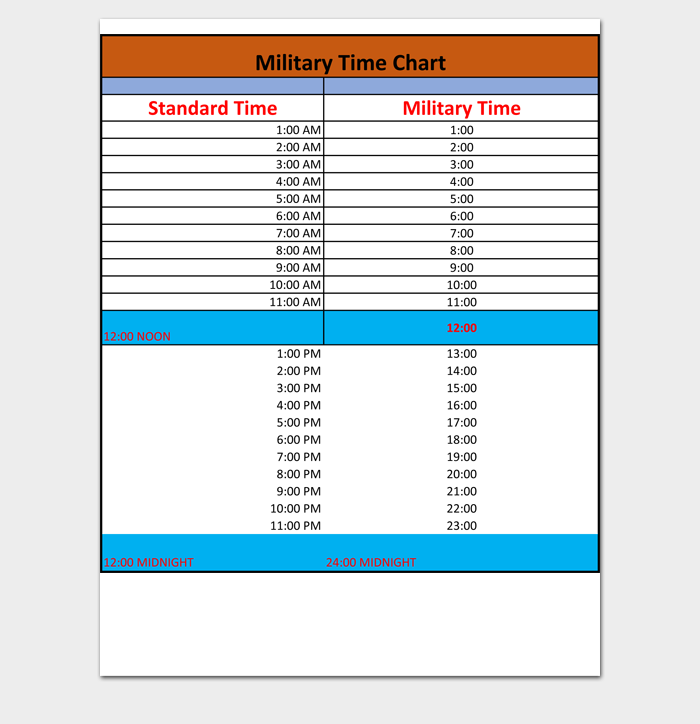 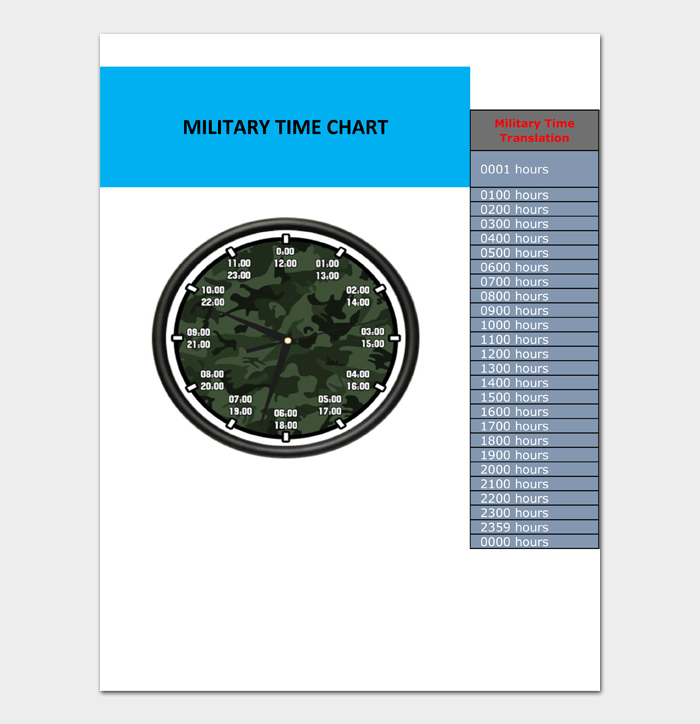 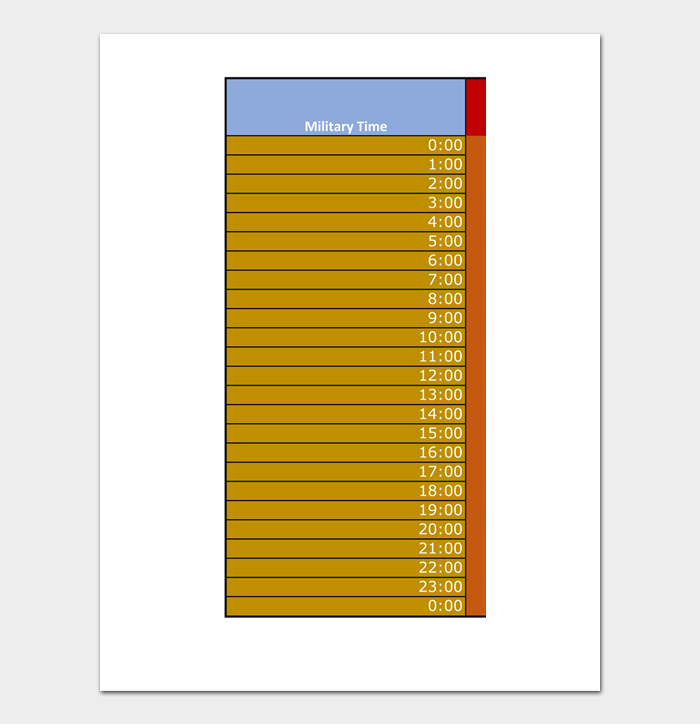 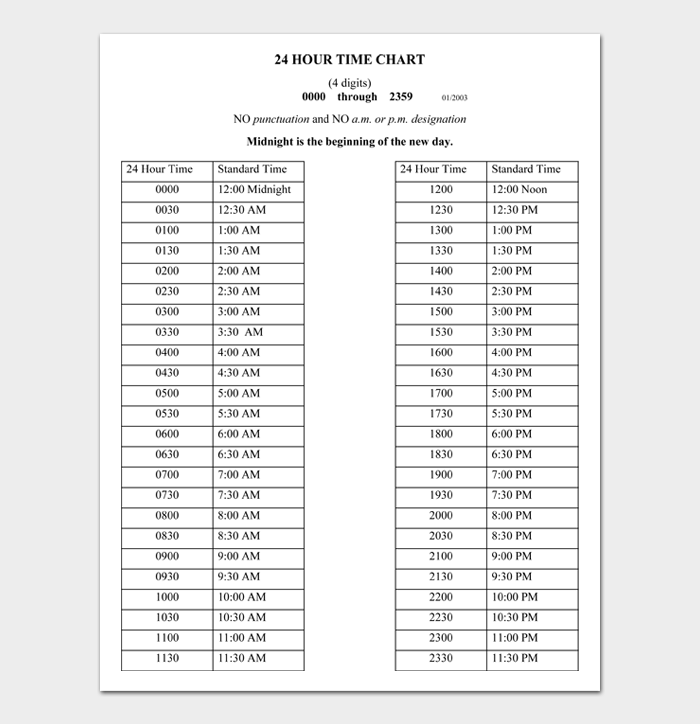 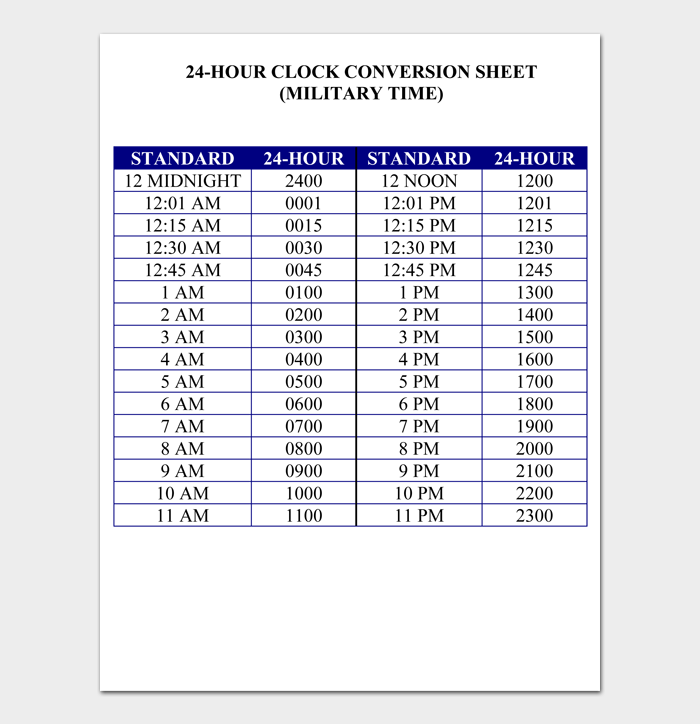 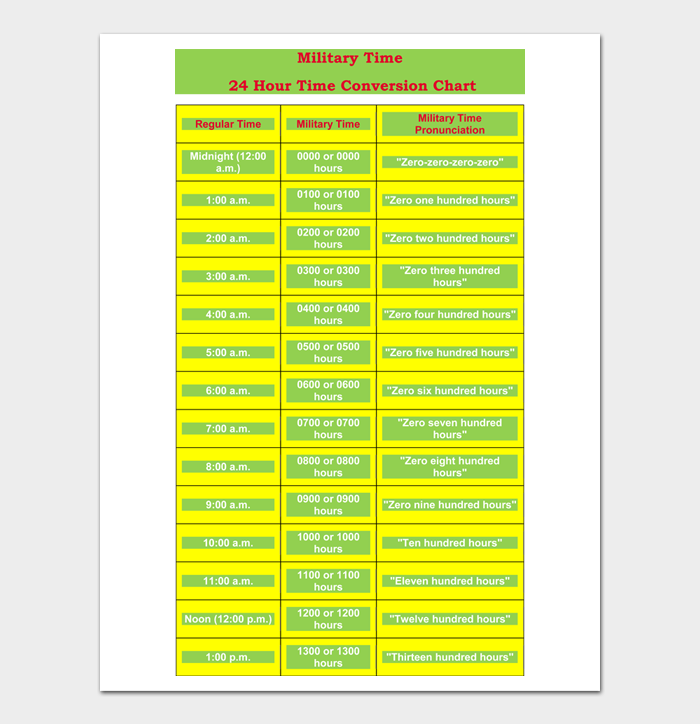 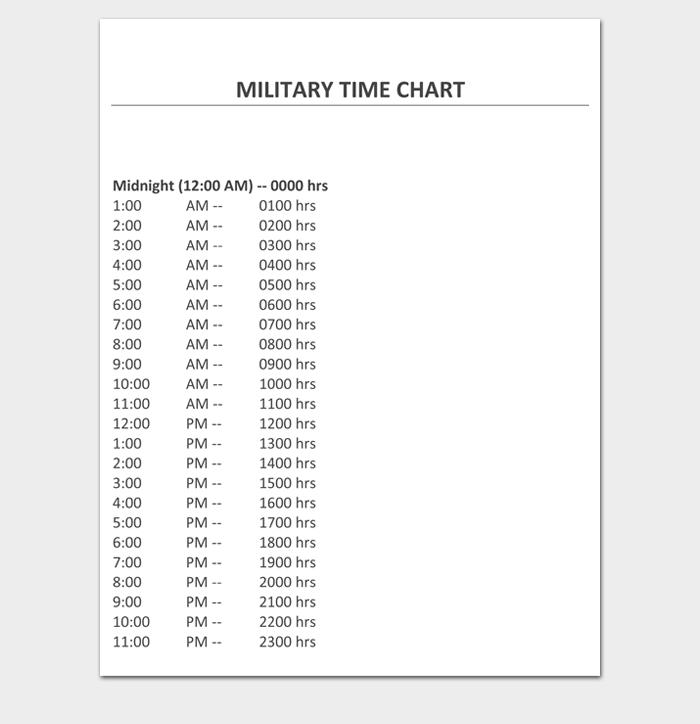 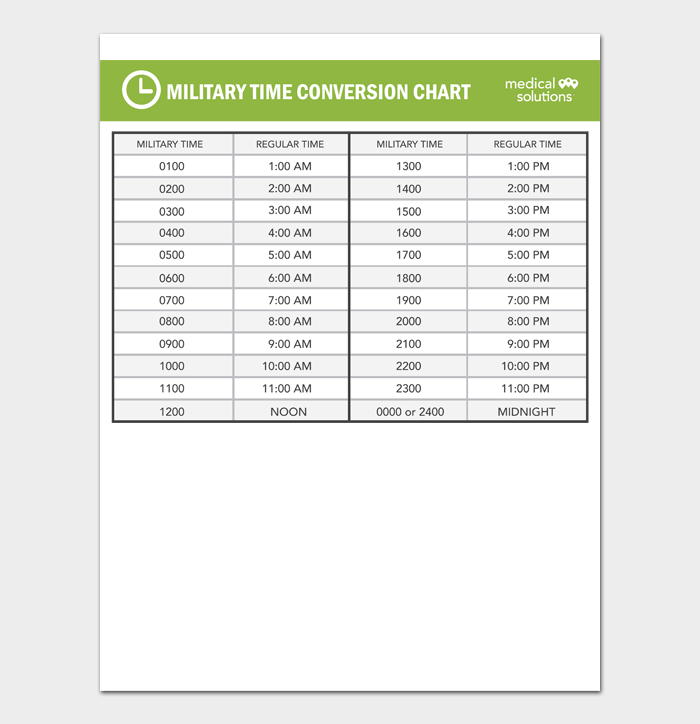 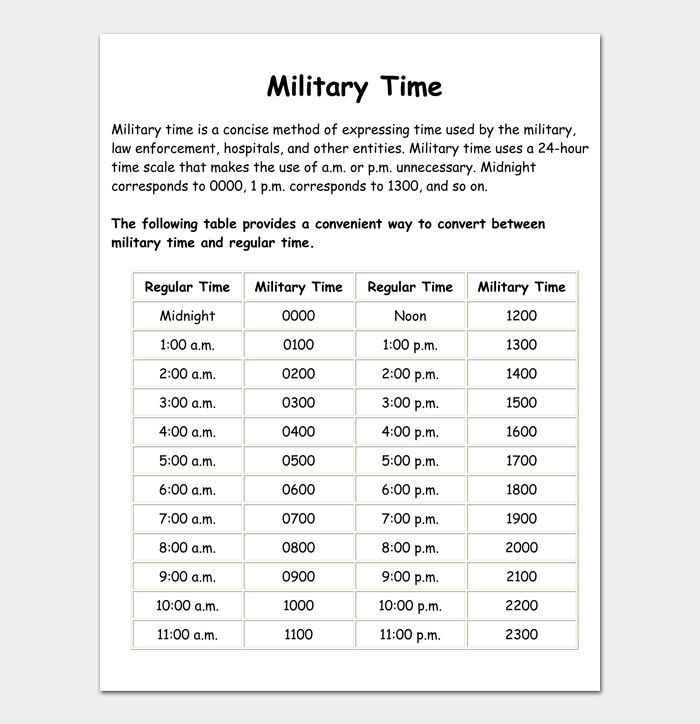 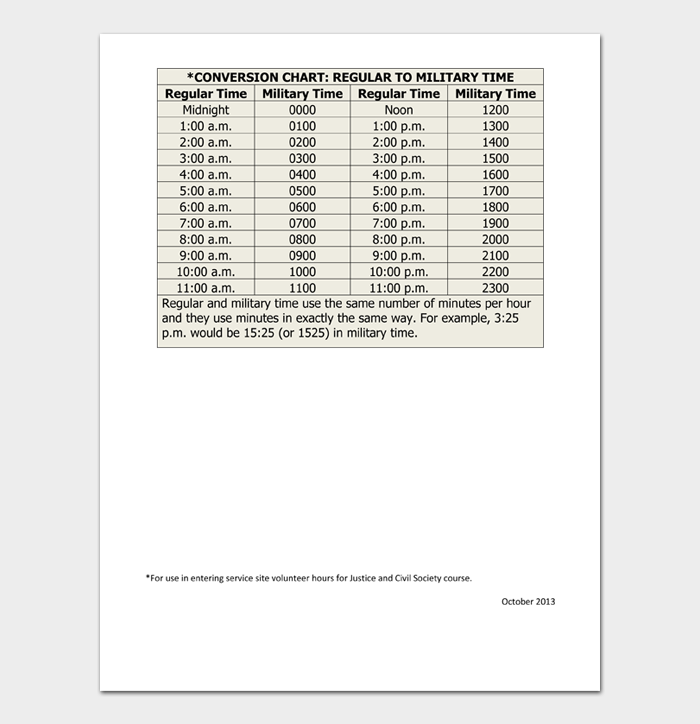 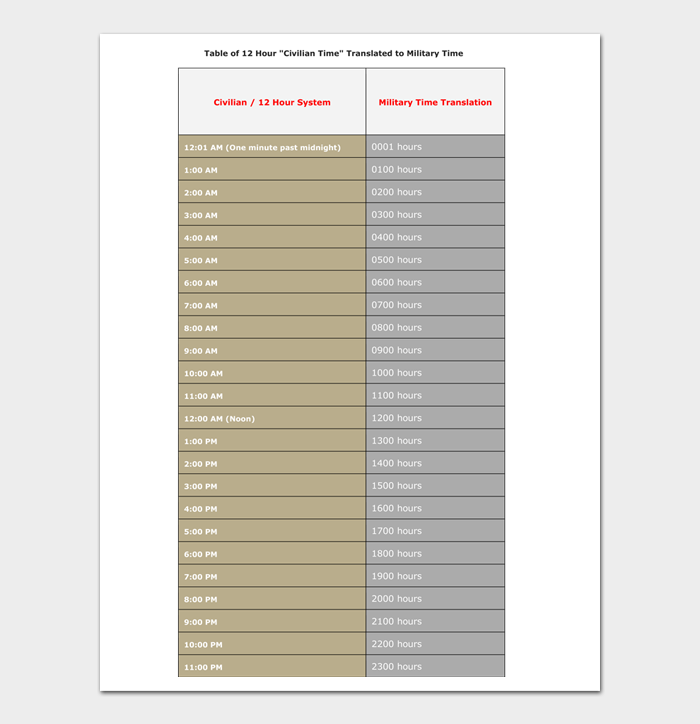 The difference between these two is only in expression. Both 12-hour and 24-hour clocks are acceptable time conventions. The 12-hour clock divides the day into two periods while the 24-hour clock counts the day’s full 24 hours continuously.

The 12-hour clock divides each day into two cycles and is mostly used in countries where the main language is English although you will still find it being used in other countries. The counting methodology is made up of two equal 12 hour periods. One is from midnight, denoted 12:00 ante meridiem (a.m.) to midday, denoted 12:00 post meridiem (p.m.), and the other from midday to midnight, thus completing a full cycle of 24-hours. In each period, the numbering is from one (1) to twelve (12), with twelve representing zero and the starting point once again.

The 24-hour clock, unlike the 12-hour, is the most commonly and widely used interval notation in the world. It is also viewed as being the easiest to interpret by most people. In the 24-hour clock method of keeping hours, the day runs from midnight (denoted 00:00) to midnight (twenty-three fifty-nine) divided into 24-hour increments.

What is Zulu (Zulu Time)?

The letter Z in military shorthand follows a time stated in Greenwich Mean Time (GMT). Now known as Universal Coordinated Time (UTC), Greenwich Mean Time is the time recorded at longitude 0 degrees 0 minutes. This is the longitudinal or prime meridian line separating the East from West according to the global geographical coordinate system. This line is based on the British Naval Observatory location in Greenwich, near London, in England.

When it comes to military operational matters such as deployments, training exercises, communications, ship movements and aircraft flights, these must often be coordinated with personnel and bases located in different geographical and time zones. To avoid the risk of causing confusion, the military prefers to use the time in Greenwich, England, commonly known as Greenwich Mean Time (GMT). The Military refers to this particular time zone as “Zulu” or Zulu Time. Zulu is the radio transmission expression for the letter Z.

In communications, for easy reference, an alphabet letter is assigned to the different time zones. The time zone for Greenwich has been assigned “Z.” The military uses the letter “Z” (or Zulu) in reference to the current time at the Prime Meridian. Why is this important? This is because a lot of things happen in Zulu time, the key among them being the weather. More precisely, the weather forecast reports from the National Oceanic and Atmospheric Administration (NOAA) are based on satellite imagery referenced to Zulu time. You, therefore, need to know what time it is where you are located relative to Zulu time if you want to know when a storm might be coming your way.

Military time is used not just by the military, but also by hospitals and law enforcement agencies. In particular, medics throughout the world prefer using the 24-hour clock when recording the history of a patient although they may not necessarily refer to it as military time. Typically, airlines use the 24-hour clock. In the United States, the National Aeronautics and Space Administration (NASA) uses military time going down to thousandths of a second. 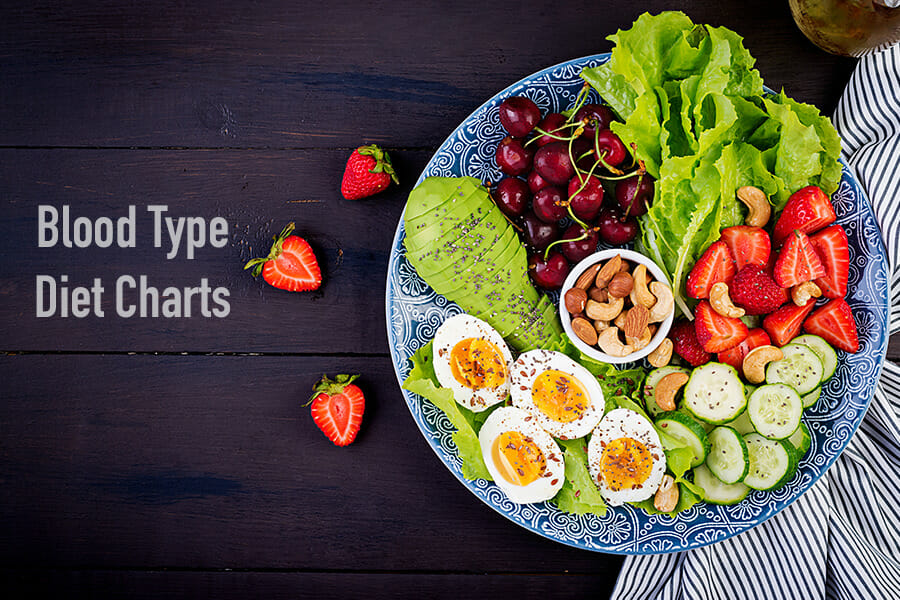 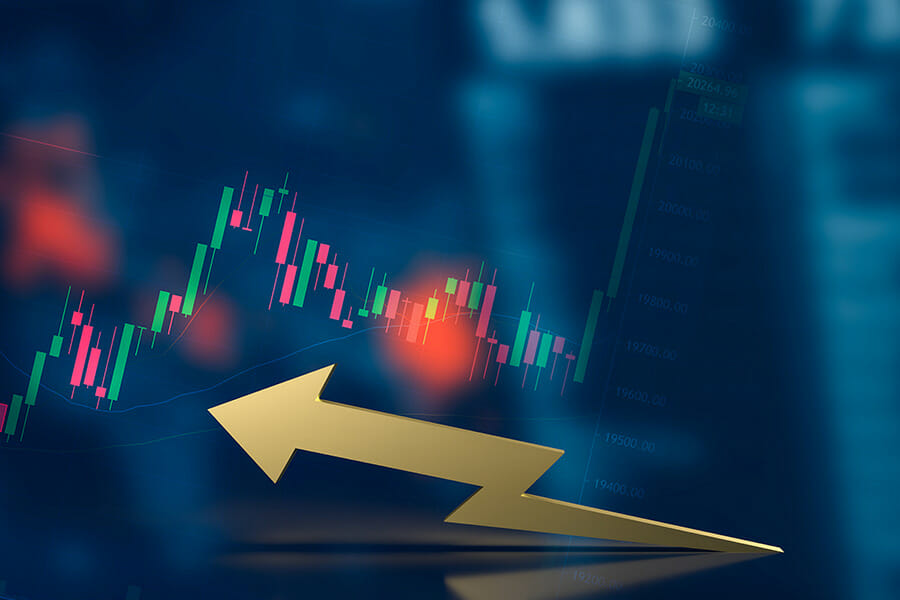 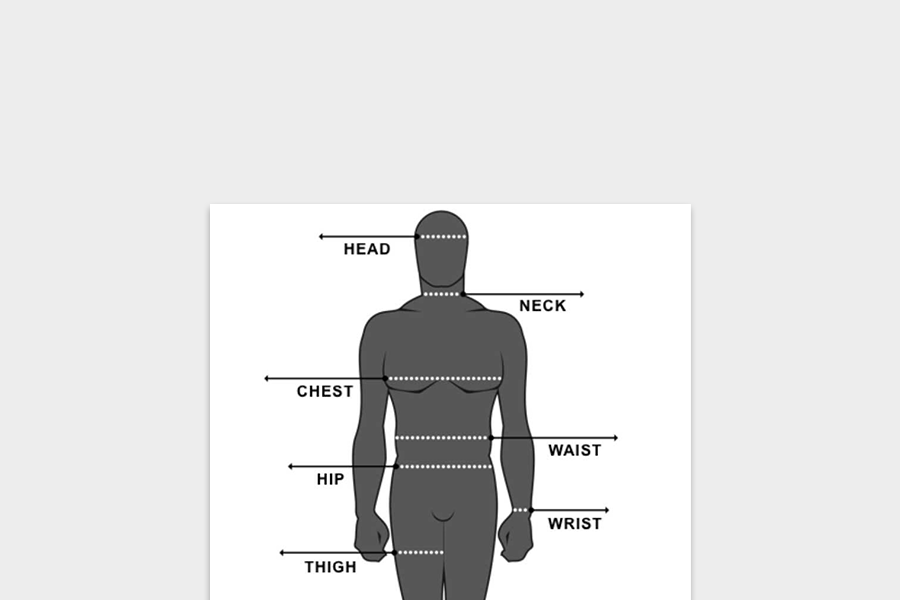 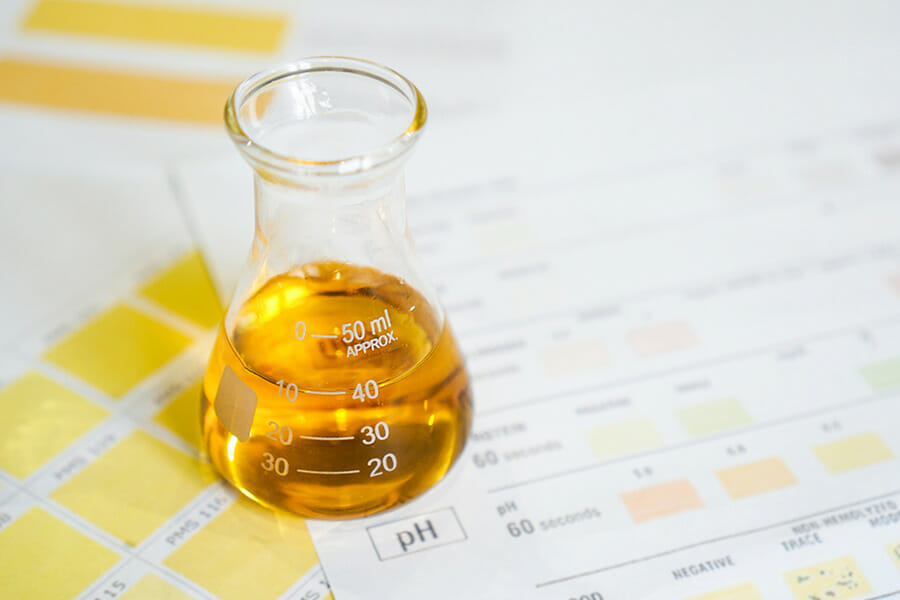 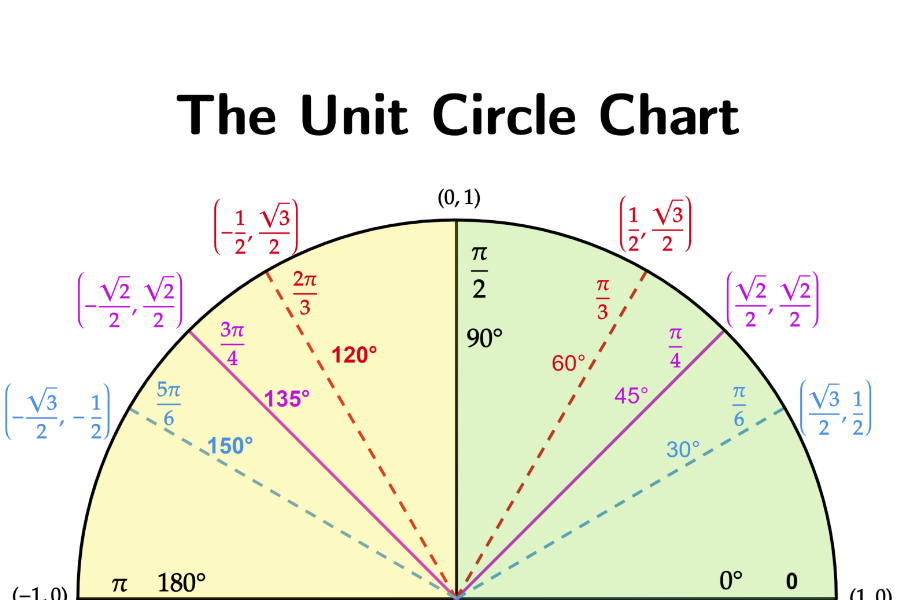 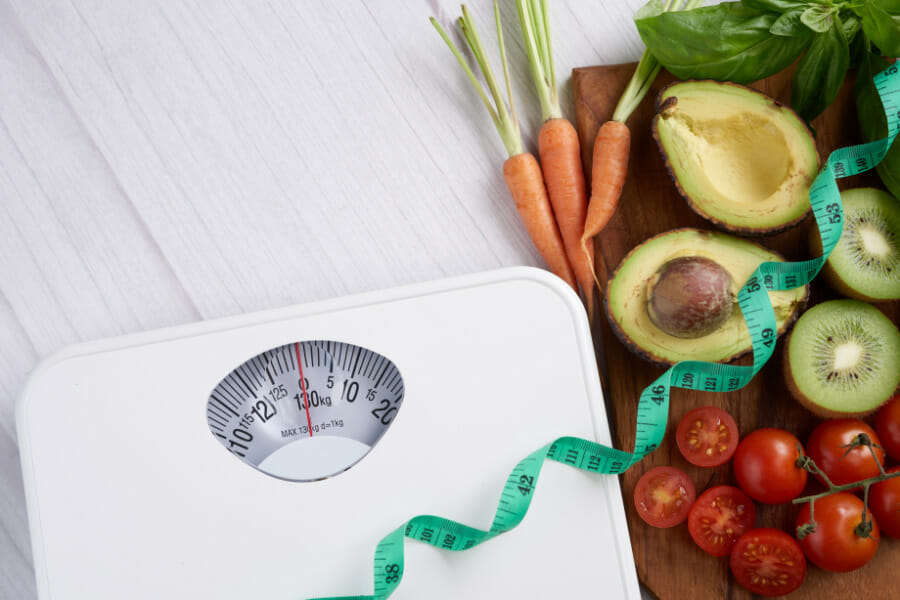 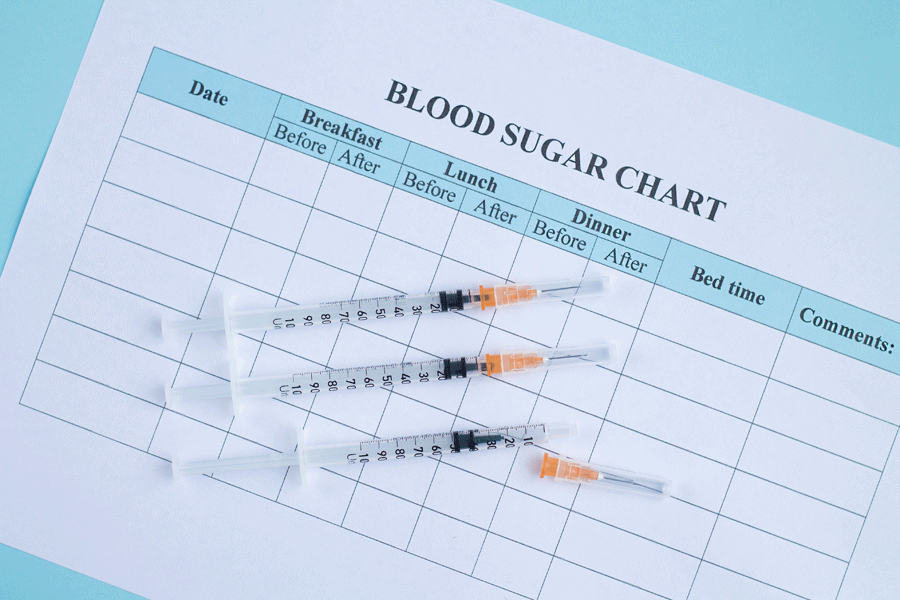 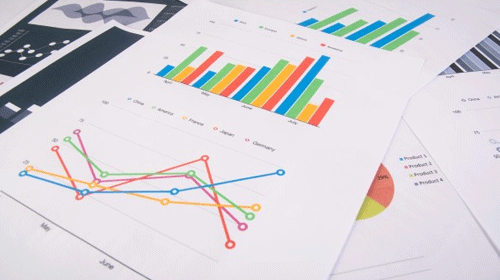