A promotion request letter is a letter written by an employee to senior management informing them of employee’s interest in getting a promotion to a higher position within the organization. The letter should highlight employee’s suitability for promotion to the position in consideration. It is therefore important to outline performance record and skills.

As you prepare your letter, it is crucial to note that Title VII of the Civil Rights Act protects you from promotion discrimination in the US. If you believe you have been passed over for a promotion for a wrong reason, like your age, race, medical condition, or gender, you may be eligible for compensation.

When Should You Send a Promotion Request Letter?

The first consideration before sending a promotion request is whether there is an open position. After all, you cannot apply to fill a currently occupied position. It is also advisable to time your letter after having a one-on-one conversation with your manager about the following:

How to Write a Promotion Request Letter

Always begin a physical letter with the names, positions, contact information, and addresses of the sender and recipient. A Promotion Request Letter is typically sent to your supervisor or manager, but this may vary depending on company policy. Next, include a subject line and appropriate salutation, then work the following elements into your letter:

Request and Qualifications. Start the body of your letter by clearly indicating your reason for writing, that is, to request a promotion. You can then use the next few paragraphs to convince the reader that you deserve this role. For example, you can talk about your:

Transition Solutions. If you do get promoted, you will leave a vacancy in your current role. Use one short paragraph to offer solutions for the company in filling your role, such as through training someone.

Schedule a Meeting. In the last paragraph, thank the reader, restate your request, and mention that you are available for a physical interview. Close with your name, job title, and signature.

(Date when the letter was written)

I would like to request for promotion to the position of (position in consideration). I have been in my current role for (number of years). I believe my experience, achievements and acquired skills make me the best person for promotion to (position).

I joined the organization 7 years ago as a (position) then I got promotion after 3 years to my current position. I have always worked hard with a promotion to this position in mind. 2 years ago, I requested my head of department to be my mentor to prepare me for a promotion to (position). I feel I am now ready for the transition.

I have successfully delivered in my current role. I was awarded the best employee in the team last year based on performance against peers. I have also acquired different skills in my current role that I believe have made me suitable for the position. These include (outline skills). I successfully undertook a project on (project) that greatly enhanced delivery of the department’s objectives last year. All these are some of the key skills needed to be (position).

If I get this promotion, I believe the company will greatly benefit from my experience and skills. I would also like to request for a face to face discussion where I can highlight my strengths further.

Re: Promotion Request for {New Position}

I am writing to formally request that you consider me for the open position of {desired job title}. I am confident that I have {explain why you qualify}. This past year, I have {briefly describe two accomplishments}.

I understand the responsibility and time commitment that comes with a higher role, and I believe that my {mention your positive attributes} will allow me to tackle the challenge. I have also been with {company name} as a {current job title} for {duration} and am committed to seeing it thrive.

As this promotion, if granted, will leave my current position open, I {provide your plan for the transition process}. I am available to continue this conversation over a meeting at your convenience.

Thank you for your time and consideration.

I am writing to request that you consider me for the open Finance Manager position. I have been the senior Accountant at ABC Company for the past 7 years, and I believe that my training has prepared me for this new position.

In the last year, I successfully increased our input-output efficiency by 20 percent, a feat never before achieved in the history of the company. I was also the recipient of several commendations and awards from the head New Jersey office.

I am confident that I will be an invaluable assent to the company in this new position. I am willing to discuss this matter further at your earliest convenience.

Re: Promotion and Pay Rise Request

I am writing in regard to the open Project Manager position in the company. I believe that my work as the Assistant Project Manager for the last 6 years has prepared me for the additional responsibilities.

As per company policy, I am also due for a pay rise, and this promotion comes with a 10 percent salary increase. This is not to say that I am not excited about the leadership opportunity of being manager.

I am confident that I am the right person for this job, and I have attached my performance record to demonstrate this. Please contact me at your earliest convenience to discuss this matter further.

This is in regard to the open Sale Supervisor Position that is currently open. Consider this my official request to be considered for the role, which I believe aligns perfectly with my skill set.

I have been a sale representative at Green Solutions Ltd. for 4 years. Last year, I took a course in leadership and green energy, and I believe it prepared me for this role.

Please contact me at your earliest convenience to discuss this matter further.

I am writing to request a promotion from my current role as Junior Technician to the open Senior Technician position. I would be highly honored if you considered me for this position, for which I have been training for the last 5 years.

The previous Senior Technician, Ms. Danielle, had been grooming me to replace her before she left RSL. I have attached her recommendation letter and my performance record for the last 2 years.

Please contact me at your earliest convenience to discuss this matter further.

Cover Letter for an Internal Position or Promotion

Consider this my official application for the open Senior Analyst position at EFG Company. I transferred here from the New York office last year and had to take a lower role to ensure an easy transition. I believe the training I have had under the previous Senior Analyst has uniquely prepared me to take over.

I am currently the highest ranked analyst in the country, as certified by the National Analysts Board, and I would like to put my expertise to use at EFG.

I am available to discuss this matter further at your earliest convenience.

Academic promotion letter of recommendation is a letter mostly written by a university to an organization explaining recently acquired academic status of an employee. The employee can use this letter to request for promotion to higher position based on academic qualifications.

Letter of Intent for Promotion

Letter of Intent to Apply for Promotion

Sample Cover Letter for an Internal Position or Promotion

Applying for an Internal Position

Letter by Supervisor for an Internal Promotion

Self Recommendation Letter for Promotion

A promotion request letter must always follow a one-on-one conversation with your manager about your position in the company. In that way, it will only serve to summarize the matters discussed in the meeting, that is, the reason why you deserve the promotion. 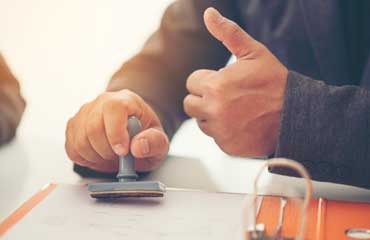 Notarized Letter – How to Write It (with Sample Letter) 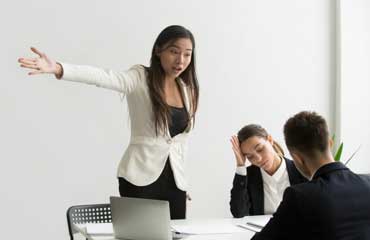 Apology Letter to Boss for Fighting at Work