A non-disclosure agreement, also known as a confidentiality agreement, or NDA, is a formal and enforceable contract between two parties promising to guarantee that particular information remains confidential. Such confidential information is usually commercial, technical, sensitive, or valuable and should at all cost not land to a different party. Other than not releasing the information without permission, the NDA also states that the information won’t be copied, altered, or used in any way that isn’t allowed by the owner.

How to Write an NDA (Non-Disclosure Agreement)

If you’re looking to write a non-disclosure agreement, there are several steps you must follow. While writing one, you can either do it on your own or under the guidance of your lawyer. However, it’s advised you always have an attorney by your side when writing an NDA.

Here are the steps to follow when writing this contract.

The first thing to when writing the NDA is to establish the parties involved in this agreement. The disclosing party usually is the entity or person sharing the confidential information, whereas the receiving party is an entity or individual who’s being given the information.

Note: For the bilateral or mutual NDA, both parties involved are sharing and receiving confidential information. Therefore, both of them can be considered to be Disclosing and Receiving parties.

Once both the disclosing and receiving parties have been established, and the next thing is to state what the non-disclosure agreement seeks to protect. Some of the common things included in the NDA are;

Note: Oral information can also be considered confidential information so long as this writing is done within a particular time frame after its disclosure.

With that said, you can decide to add extra clauses to the NDA depending on your current needs. Some of the clauses you can opt to include in The NDA obligations section are;

1. Non-Disclosure of Transaction: This is a promise by the receiving party making a promise anybody else won’t find out that;

2. Non-solicitation: Both parties might hinder the other from redirecting business away from one of the parties or offering or beseeching employees of the other party for specific jobs.

3. Non-compete: An agreement is reached by both parties never to partake in any business activity that directly competes with the other party’s business. Most firms expect both the employees and partners to sign non-competes and NDAs separately.

4. Non-Circumvention: If the disclosing party shares business contacts, a non-circumvention clause stops the bypassing of this agreement by the receiving part to later engage with the contacts or do business with them directly

The non-disclosure agreement should outright state the duration it’s in effect. This means a time frame when the confidential information will start being held as a secret, basically the effective date. In addition, it should indicate how long the protected information shouldn’t be shared with any other party, that is, the disclosure period.

Both parties agree on the agreement’s duration, which is referred to as the termination provision. For example, the non-disclosure agreement might be terminated when;

In the jurisdiction is a mention of the state laws which govern the NDA. Therefore, if the confidential information is used inappropriately used or leaked by the parties in the agreement, it results in a lawsuit. Upon this, the agreed-upon state laws shall apply, and consequently, hearings or trials shall commence in that specific state.

With that said, it’s essential to know that NDAs are treated differently by the various states. For instance, the non-compete clause doesn’t hold in the state of California.

You also shouldn’t forget to add the signatures of every party involved in the NDA as well as their representatives. These representatives usually are other persons, for instance, agents, officers, advisors, directors, or employees who may receive, protect or share the details while pursuing a transaction detailed in the non-disclosure agreement.

Usually, non-disclosures eventually look different, and this depends on the detailed information, nature of the transaction, and relationship. Some of the extra clauses you can choose to add to your NDA are; 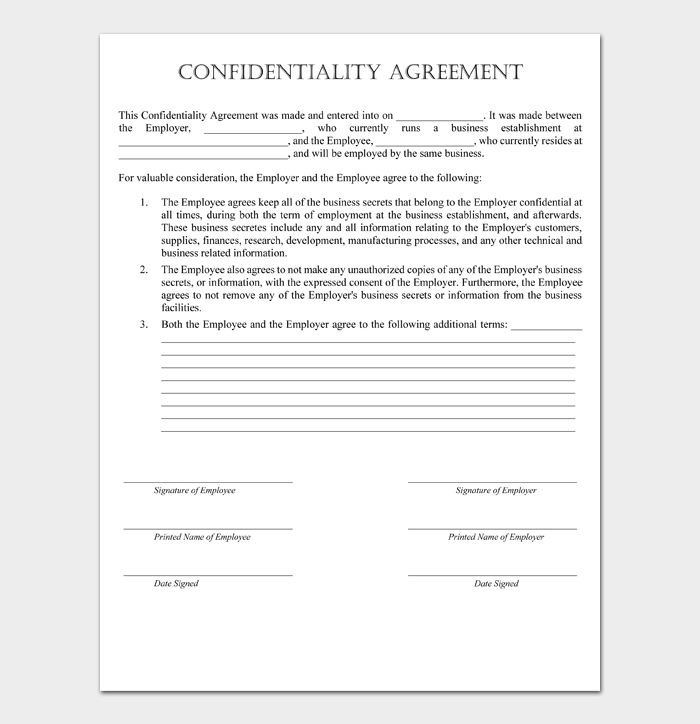 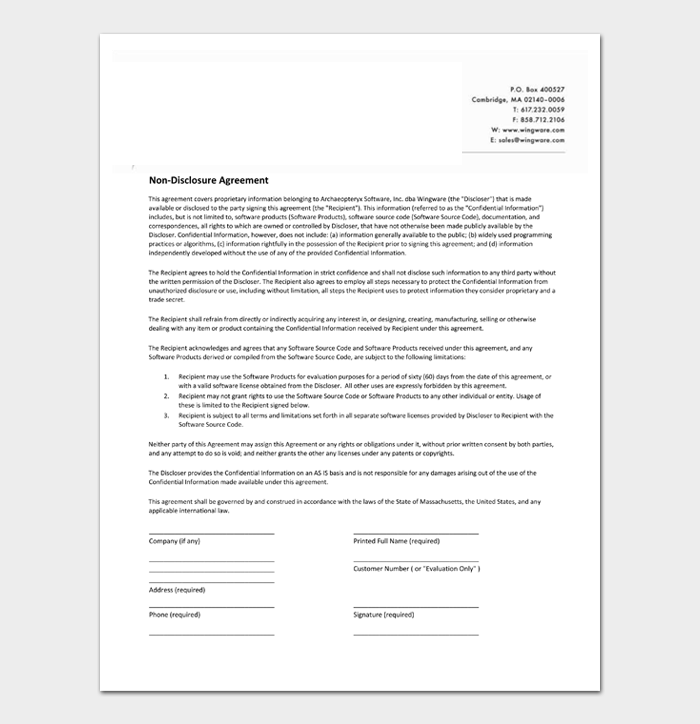 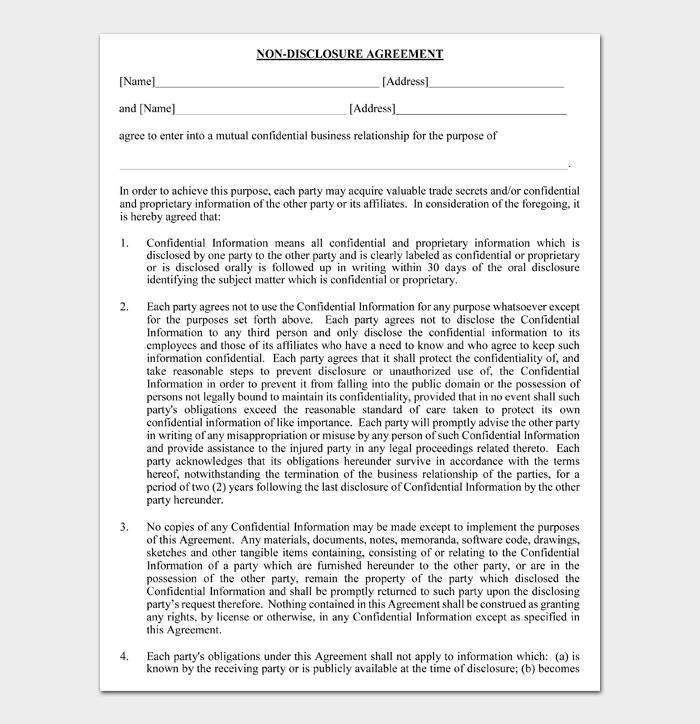 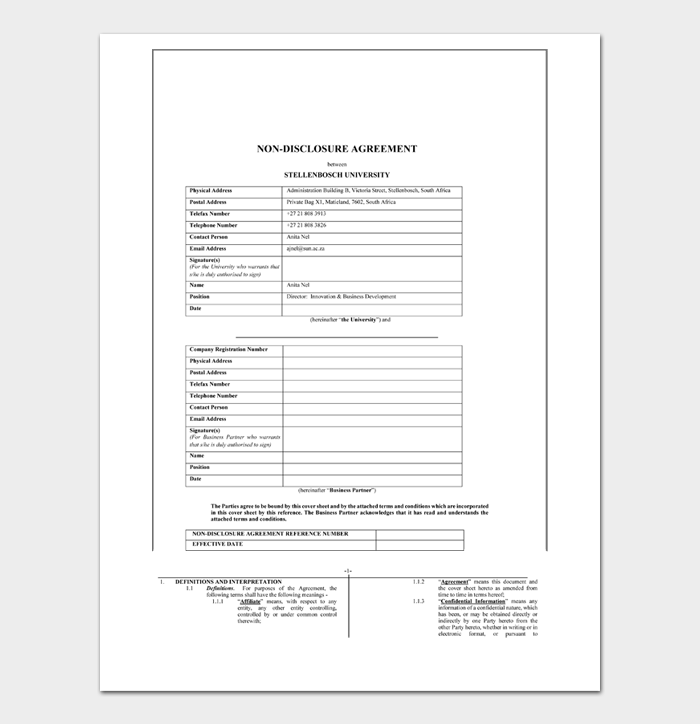 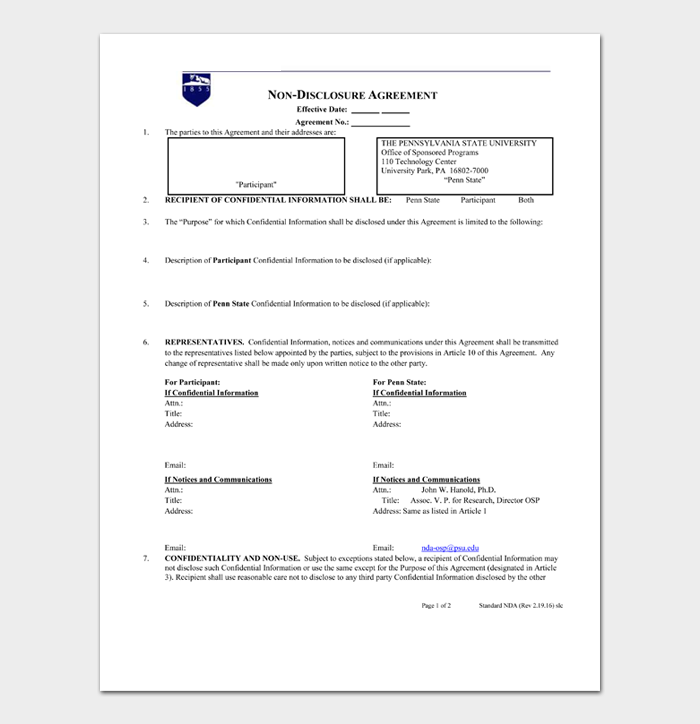 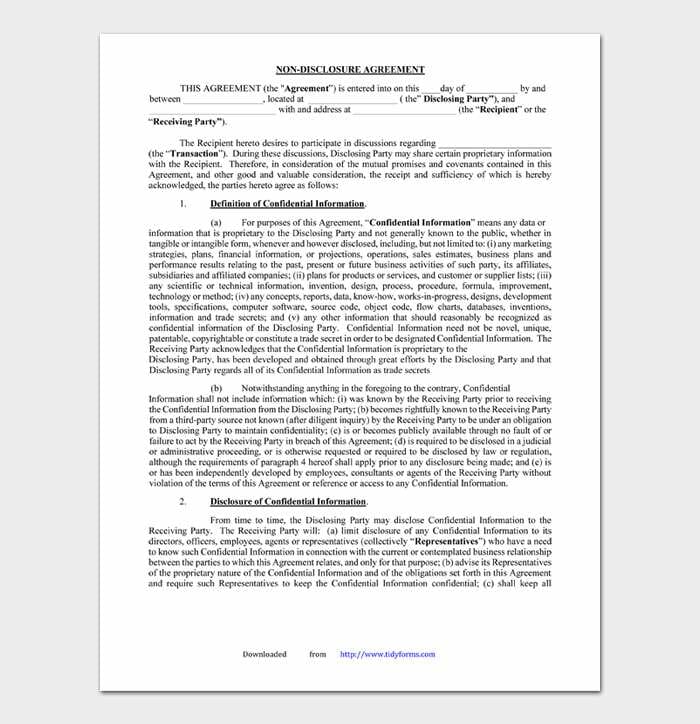 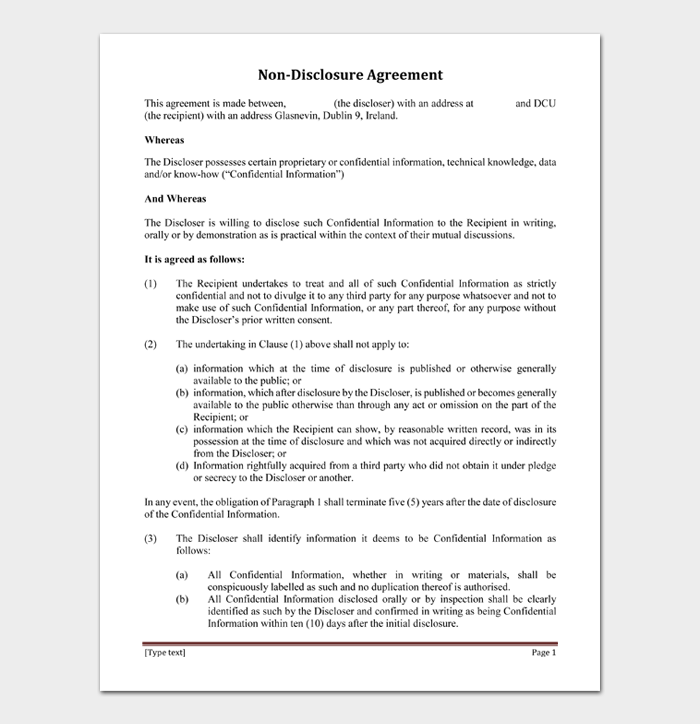 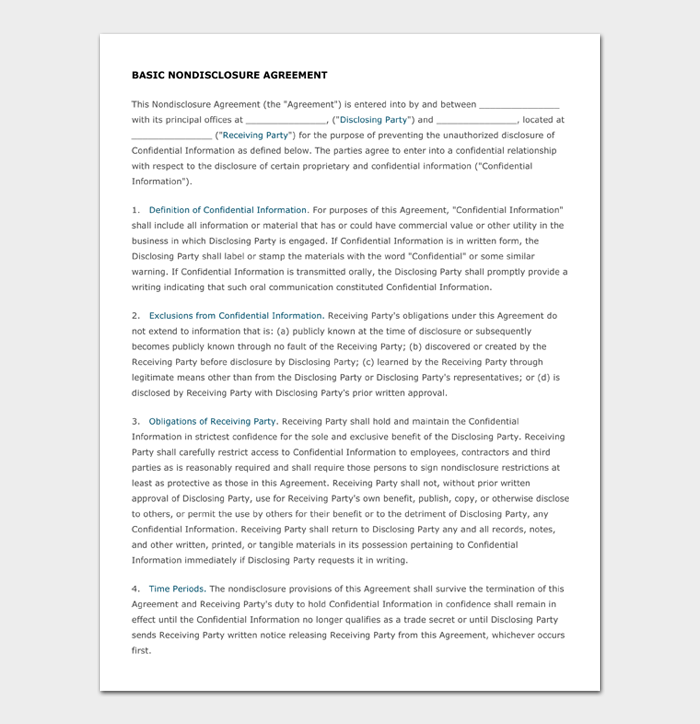 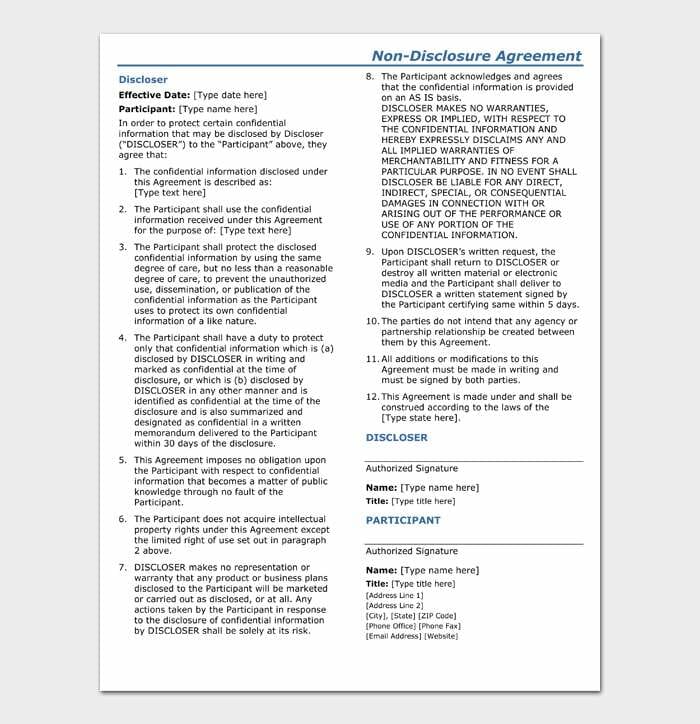 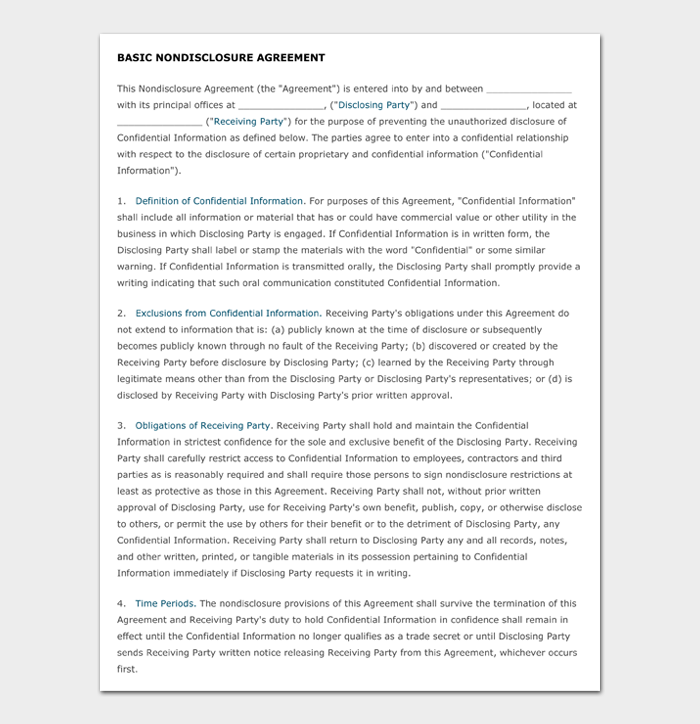 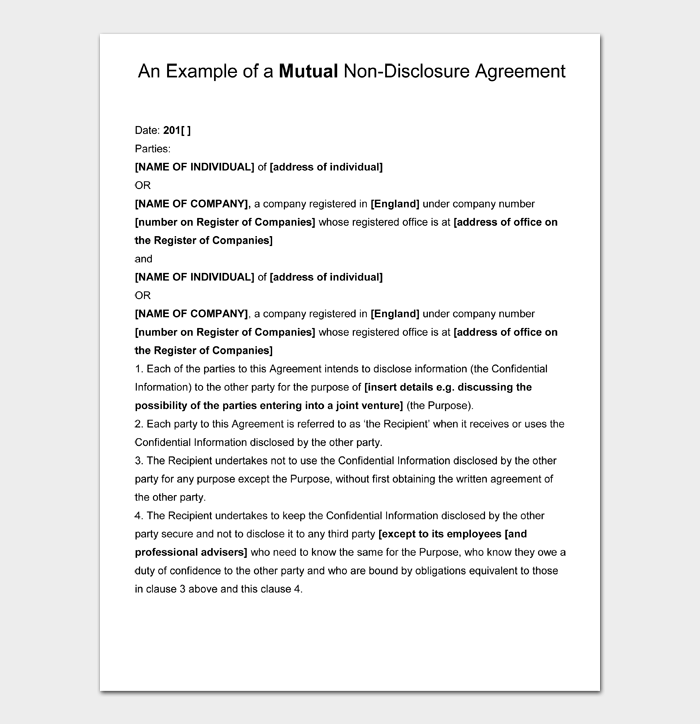 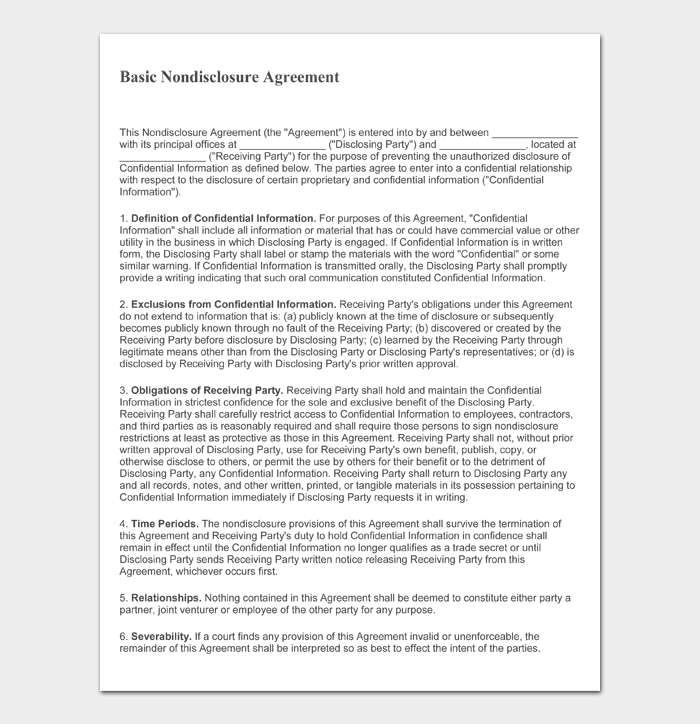 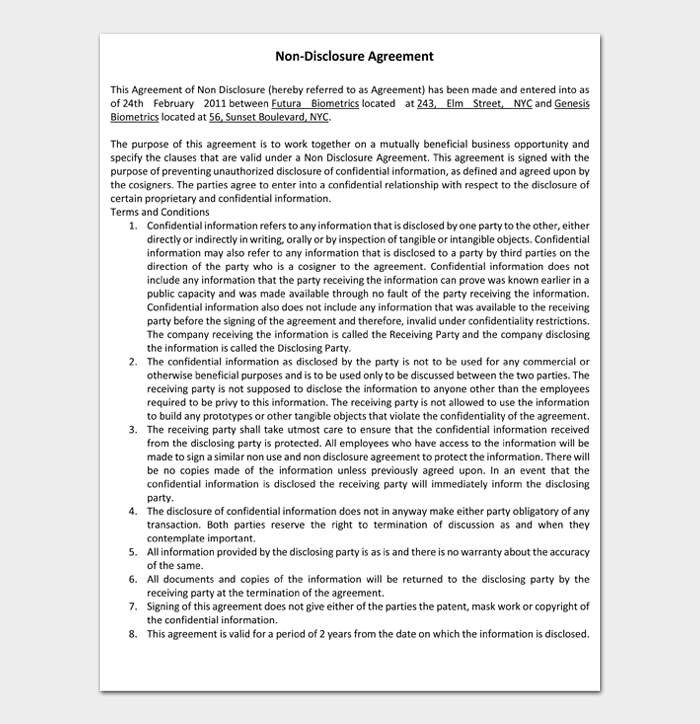 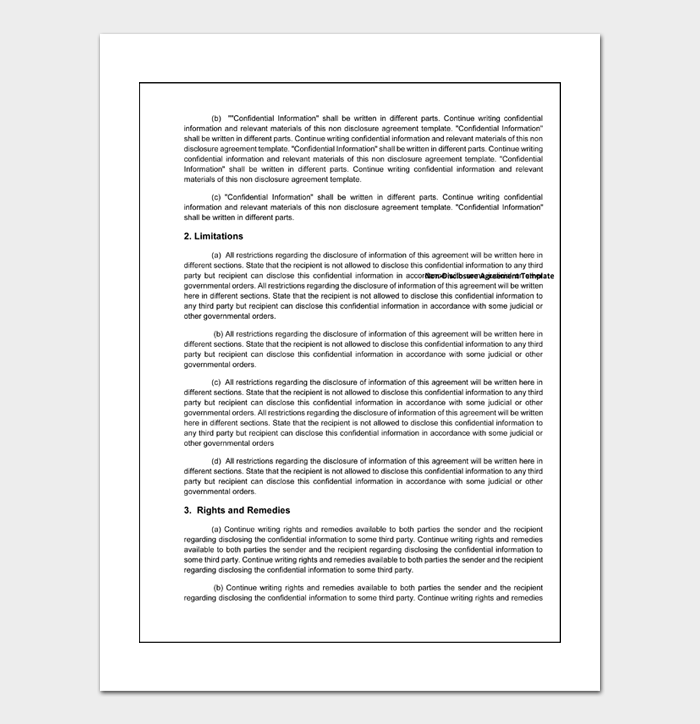 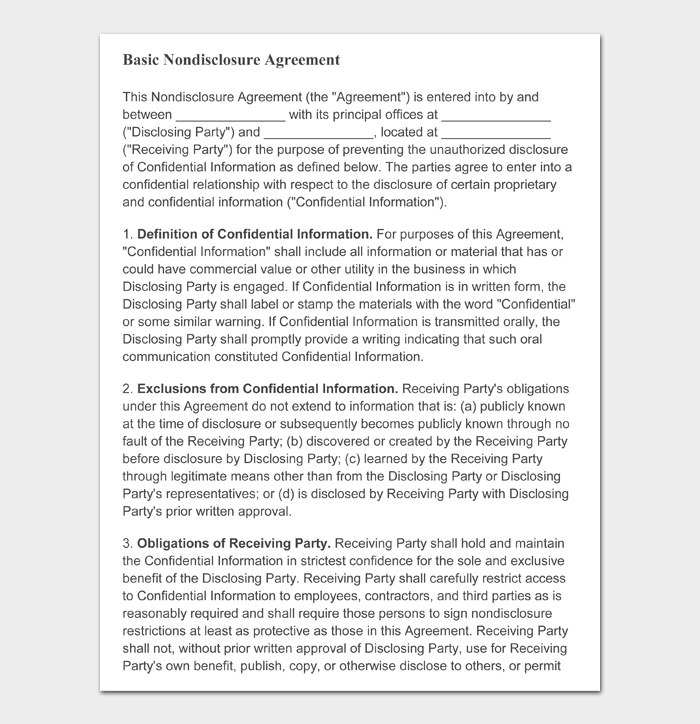 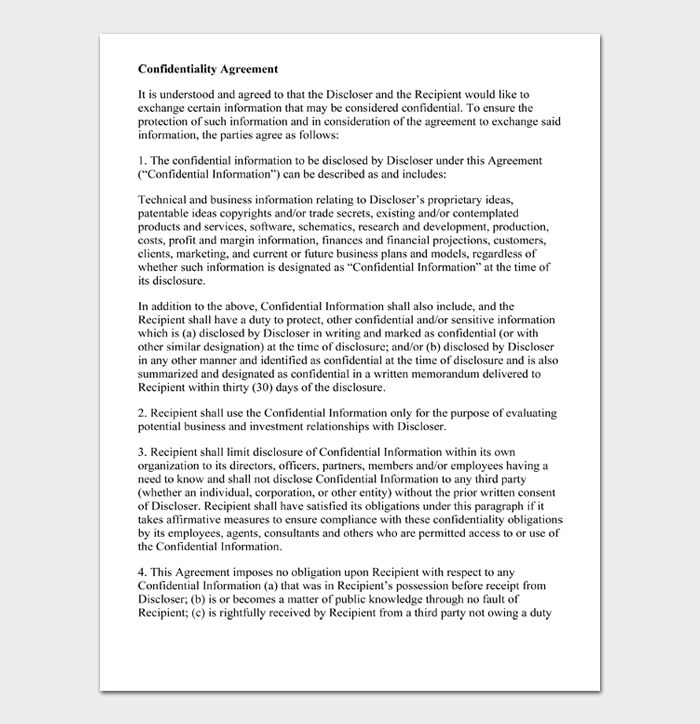 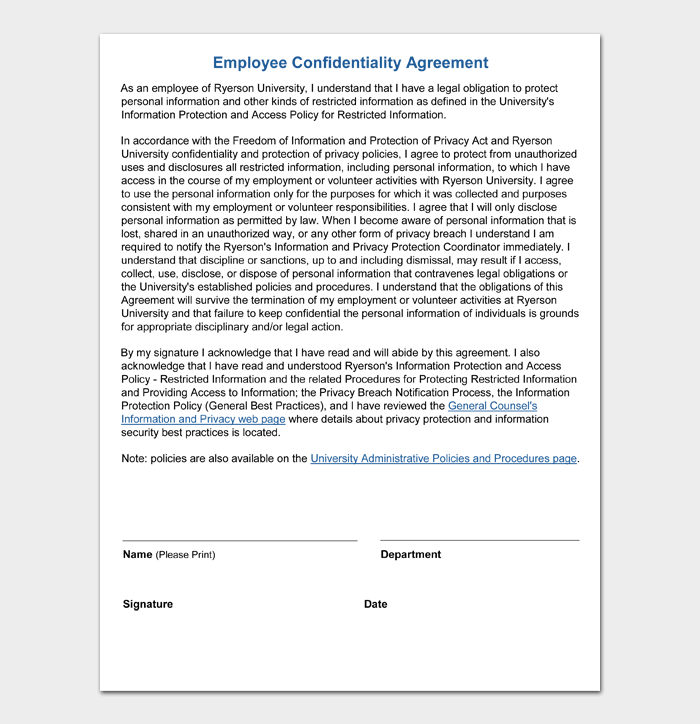 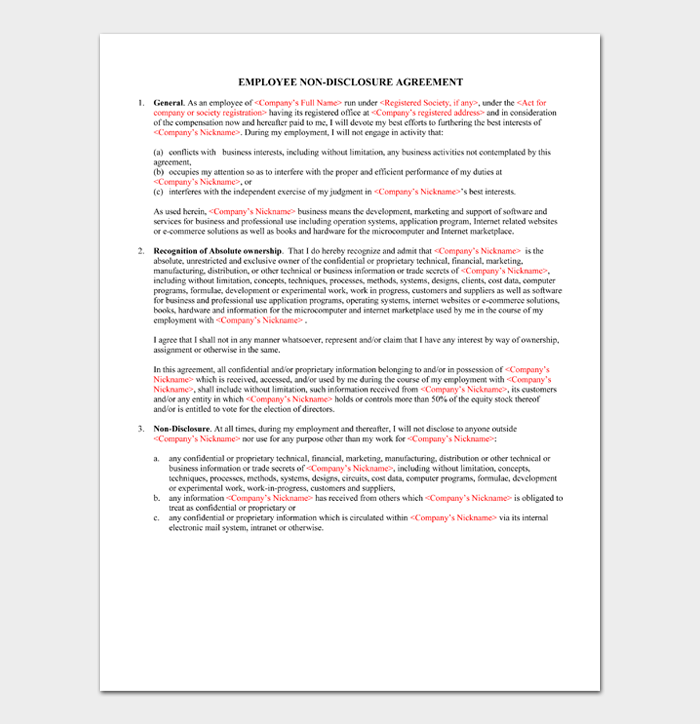 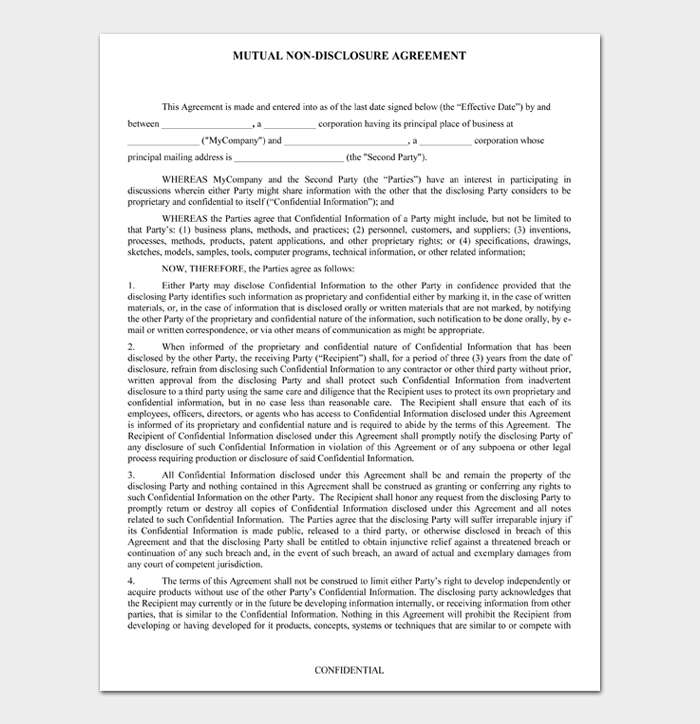 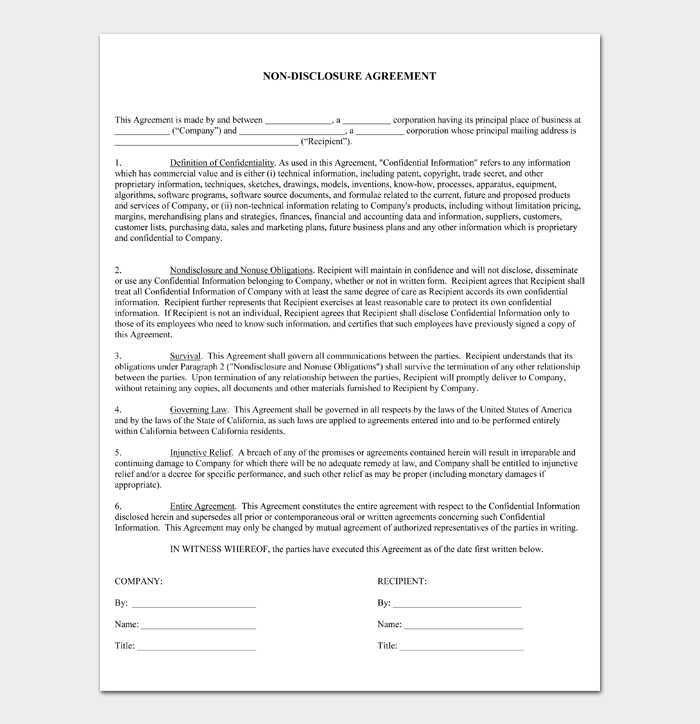 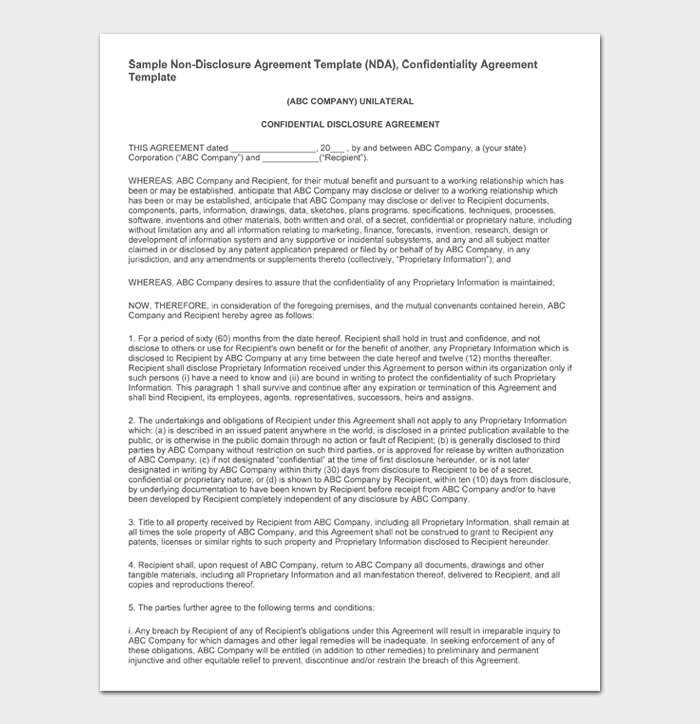 Is an NDA legally binding?

The non-disclosure agreement is legally binding if correctly executed. With that said, there are several considerations to take into consideration when looking to take the conflict to court, including;

Tip: Knowing this, it’s best to have your NDA read by a lawyer. This will help you in case you’ve got any questions about its enforceability.

What happens if someone breaks a Non-Disclosure Agreement?

Breaking the non-disclosure agreement is exactly what happens when you break any other contract, but there are specific legal exceptions. Usually, you may choose to breach the NDA if it involves illegal activity or there’s a misrepresentation of material fact, that is, fabricating or not disclosing vital information in this contract.

But before violating an NDA, which is a legal contract, make sure to first talk to an attorney. Takeaway The non-disclosure agreement is a vital contract between two parties. If you wanted details on this formal contract, this in-depth post has taken you through all the important information when drafting an NDA 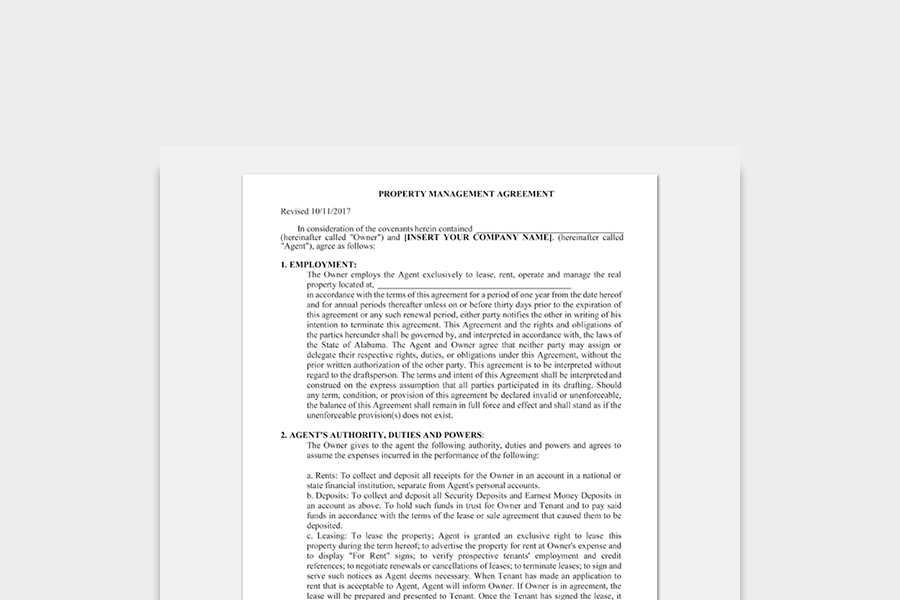 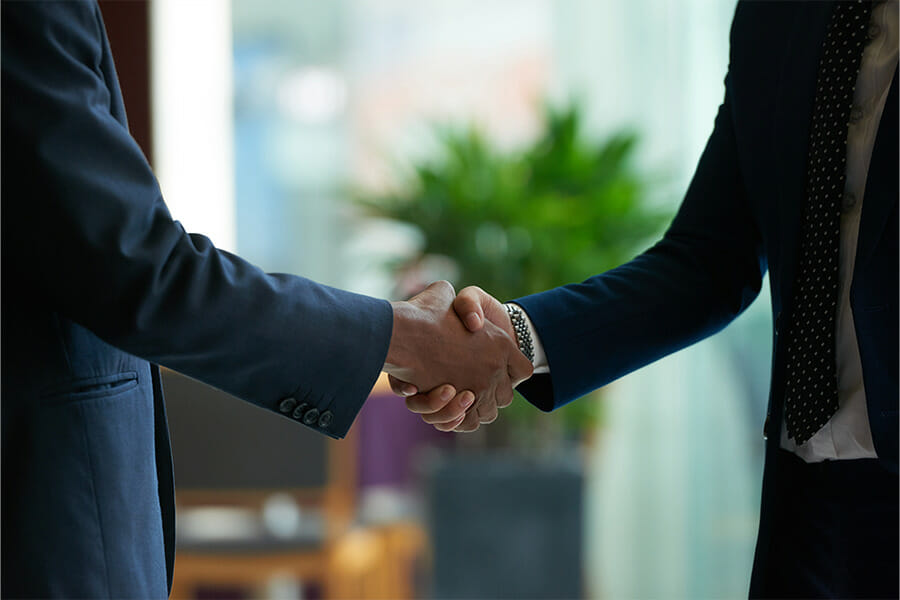 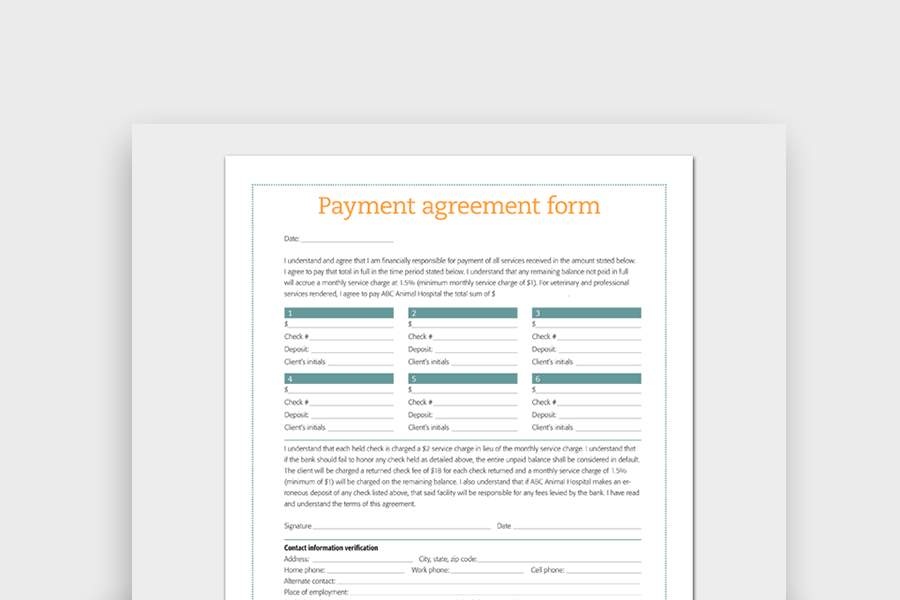 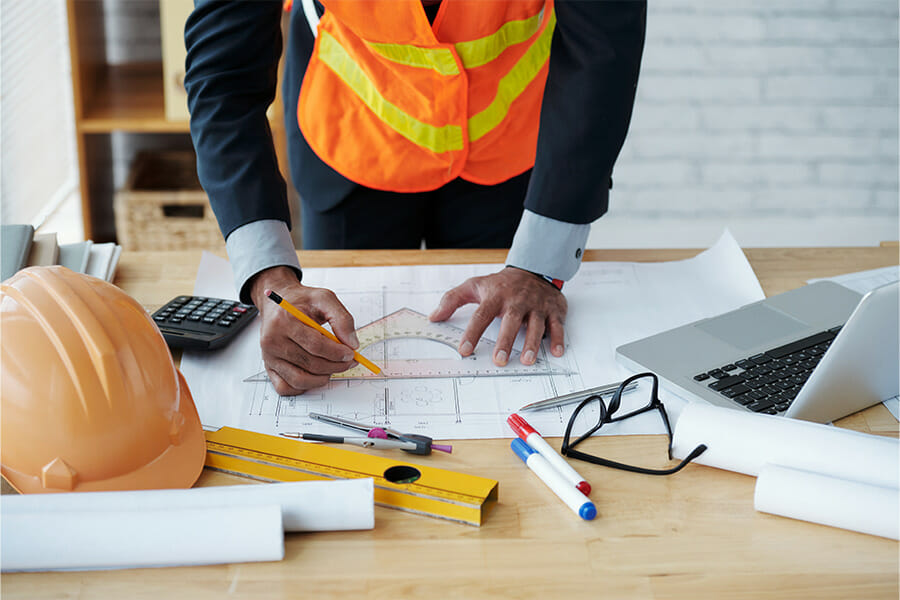 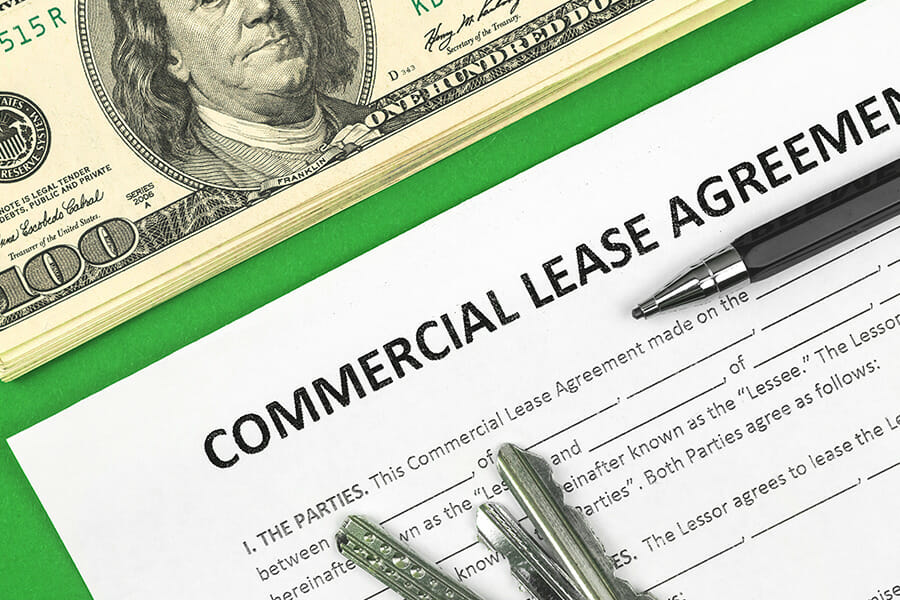 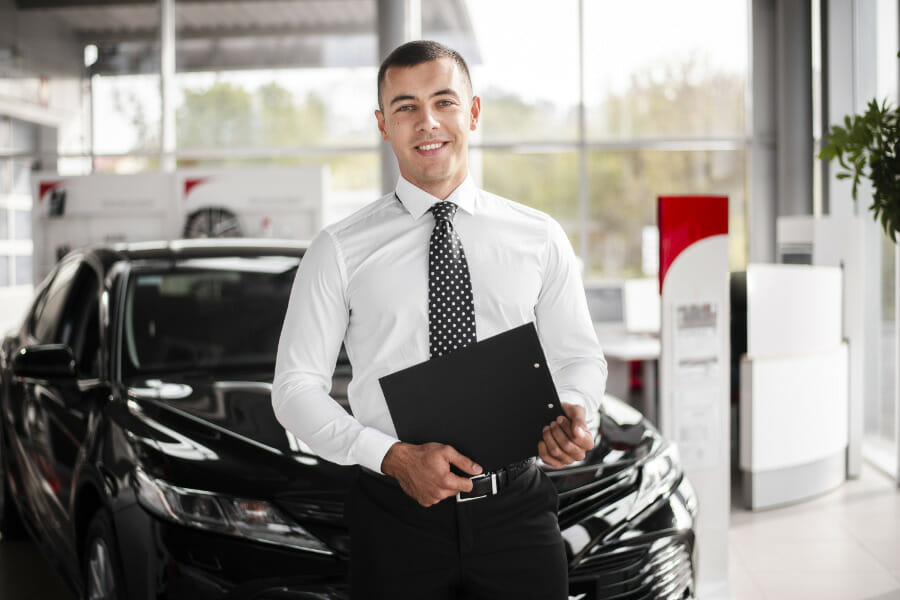 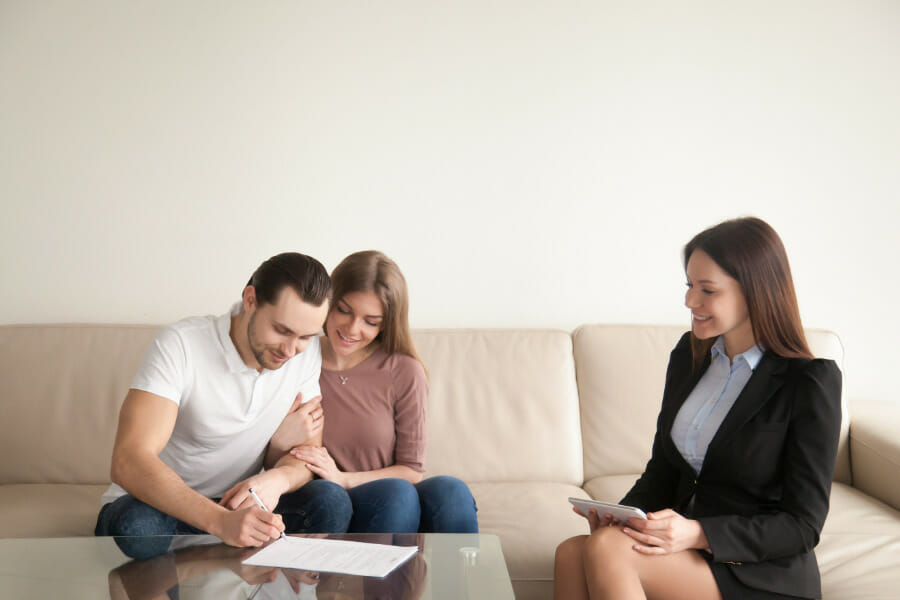 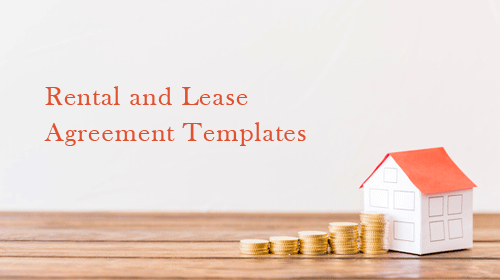