Everyone owes something to someone, right? There are different ways to recognize debt. An effective method since the 18th century is the use of, I Owe You (IOU) templates. IOUs are informal debt instruments. However, the simplicity of the note should not make you think they aren’t legally enforceable or hold the same legal ground as note payables. Read on to understand when to use an IOU and the legal implications that accompany the note.

What Is an IOU?

When you mention an IOU, the first thing that comes to mind is a note scribbled on a napkin. The truth couldn’t be further from that. An IOU letter, from the words “I Owe You,” is a note acknowledging that the debtor has a debt to the creditor or lender.

Note: IOUs are not the same as promissory notes. IOUs can be called debt acknowledgment forms or registered warrants.

IOUs do have the same legal standards as other debt instruments. However, the notes serve different use cases and may form the framework for more detailed debt repayment contracts.

What Is an IOU Template?

An IOU template is a customizable note containing the essentials of a standard IOU note. A borrower who wants to acknowledge debt downloads the template, fills it with the creditor and borrower’s name, the amount payable, and then signs it.

The major merit is that you can quickly fill it without any complexities. Also, they come in handy when you want to make a rush transaction for someone you can’t refuse a debt. Instead of a mere handshake, you can use the IOU to set down the repayment terms, albeit informally.

IOU Templates & Examples (I Owe You) 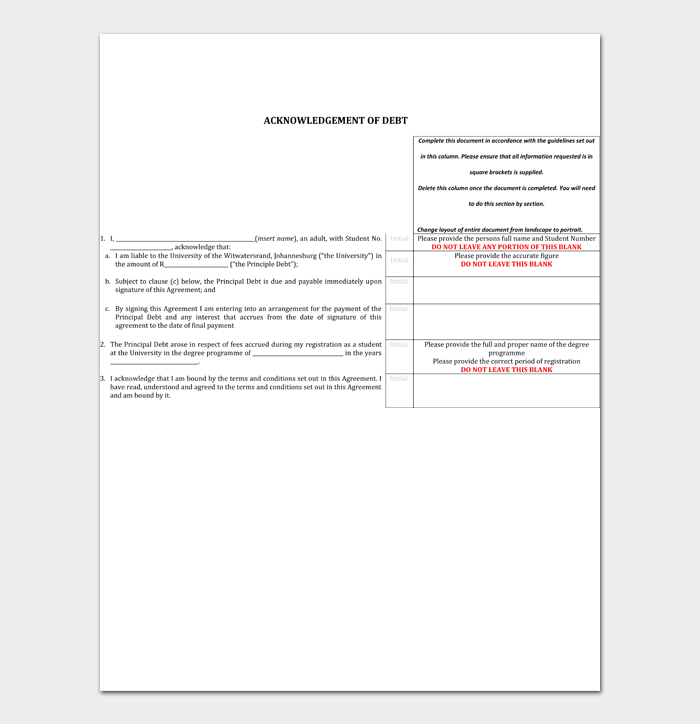 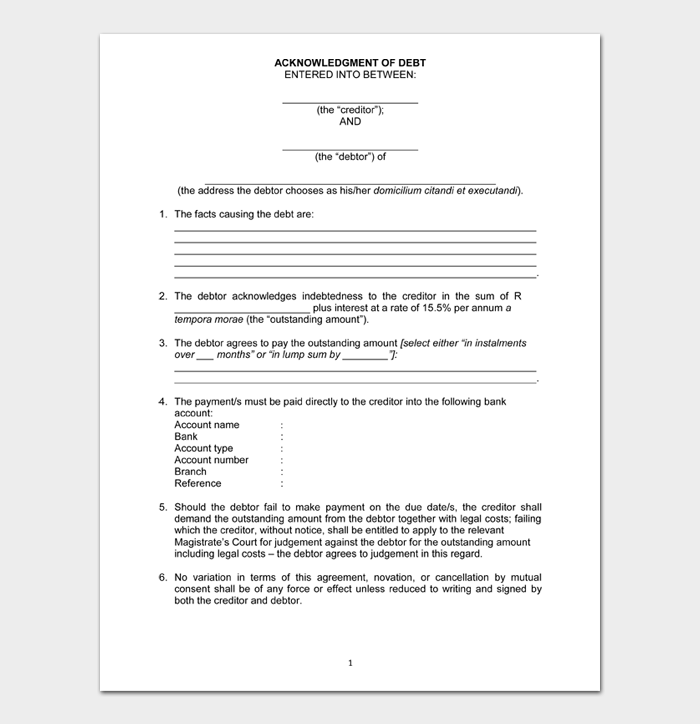 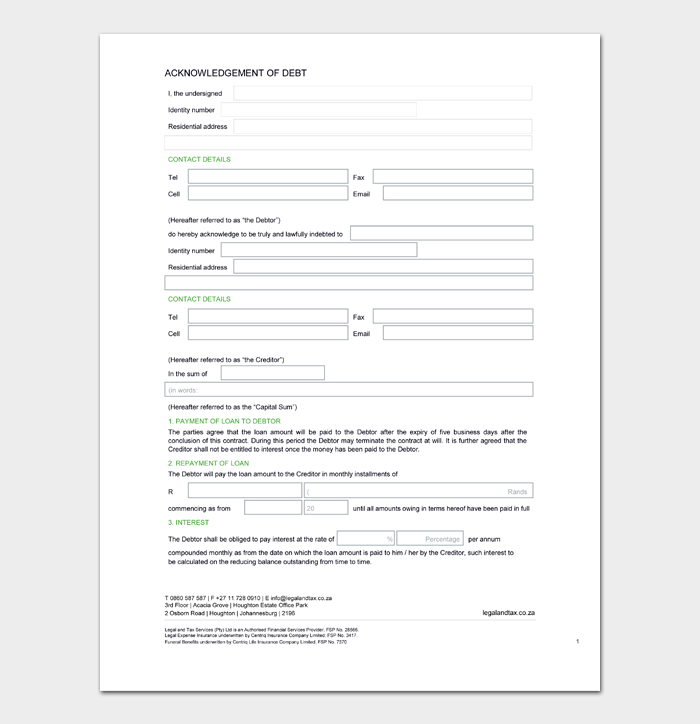 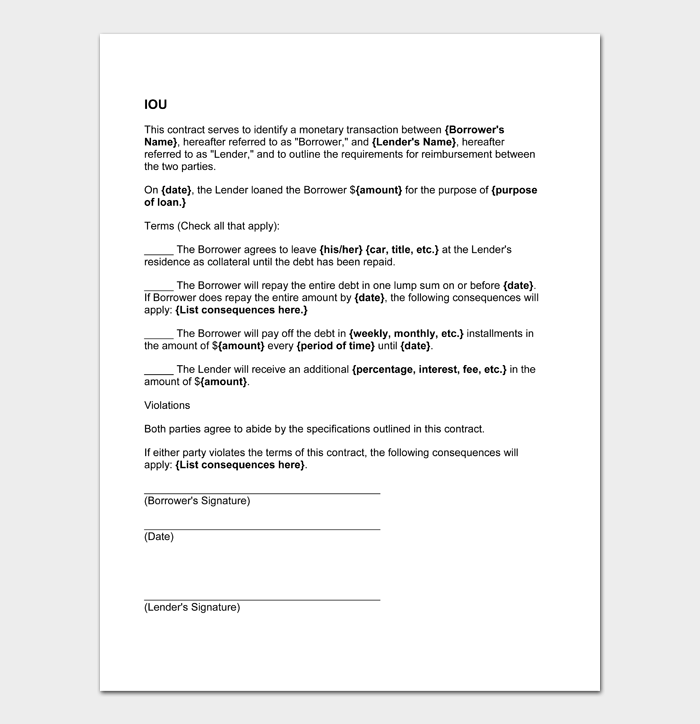 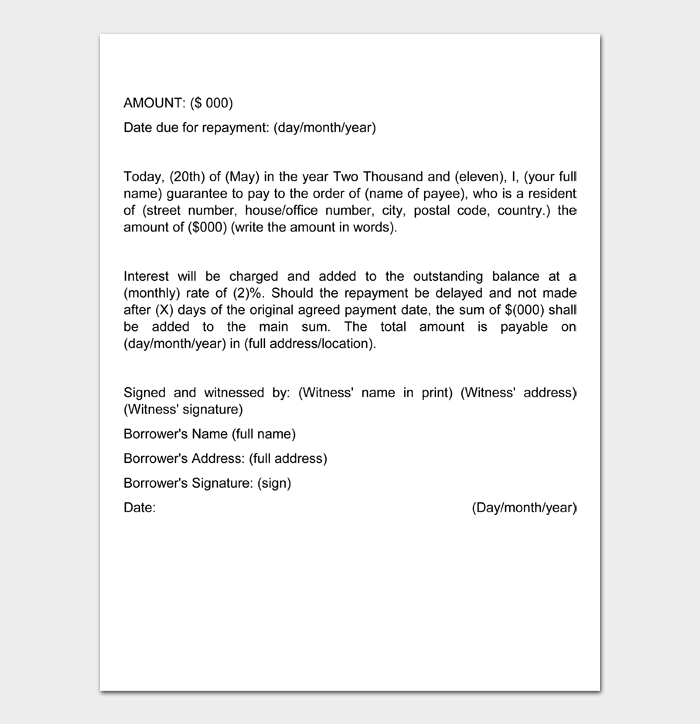 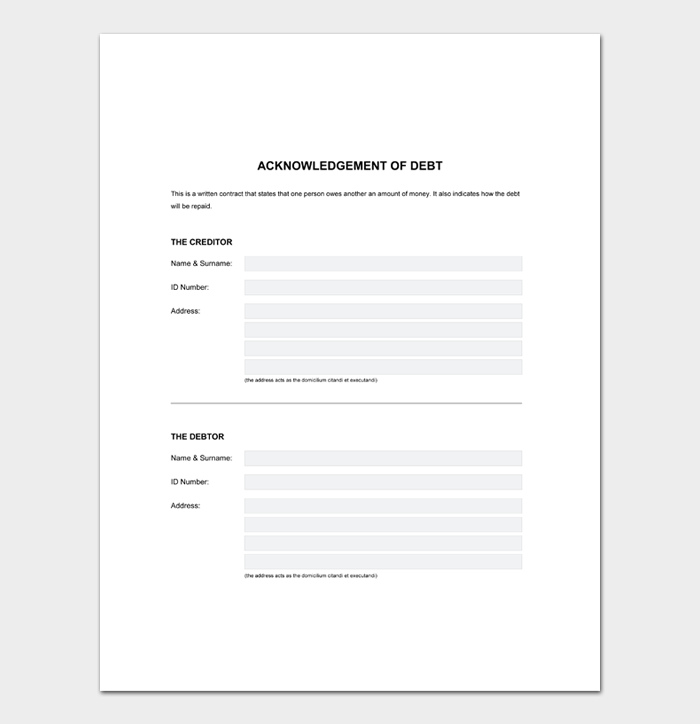 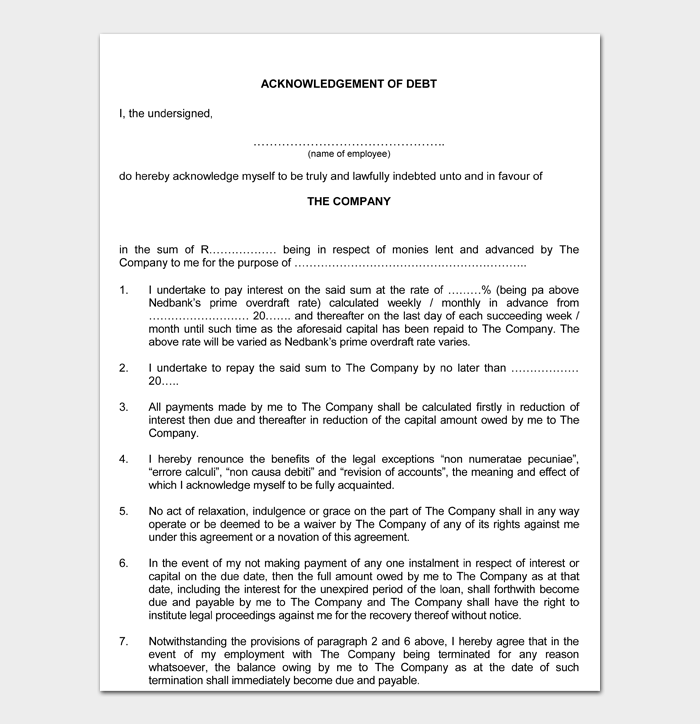 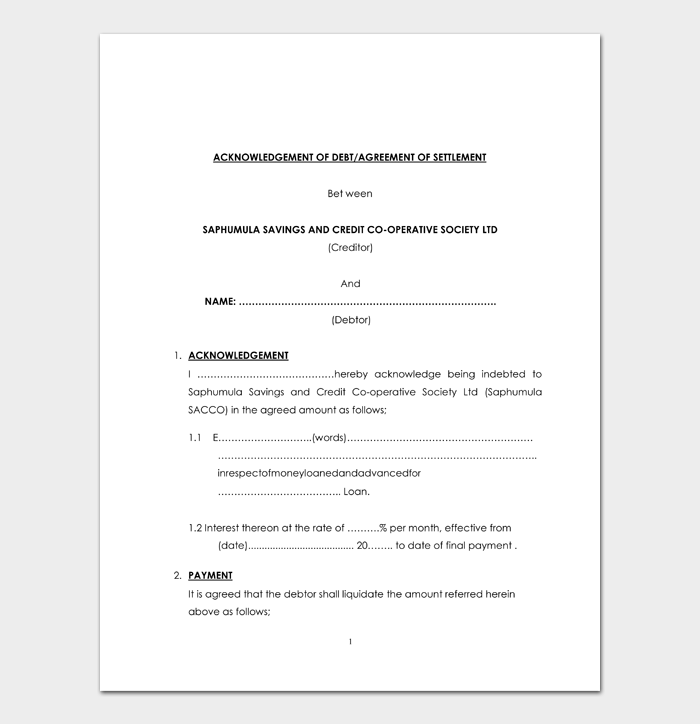 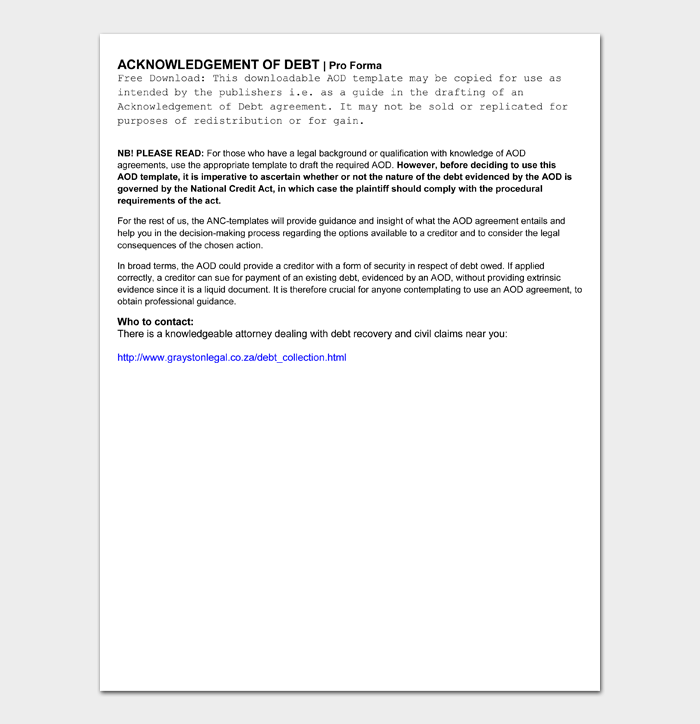 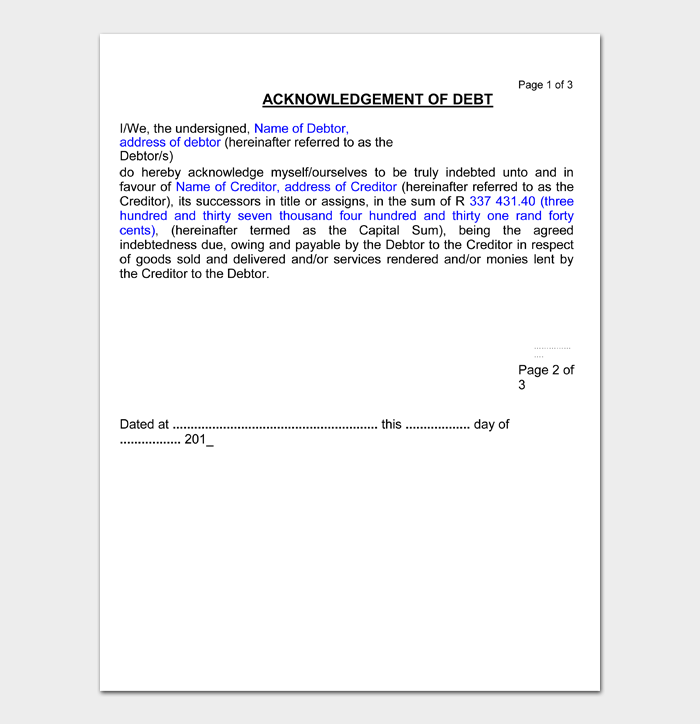 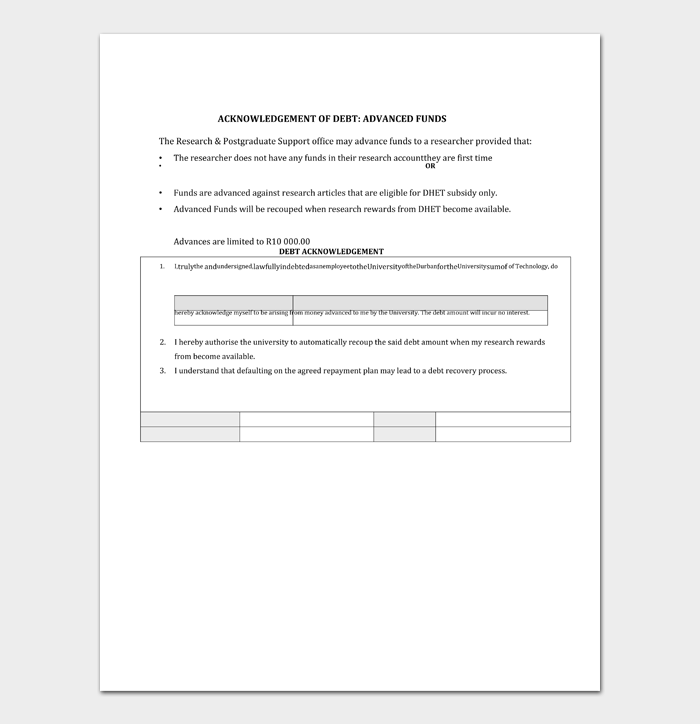 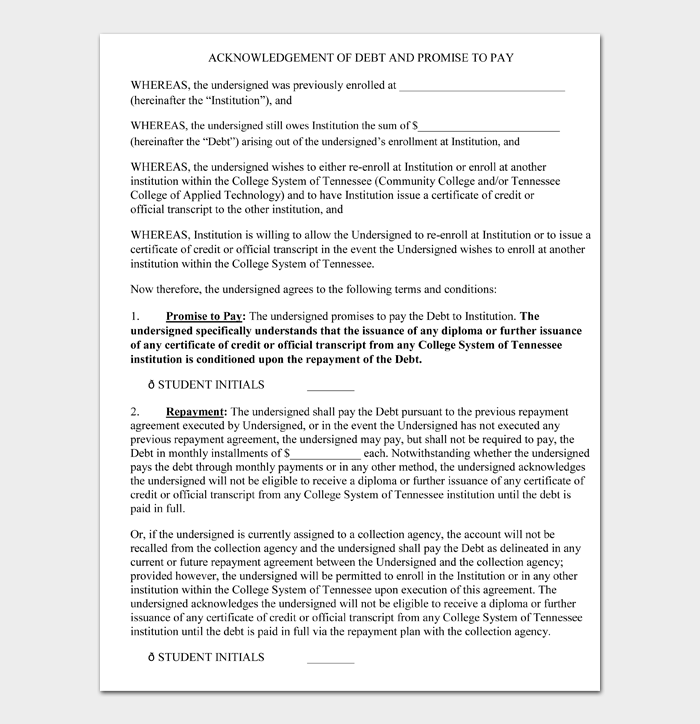 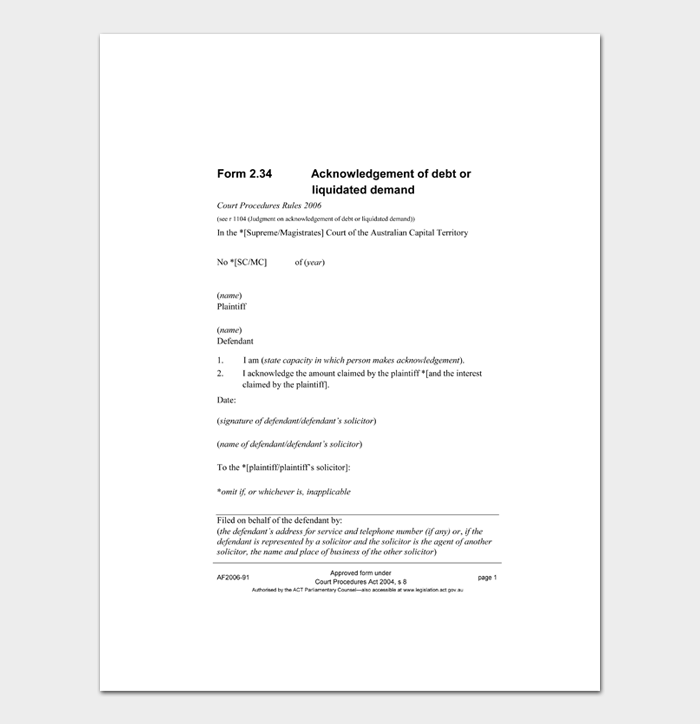 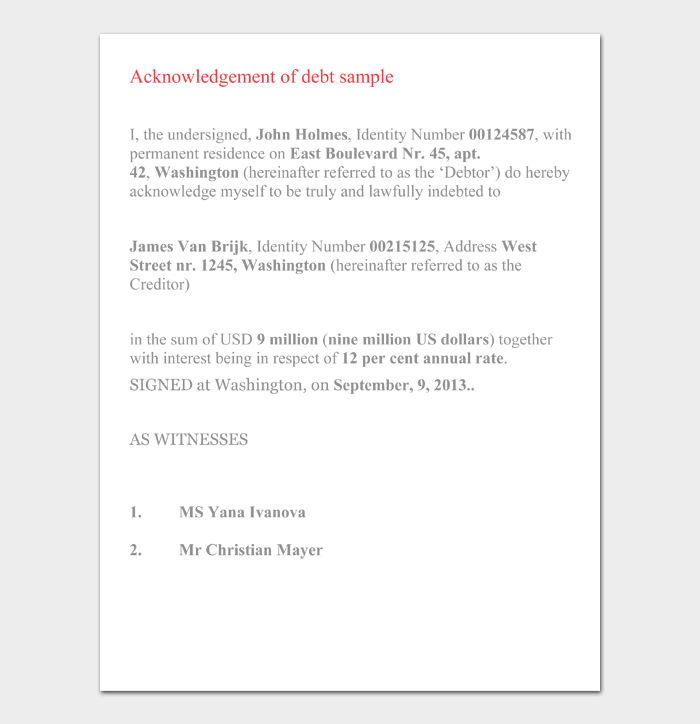 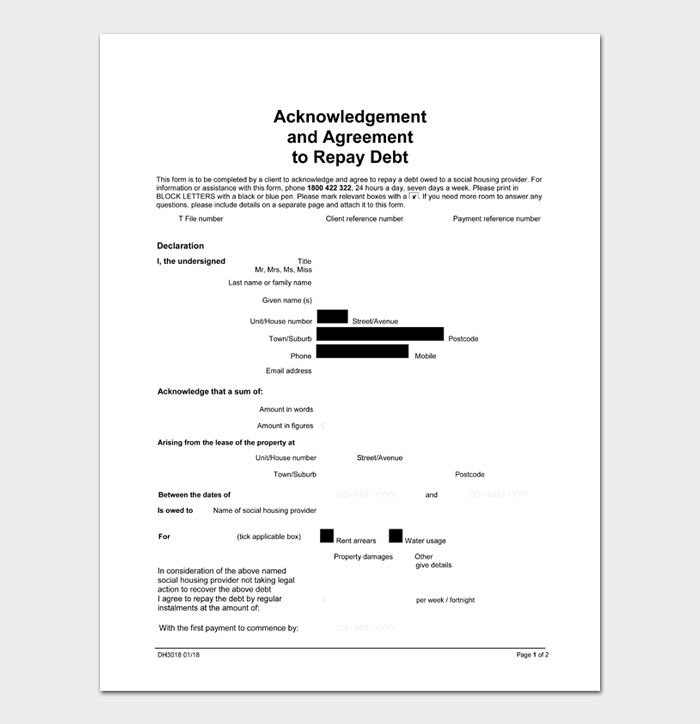 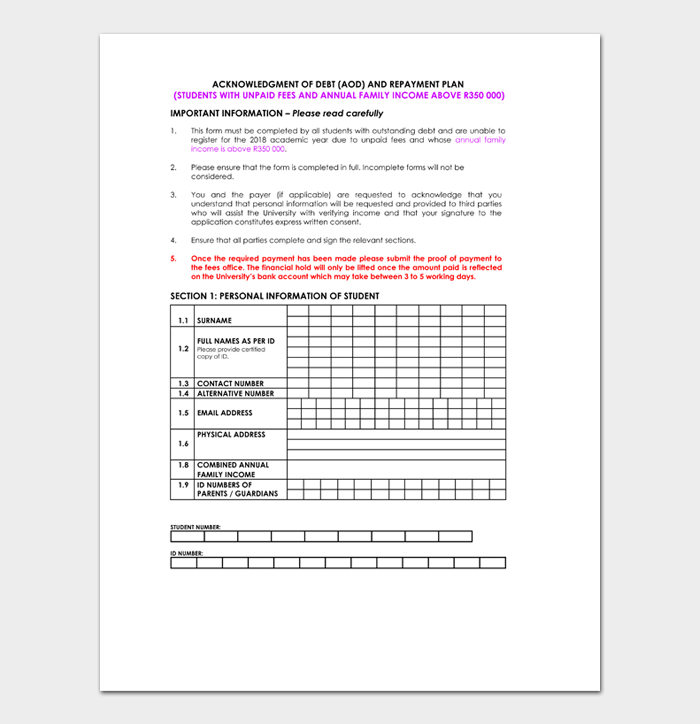 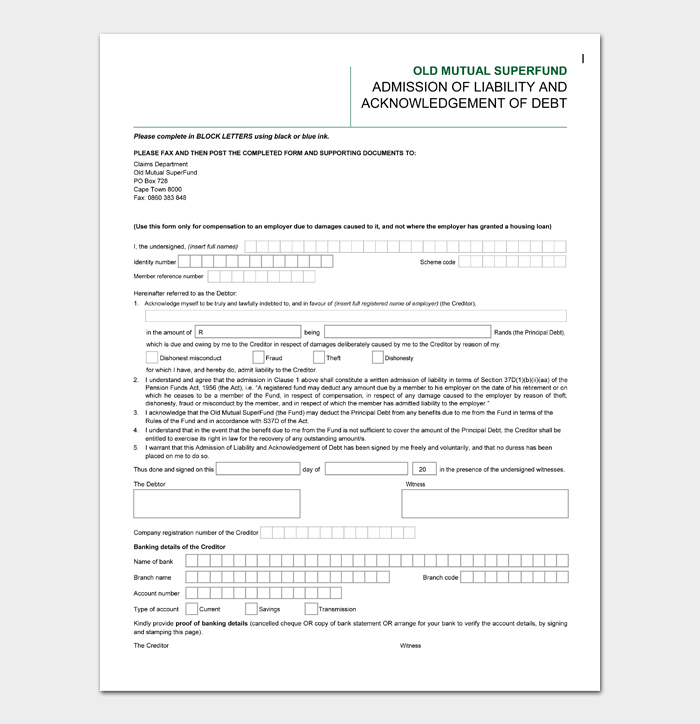 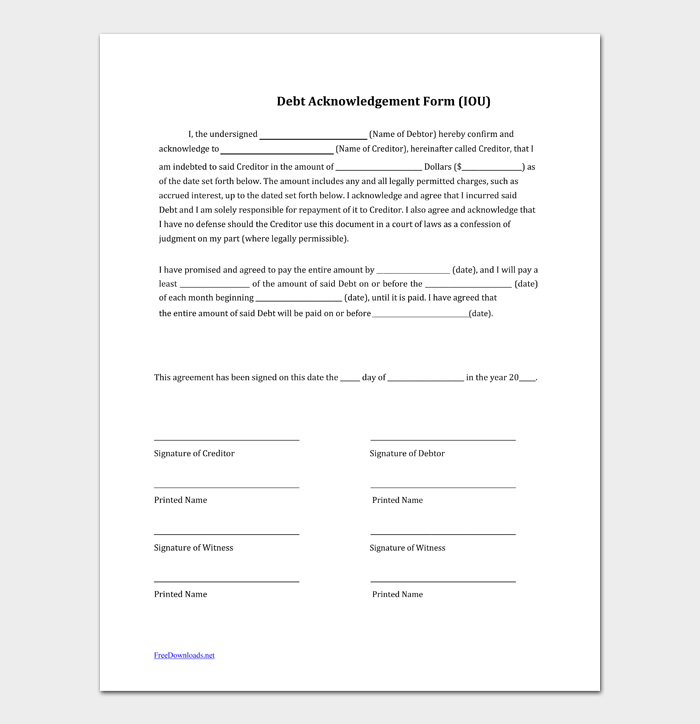 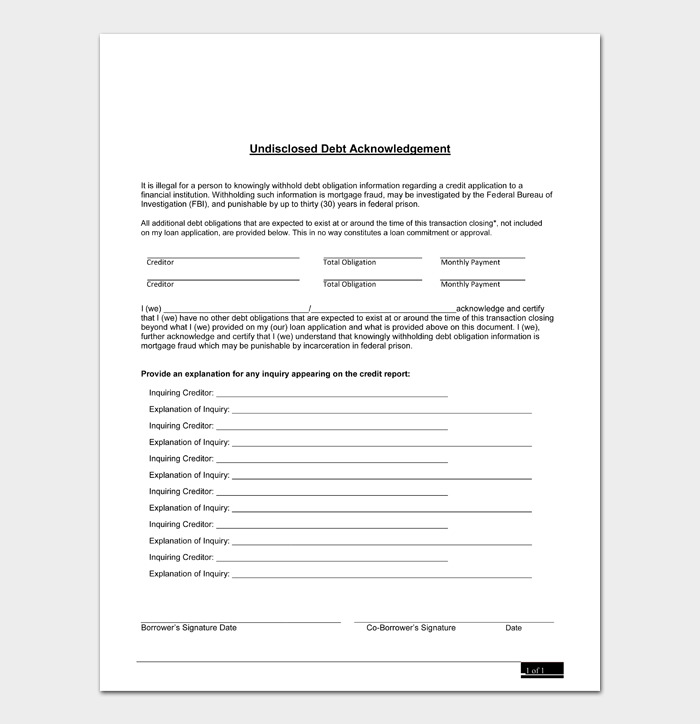 When Do You Need an IOU?

An IOU is an informal agreement between trusted parties. The note acknowledges debt without undergoing the legal complexities of drafting a loan agreement. Use an IOU when:

At the minimum, a well-written IOU should contain:

How to Write an IOU

IOU notes are easy to create. In case you encounter any difficulty, follow our easy-to-do steps on how to write one:

Write the legal names of the debtor and the lender. The lender may have different names such as payee, obligee, creditor, or holder. Similarly, the debtor may be a payer, obliger, debtor, or endorser.

State the debt amount that the debtor owes the creditor. Usually, after the debtor’s name, you include a phrase similar to “…recognize that I owe (creditor’s name) an amount of (amount in figures and words) as of (said date).”

Some IOU templates may include the date to repay the debt and even installment plans. In such as case, it would be prudent to use a promissory note instead.

Sign the note according to state requirements. Ensure the signatures are dated signatures of the borrower and lender.

Note: State laws governing an IOU vary. Some may require a notary public or witnesses to enforce the note legally.

With unclear laws surrounding the legality of an IOU, it may be prudent to use legally binding forms such as note payables for documenting debt. However, the notes can serve as evidence in court.

The Legal Implications of an IOU

An IOU note can confer some tax benefits when the IRS audits your tax returns regularly. It is best in such a case to have the IOU properly detailed and duly signed by the lender and the borrower.

Sometimes it is difficult to enforce an IOU in court. IOUs are informal agreements that acknowledge and promise to pay the debt—nothing else.

Tip: To prevent legal challenges in enforcing IOU notes, use promissory notes. Promissory notes detailed the interest rates, principal, and the consequences of failing to pay the principal by the set date.

Is a written IOU legal?

An IOU is an informal agreement. However, if you sign it in the presence of a notary public, the note may serve as legal evidence.

Is a bond an IOU?

A bond is a form of IOU. Usually, governments or financial institution issues bonds to source funds from investors to finance long or short-term projects. The institution will pay the investor the specified amount after the predetermined period set.

Is an IOU a cash equivalent?

Cash equivalents are any negotiable instruments and short-term liquid assets usually converted to cash within 90 days. A bookkeeper may record the IOU as a current asset on the balance sheet if the IOU is due in a short period. However, generally, many businesses do not consider IOUs as debt instruments.

What is the difference between a promissory note and an IOU?

IOUs may not have a good legal reputation but are still useful. Shakespeare famously stated neither a borrower nor a lender be should have the addendum unless you use an IOU.” Despite the notes being informal in their own right, they have paying obligations. Use the informal debt tools to acknowledge debt between family members and trusted family associates.

Disclaimer: This article does not constitute legal or financial advice. The post is for educational purposes only and should not be used as a substitute for legal advice from a qualified attorney. 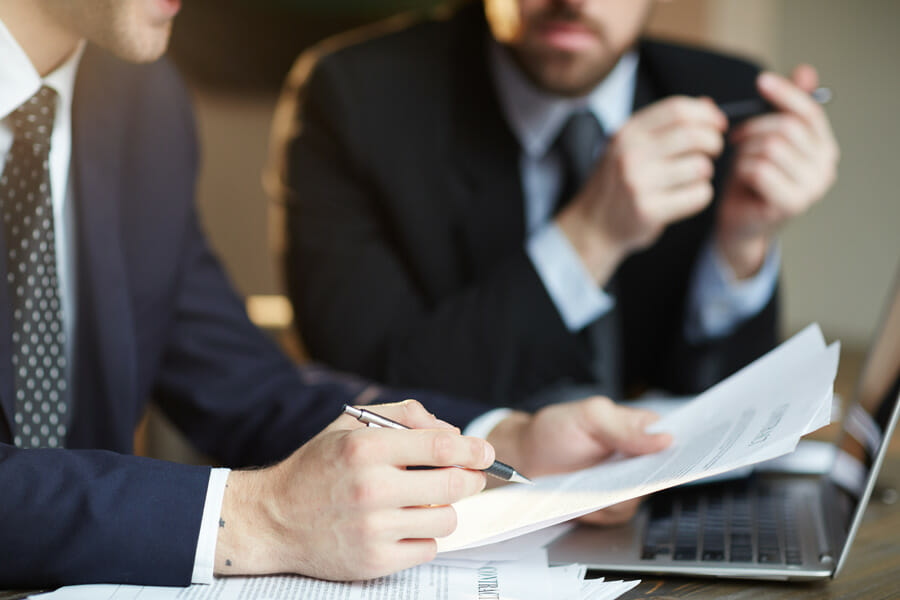 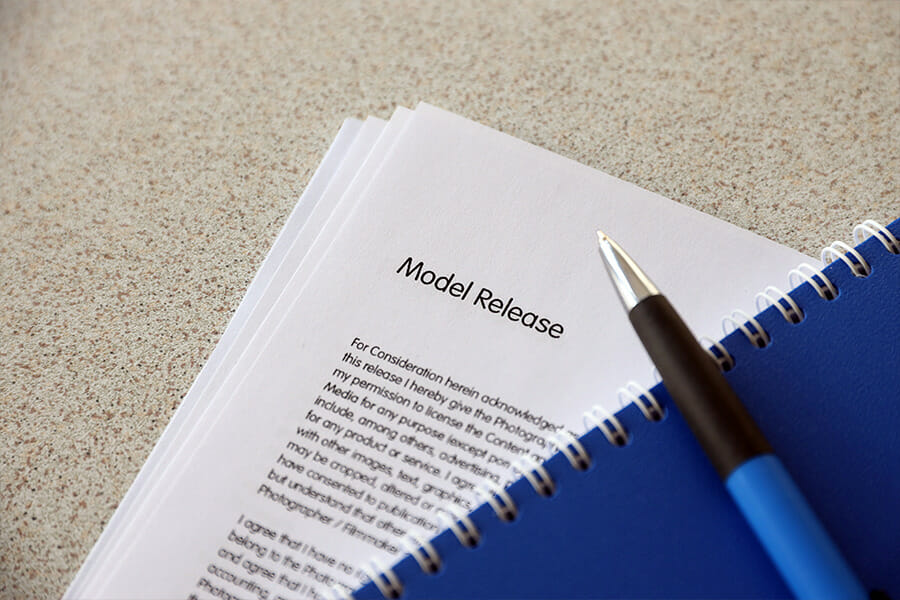 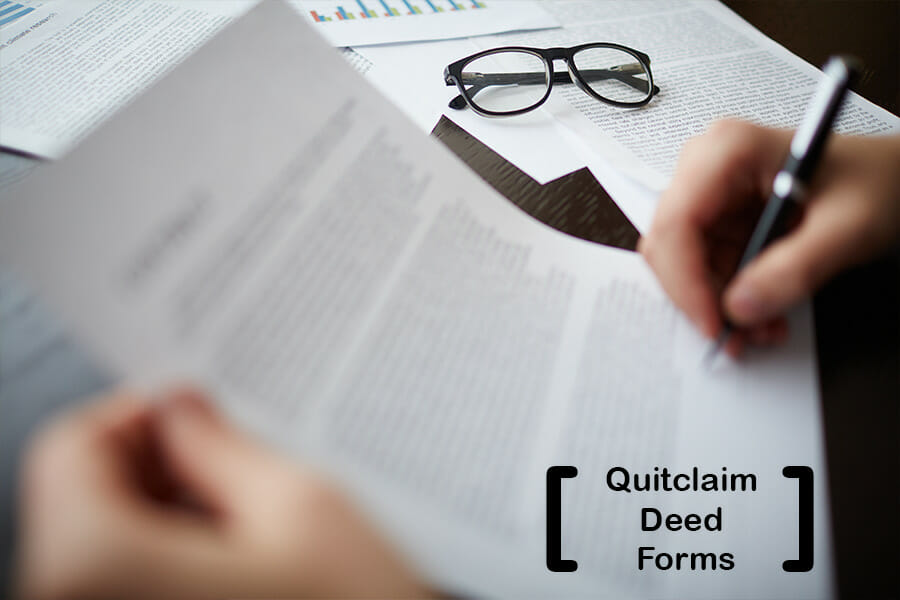 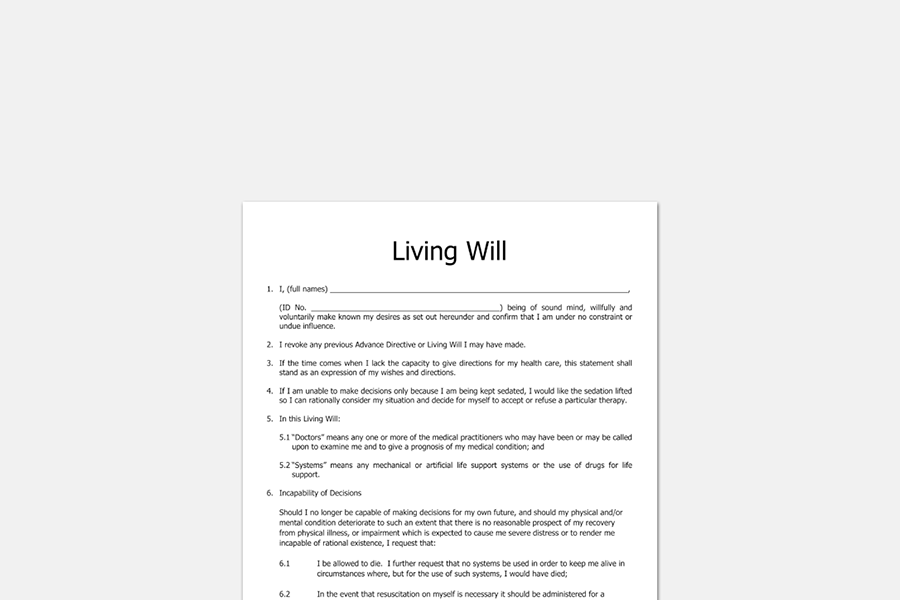 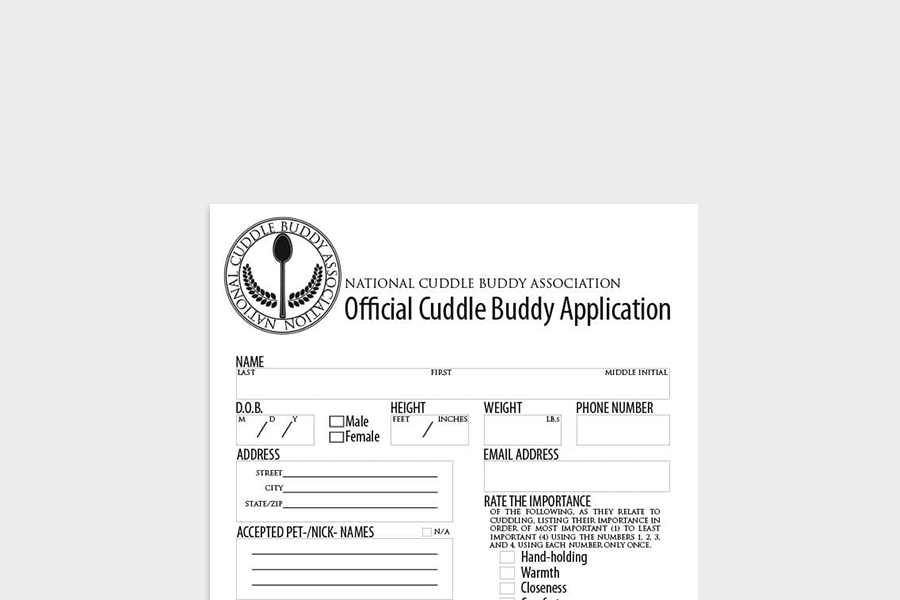 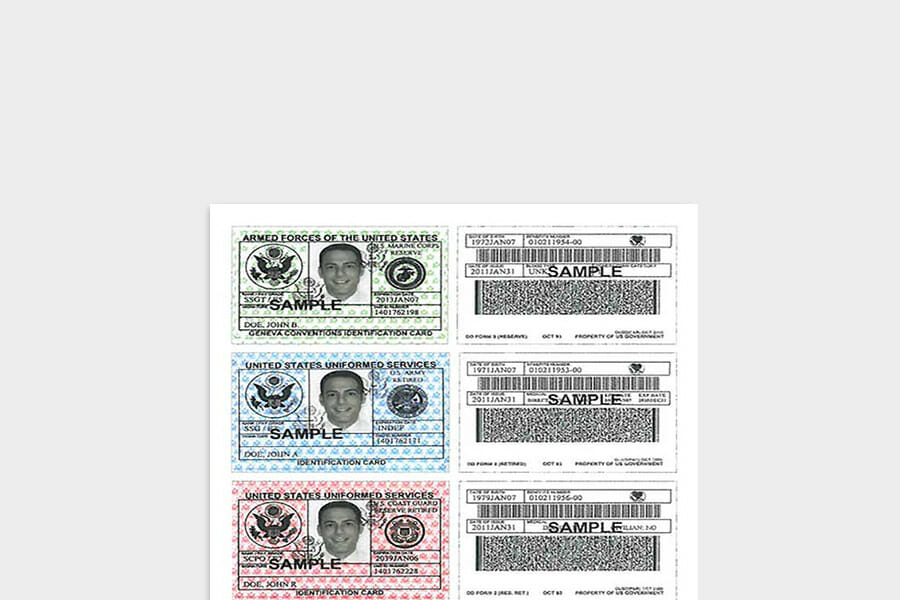 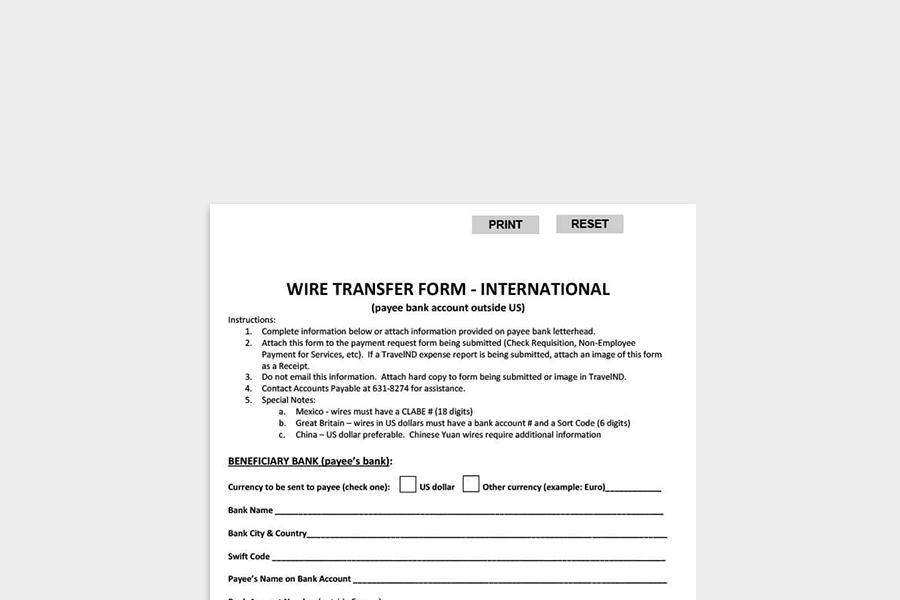 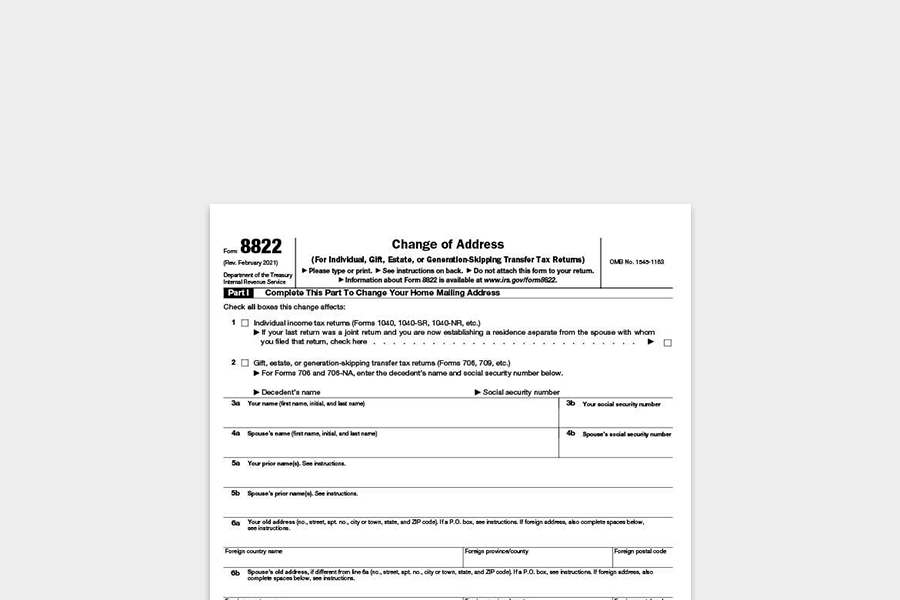