Sometimes, employees are treated unfairly at work. For instance, they may be dismissed or transferred to a new location without just reason. This is why it is crucial to learn how to write an appeal letter. Appeal letters can be used by anyone to challenge a decision or action they consider unjust. A student could send one to the dean to dispute being placed on academic probation and so forth.

An appeal letter should not be an emotional plea. It should state the facts of the complaint and be objective and professional. In this article, we explore appeal letters, their uses, and how to draft an appropriate one.

What Should You Include in an Appeal Letter?

At its core, an appeal letter contains three main components. Ensure you include the following in your message:

Always get straight to the point. You want the reader to get everything you are trying to communicate.

Tips for Writing an Appeal Letter

Appeal letters are professional correspondences. Maintain the utmost courteousness and professionalism. Additionally, stay away from any emotionally-charged statements. Here are more guidelines to help you achieve clarity:

My name is {your name}. I have been a(n) {student/employee/tenant} at {institution/company/residence} for {amount of time}. Recently, I was {explain the situation}. This came as a shock to me because {state why the situation is unjust/wrong}.

I am a {provide positive qualities}. In my time at the {institution/company/residence}, I have continuously displayed {skill/ability/positive attribute}. I have attached a copy of {relevant evidence}.

It is my sincere hope that you will {briefly suggest a remedy}.

Thank you for your attention to this matter. I look forward to hearing from you.

My name is Alexis Sanchez. I have been a computer technician at Hallmark Inc. for the past six years since 4 February 2014. Recently, I got transferred from the IT Department to the Marketing Department without warning.

This came as a shock to me as I have numerous accolades and awards to prove my software engineering skills. I have attached copies of my certificates and awards I received from the company over the years.

I hope you will allow me to return to my position as a computer technician.

Thank you for your attention to this matter. I look forward to your response.

Writing an appeal letter every time something goes wrong can be tedious and time-consuming. Here are a template and sample to help you draft an effective letter. You can customize them to meet your needs.

Appeal Letter for Termination of Employment

This is a letter written by a recently fired employee to challenge their termination. It states why the employee believes the decision was unfair and expresses their desire to get their job back.
Details
File Format
Download

Appeal Letter for Dismissal from Work

A dismissal appeal letter is written to challenge a punishment from an employer. For instance, if you are discriminated against and dismissed unfairly, you can use the letter to challenge the decision.
Details
File Format
Download

This letter is written by or on behalf of a student who missed out on a place at their preferred college. It is used to appeal the decision when the student believes the decision was unfair or against college policy.
Details
File Format
Download

This appeal letter is addressed to a school concerning several matters, such as an unfair expulsion. It should state why the decision being appealed was a mistake and how it could be remedied.
Details
File Format
Download

An appeal letter is used to challenge an authorizing body’s decision or action, such as suspending or dismissing you from work. Appeal letter samples provide examples you can use as a guide to appeal such disciplinary actions depending on your circumstances. 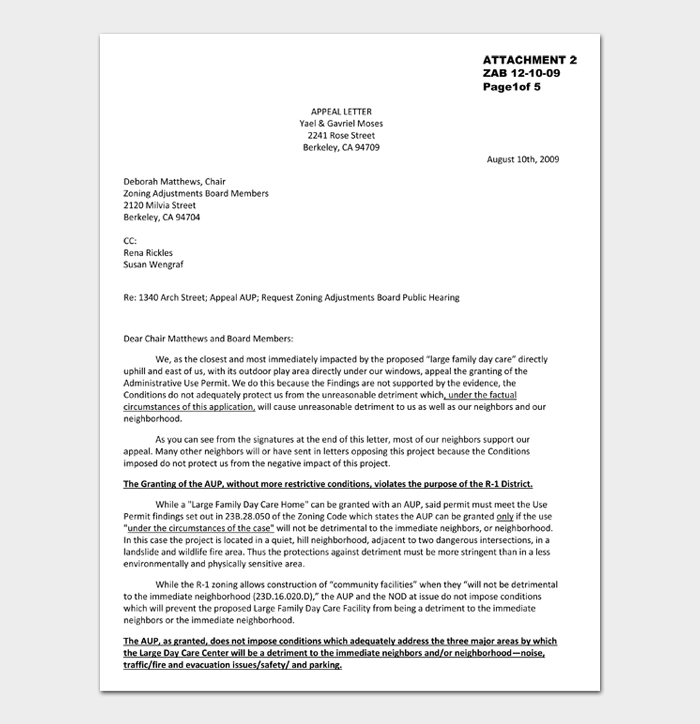 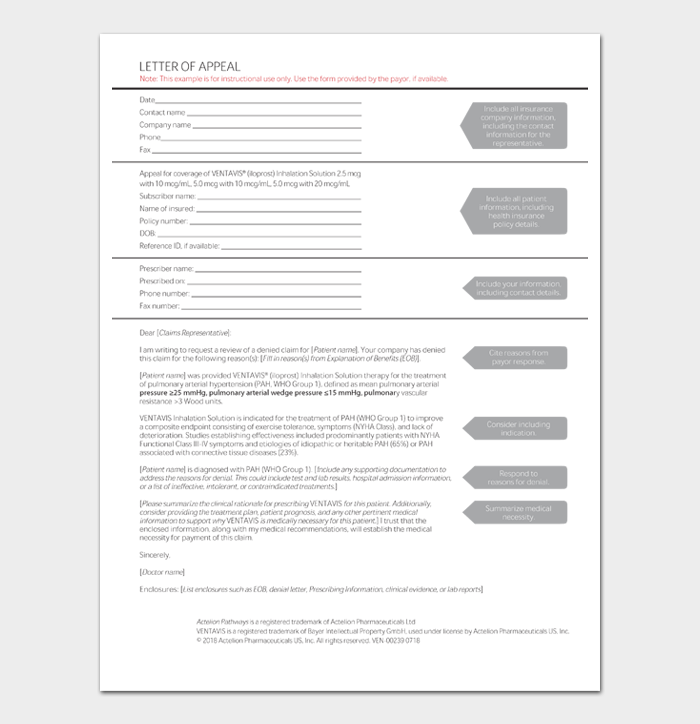 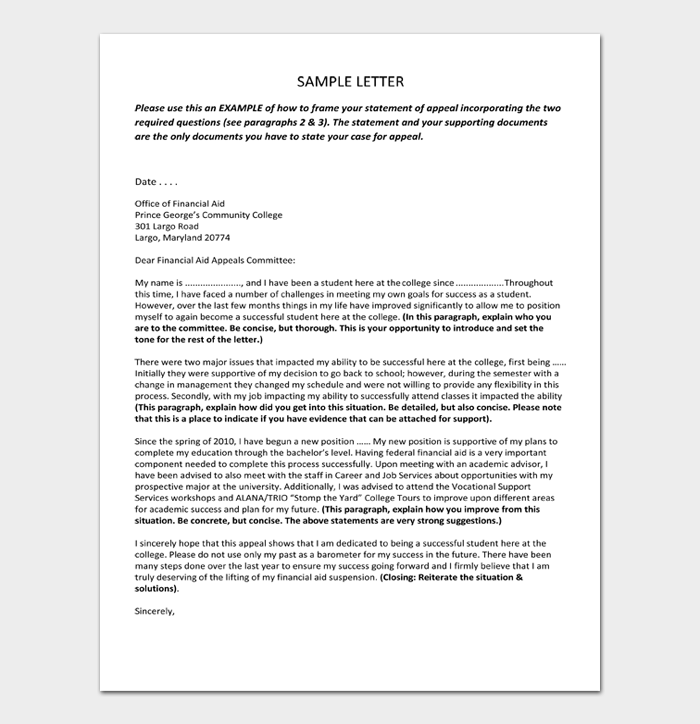 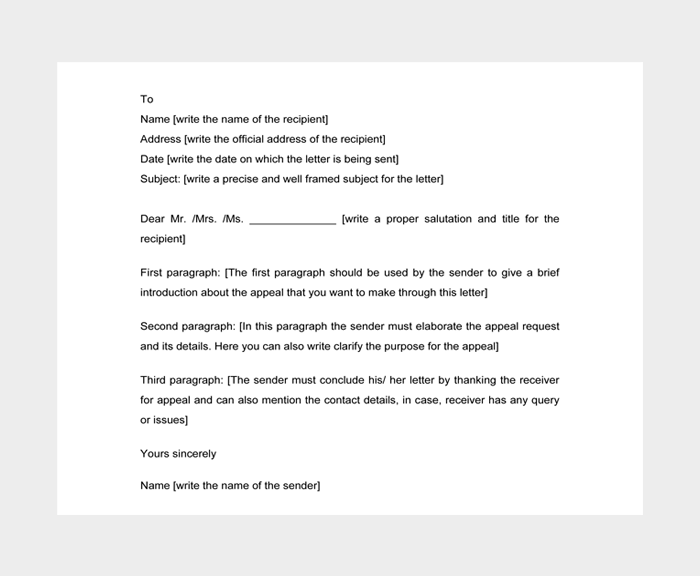 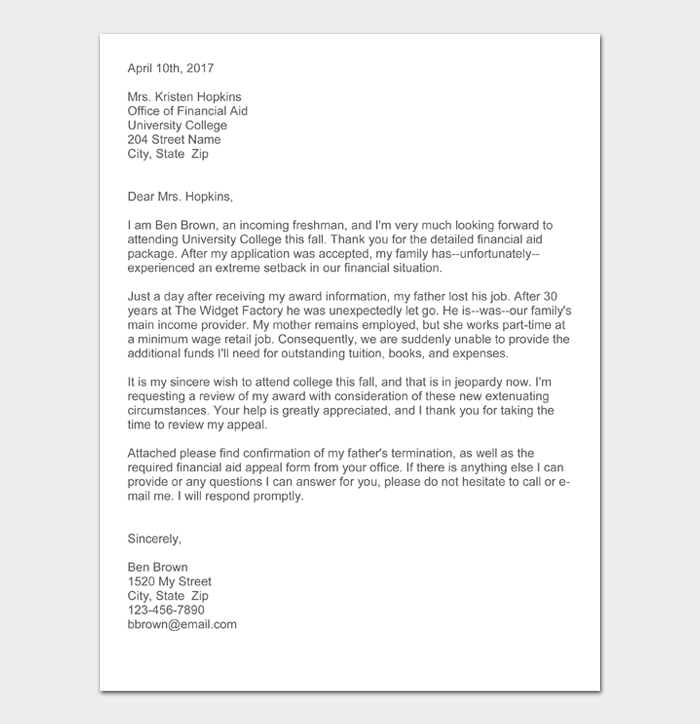 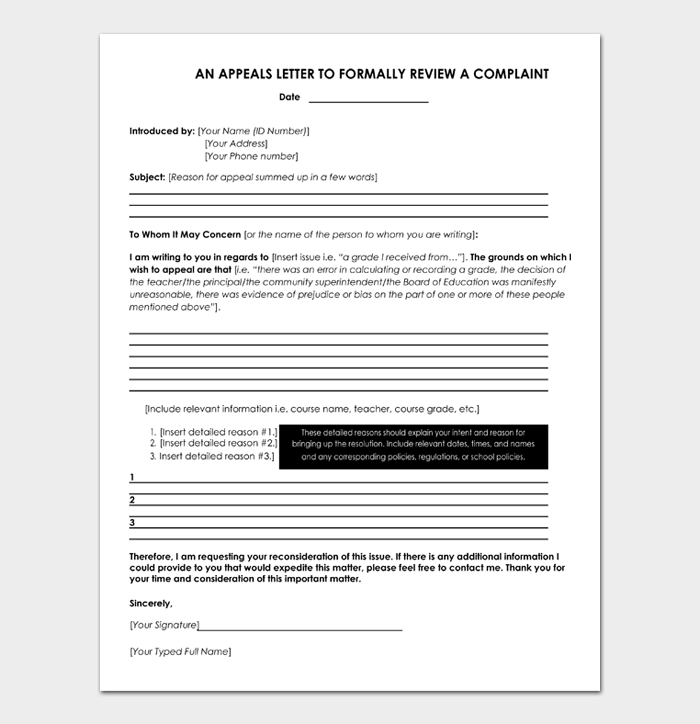 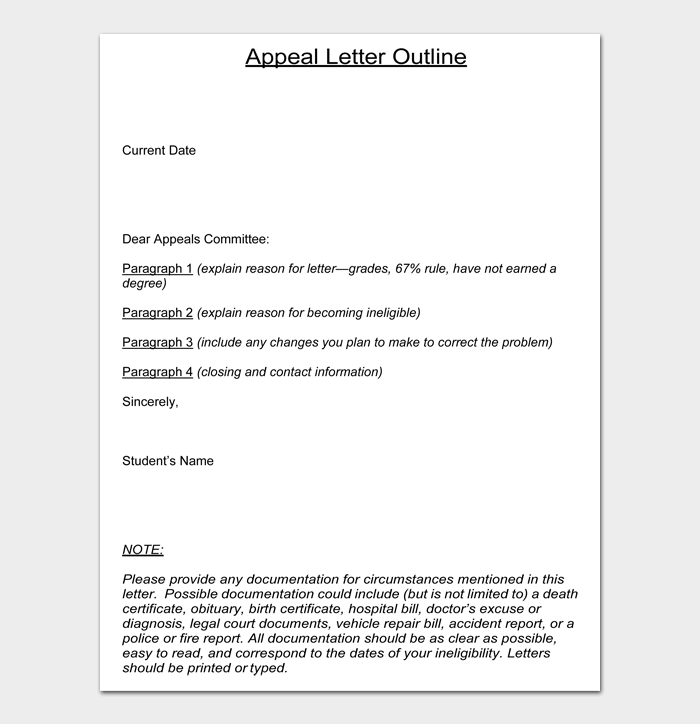 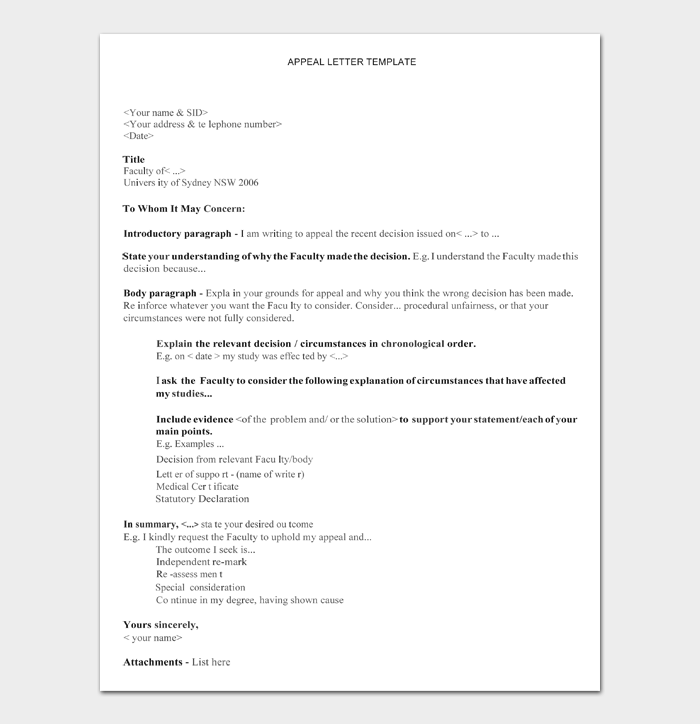 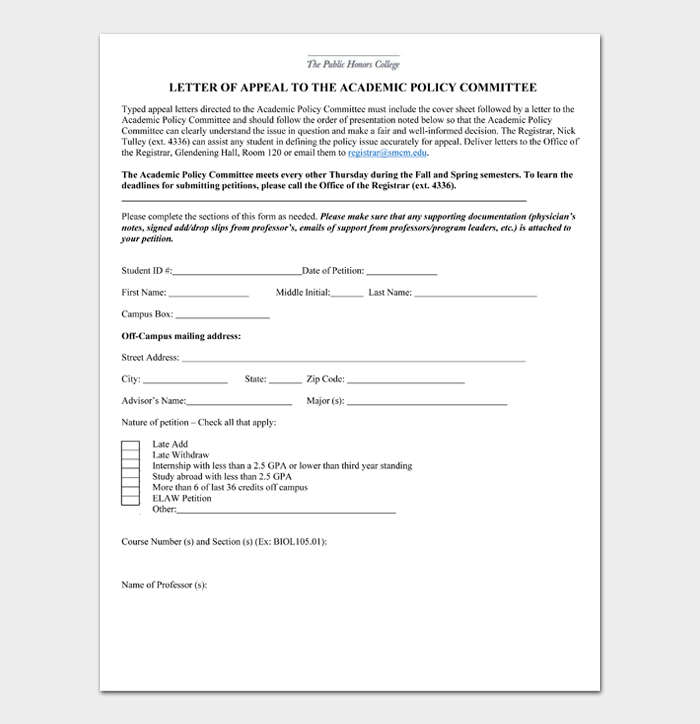 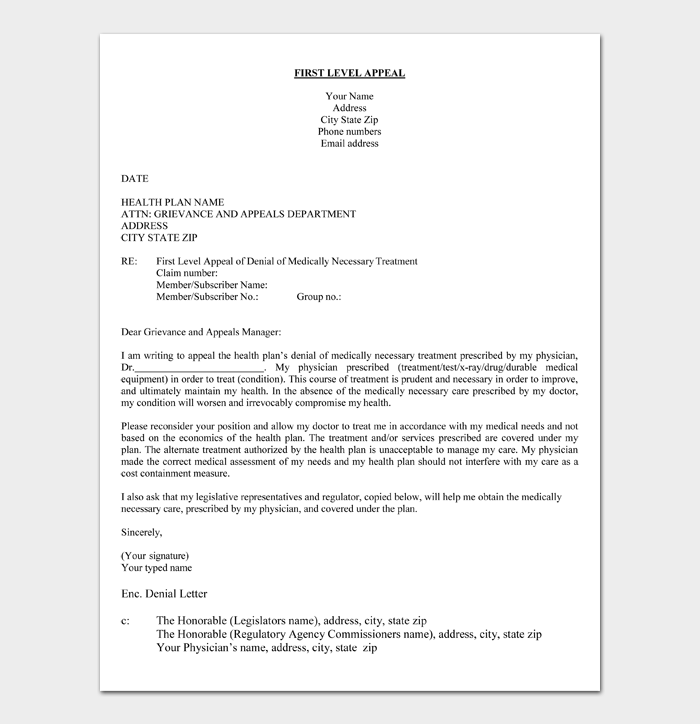 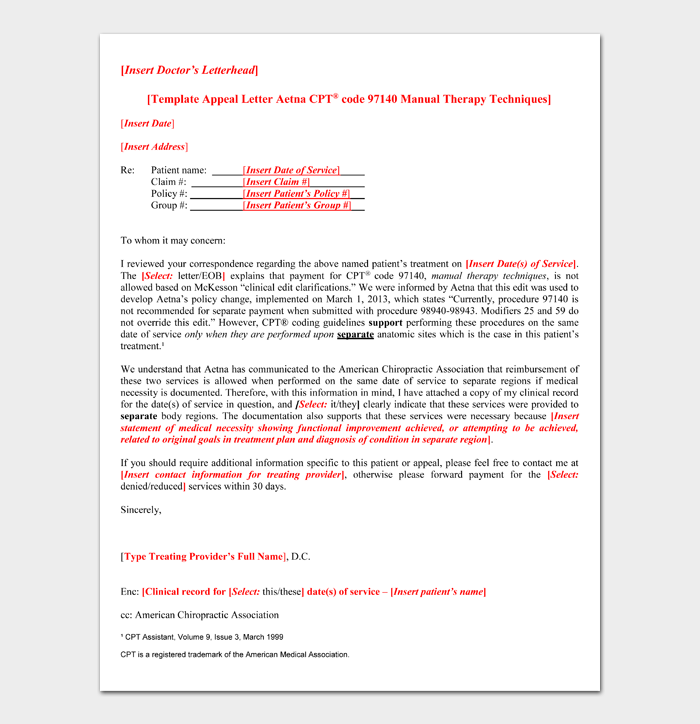 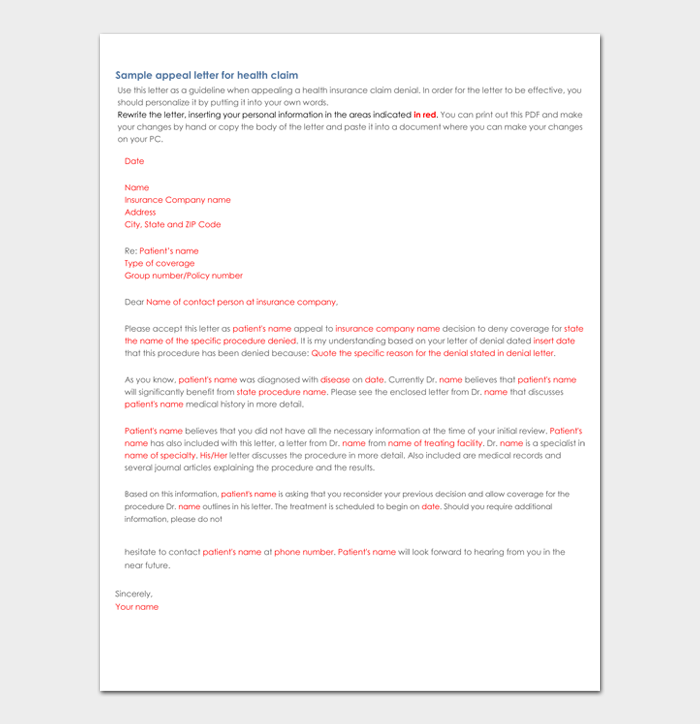 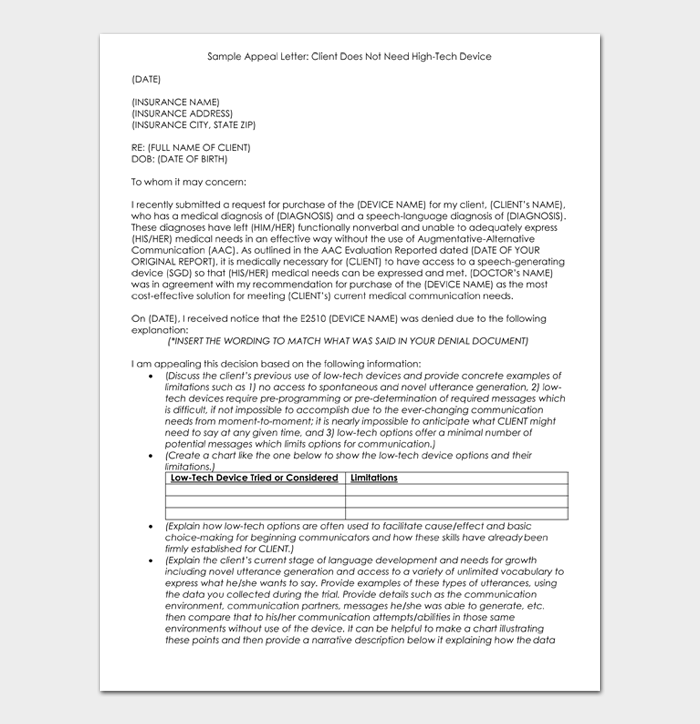 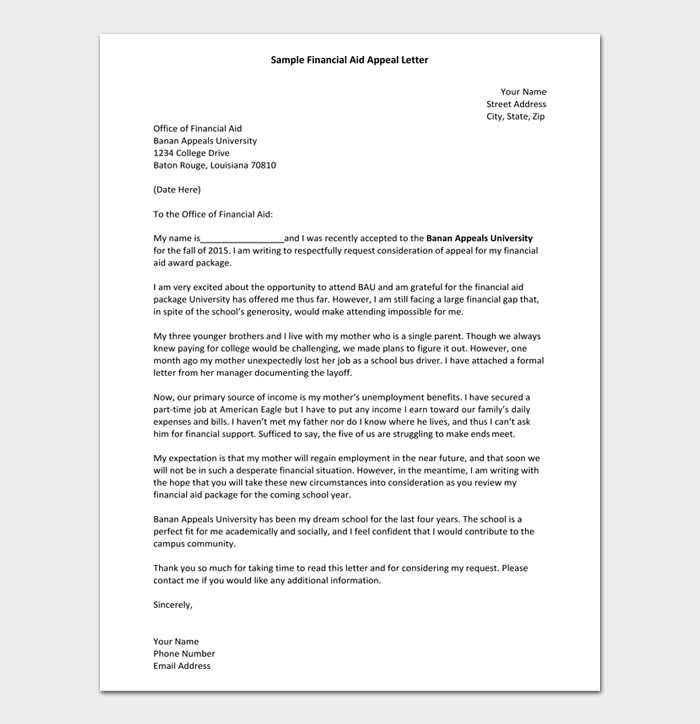 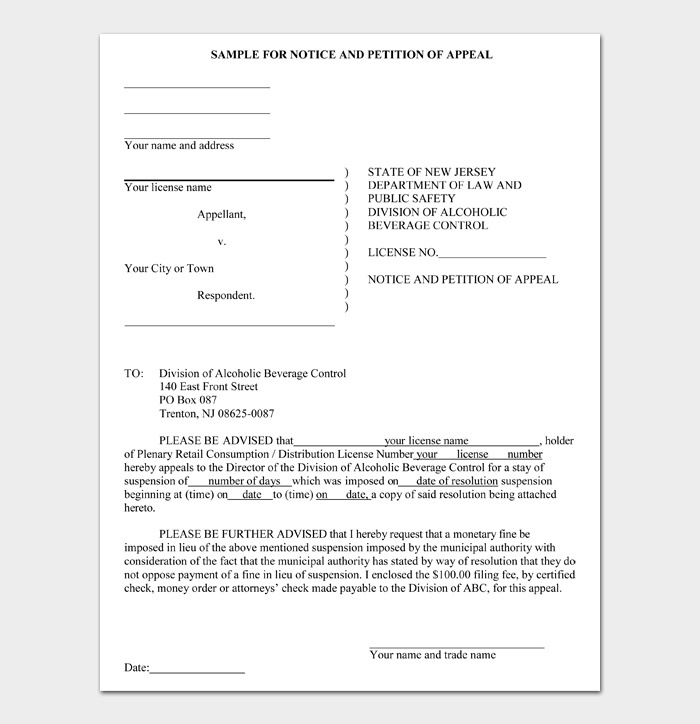 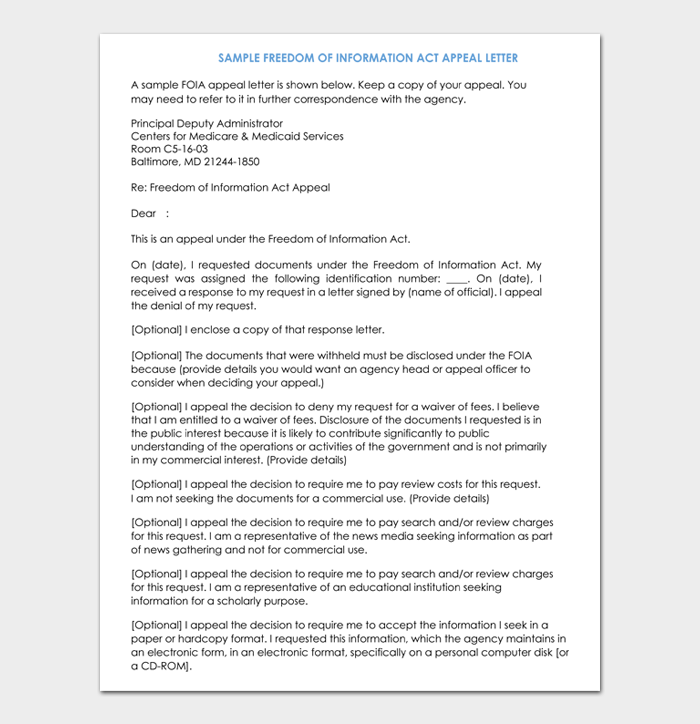 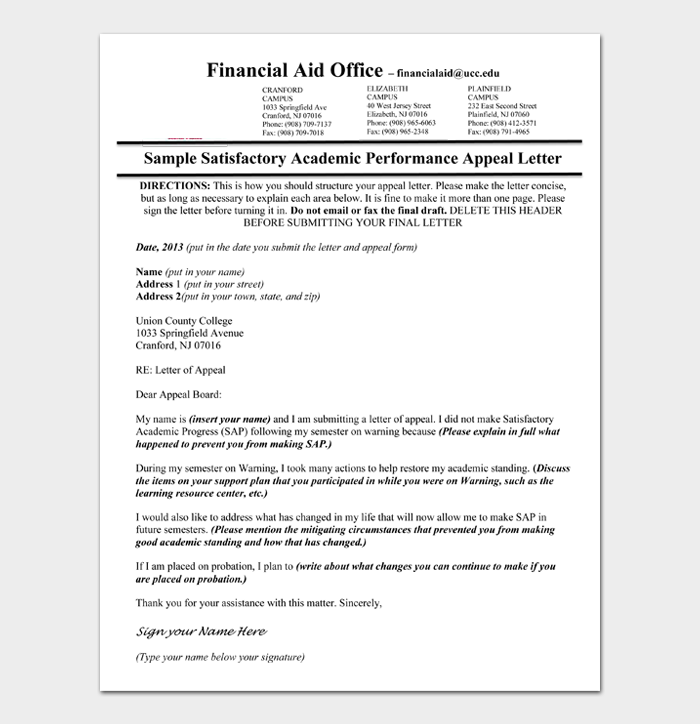 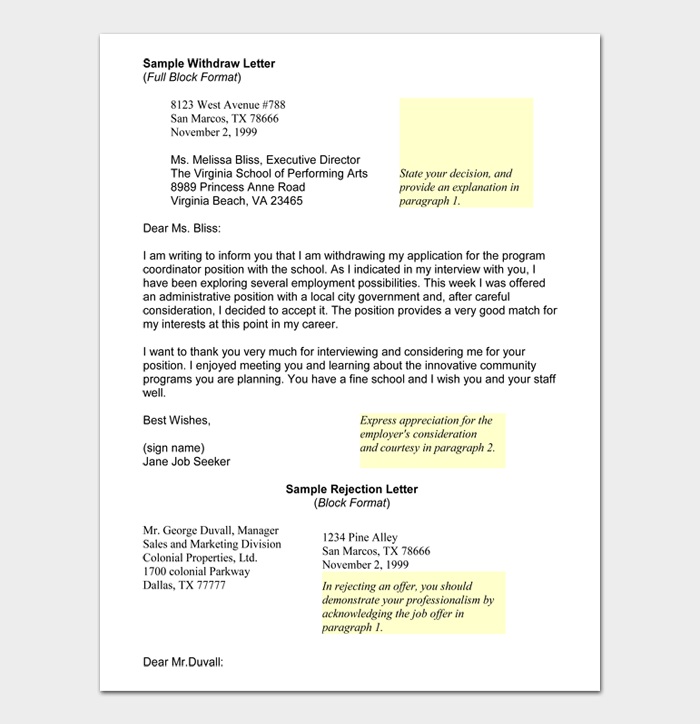 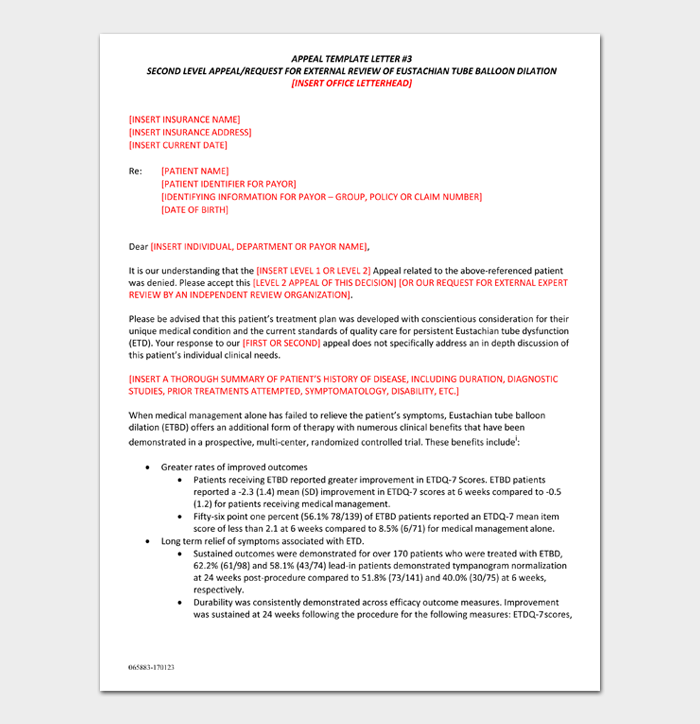 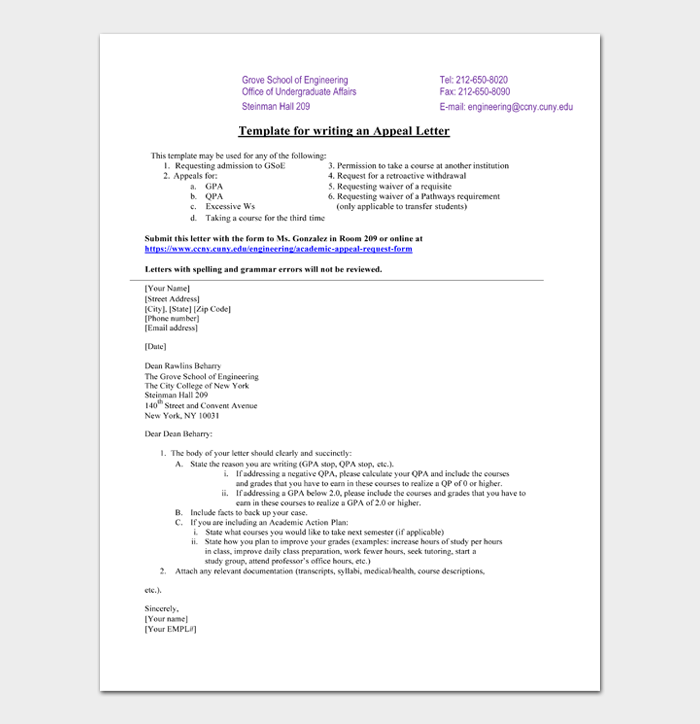 After sending an appeal letter, you should follow it up. Send a second letter and remember to state the facts without getting emotional. Don’t use an unnecessarily rude or accusatory tone. The standard time to wait before following up on an appeal letter is one week. However, you can do it in three days if the matter is urgent. 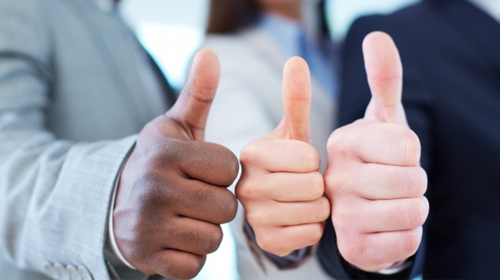 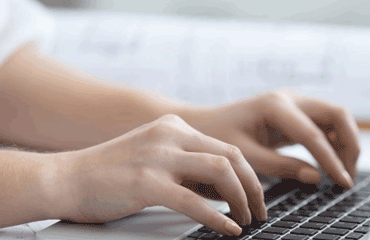 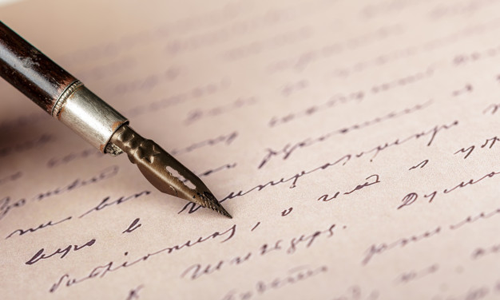